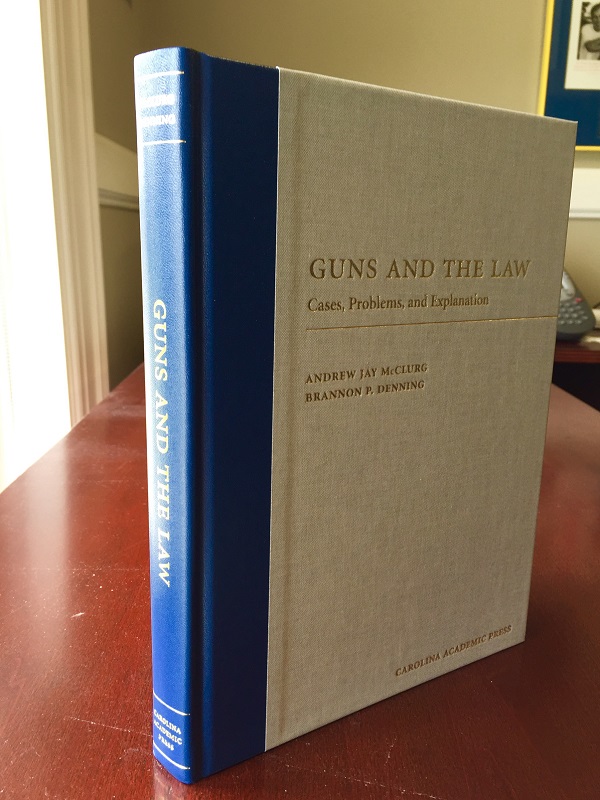 McClurg is a longtime researcher, teacher, and presenter on issues of U.S. firearms policy, with a previous book and many law journal articles on the subject. He has been interviewed about firearms policy by sources such as National Public Radio, Time, U.S. News & World Report, the New York Times, Washington Post, and Politifact.

Asked what he sees as the primary strength of the new casebook, McClurg said: "Balance. Brannon is a pro-gun rights scholar and I'm pro-reasonable regulation. Together, as we did in our other book, we kept each other honest. The truth is that reasonable arguments exist on both sides of nearly every gun issue in America."