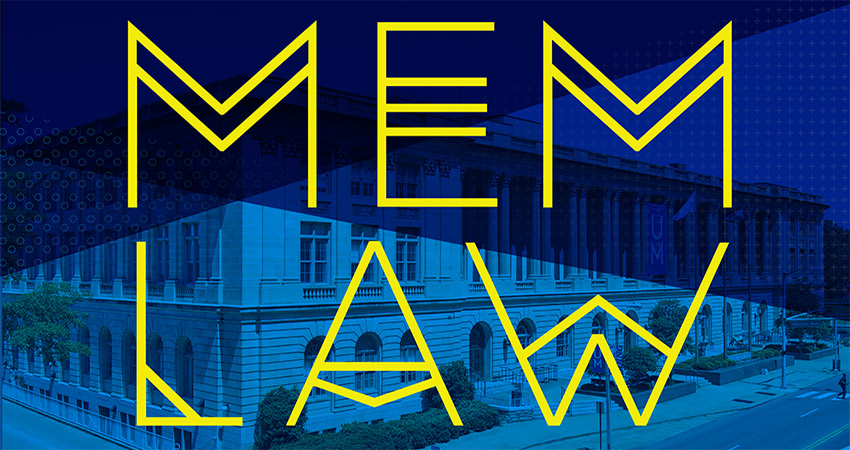 "It is incredible to have so many Memphis Law students gaining critical practice experience through the Law School's Externship Course this summer," said Daniel Schaffzin, Associate Professor of Law and Director of Experiential Learning. "Students emerge from Externship field placements and experiential courses generally that much more ready to practice law and to meet the high expectations of the future clients and employers on whose behalf they will work following graduation."

"Memphis Law students are once again taking advantage of outstanding Externship opportunities, not only in Memphis and Shelby County but throughout the state of Tennessee and beyond," said Adjunct Professor Shawn McCarver, the Career Law Clerk to Chief Judge S. Thomas Anderson of the United States District Court for the Western District of Tennessee who teaches a section of the Externship Course devoted to judicial externs and federal government field placements. "Our Externship program receives an unparalleled level of support and commitment from so many dedicated partners."

Through enrollment in the Summer 2019 Externship Course, Memphis Law students are gaining for-credit learning and work experience in the following field placements:

For more information about the Experiential Learning Program at the University of Memphis School of Law, please click here.