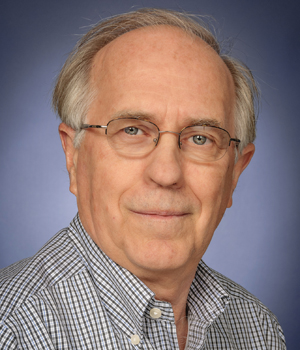 I joined the faculty at The University of Memphis (then Memphis State University) after receiving my Ph.D. from the University of Arkansas in 1974. I have served as Coordinator of Graduate Studies for the department and was also the departmental Chair. I currently teach courses in General Biology (BIOL 1120), Genetics (BIOL 3072), and Human Genetics (BIOL 4071/6071). I have won numerous teaching awards to include the University Distinguished Teaching Award, Thomas W. Briggs Foundation Excellence in Teaching Award, and W. Russell Smith Award for Teaching Excellence. Additionally, I have received the University Distinguished Advising Award. Most of my efforts are now devoted to the improvement of undergraduate science education in the department, especially in introductory biology. My research has addressed two major areas: 1) chromosomal mutations and their effects upon animals, and 2) genetic variation in animal populations. Karyotypic analyses have utilized nondifferentially stained and banded metaphase chromosomes. Genetic variation in populations has employed various electrophoretic techniques that allow estimation of the extent of polymorphism and heterozygosity within and among animal populations.