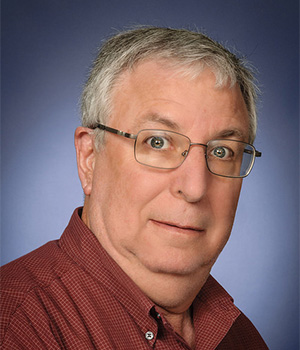 Dr. Schwartzbach came to the Department in 2001 from the University of Nebraska. He teaches Biology 3130 Cell Biology. He began his research career characterizing the coding capacity of the chloroplast genome and established his laboratory in Nebraska focusing on the photoregulation of chloroplast development in the protist Euglena. In the course of these studies he found that some Euglena proteins were synthesized as polyprotein precursors, that Euglena mRNAs contained a common trans-spliced 5' end and that Euglena transcripts did not contain the canonical intron exon junctions characteristic of most eukaryotic messages. His current research focuses on the unique ER to Golgi to chloroplast transport pathway for cytoplasmically synthesized chloroplast proteins and the process of secondary endosymbiosis responsible for the evolution of complex plastids; plastids surrounded by three or four membranes rather than the two membranes of higher plants and most algae.