The Pinch is an award-winning literary journal based at the University of Memphis, published twice a year. All MFA students work in some capacity as readers, contest coordinators, and editors of the magazine. We prioritize the work of emerging writers and are proud to say that approximately 90 percent of the work we published is discovered in our submissions by our students. We seek to publish diverse voices that speak from the periphery, as well as the center, of contemporary written and artistic expression.

The Pinch was founded by Professor William Page in 1980 under the name Memphis State Review. With the help of NEA funding, Page recruited many well-known writers to contribute to the publication, including Robert Bly, Philip Levine, Mary Oliver, Robert Penn Warren, and Margaret Atwood. In 1988, the journal became River City and continued to grow in reputation and literary quality. In 2006, under the editorial direction of Kristen Iversen, the journal transitioned to a new, cutting-edge design and became The Pinch.

The Pinch is supported by a generous grant from the Hohenberg Foundation. We are a non-profit journal for the arts.

The Pinch Presents, our program’s events series, is dedicated to bringing the best writers in the world to The University of Memphis to give readings from their work and stimulate conversation about contemporary literature; to offer conversations about fiction, nonfiction and poetry; and to work directly with student writers by discussing their manuscripts and talking about techniques and work habits.

Most recently, the series hosted readings with Adrian Matejka, Carmen Maria Machado, Andrew Martin, and Hanif Abdurraqib—offering our MFA students the chance to engage in discussions on writing, music, horror, & poetry’s power in the modern world. In March 2022, the Pinch will host Pulitzer-prize-winning poet Jericho Brown.

Over the years, the series (previously named The River City Writers Series) has featured: 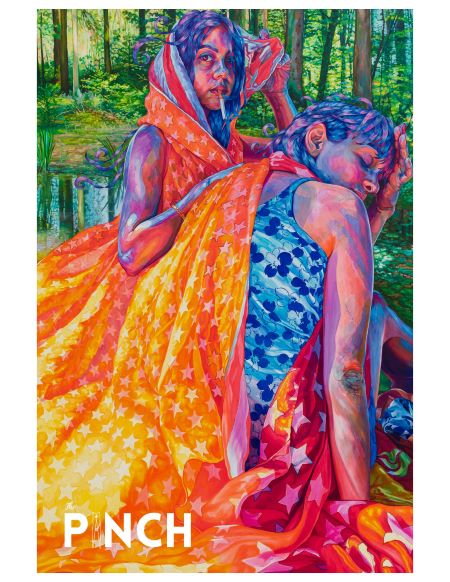 current edition of The Pinch, 42.2