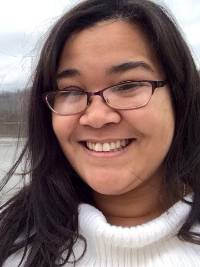 Ashley Craig wanted to tell you only that she was born a poor Black child in 1985 and that she currently lives in her own heart, gentle reader, but the higher-ups at the University of Memphis demanded more information and, sullenly, she provides.

Prof. Craig is the night editor at the Charleston Gazette-Mail in Charleston, West Virginia. She is a native of Charleston and attended West Virginia University where she earned a bachelor of science degree in journalism with a concentration in news-editorial. She started as a freelance writer at the Charleston Daily Mail in the summer of 2008 and quickly moved into an internship and then a full-time role as the paper’s public safety reporter. She was on that beat for seven years before moving to the city desk as the assistant city editor, a title she maintained when the Daily Mail merged with the Charleston Gazette, its across-the-hall rival, to form the Gazette-Mail.

Prof. Craig is a volunteer with the Black Girl Hockey Club, which started as a group of Black women who wanted to watch ice hockey games together and has grown into an international nonprofit aimed at promoting anti-racism, increasing diversity and inclusivity at all levels of the sport, raising money for Black girls to play the game, and being loud at hockey games. She is a longtime fan of the Pittsburgh Penguins and apparently the Seattle Kraken hockey clubs.

Prof. Craig is also an avid reader and lover of movies and music.