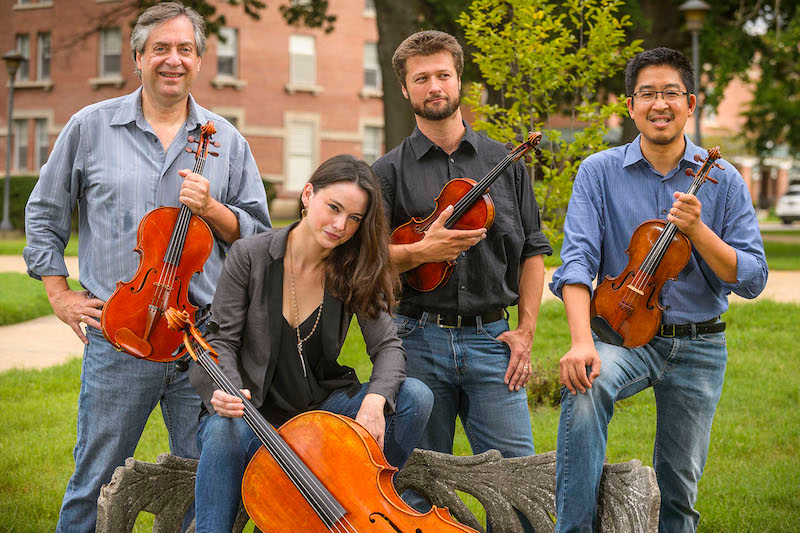 Since its inception in 1994, the Ceruti Quartet has brought chamber music to audiences of all ages in performances described variously as "spirited, richly colorful, and incisive" and "intimately poetic."  They have presented recitals in such venues as Weill Recital Hall at Carnegie Hall; the Goethe Institut in New York City; the National Assembly in Seoul, Korea; the Ford Center, MS; the Peace Center for the Arts, SC; and the Teatro Santa Isabel in Recife, Brazil. They have been featured artists for the Memphis Chamber Music Society; the Bechstein Hall Concert Series, AK; and both the Fine Arts Center and the Governor's School for the Arts, SC.  In addition to its formal concerts, the Quartet has been dedicated to fostering chamber music in the next generation of audiences and musicians through teaching/performing residencies in Tennessee, South Carolina, Michigan, Georgia, and New York.

The members of the Ceruti Quartet are members of the string faculty at the Rudi E. Scheidt School of Music at the University of Memphis, where they also direct the string chamber music program: Marcin Arendt and Timothy Shiu, violins; Lenny Schranze, viola; and Kimberly Patterson, cello.  Quartet members have served on the faculties of summer programs, including the Colorado Music Festival, Garth Newel Summer Festival and the Interlochen Center for the Arts.