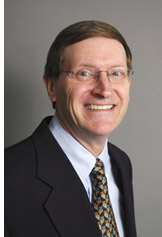 He is a reviewer for several journals and frequently reviews textbooks for publishers. He has published 48 refereed journal articles, 70 abstracts and authored 6 laboratory manuals.