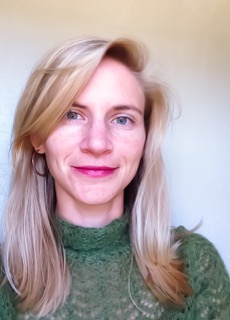 "Nuclear Ghosts and the Atomic Landscape of the American South," Environment & Society Portal, Arcadia, no. 19 (Autumn 2015). Rachel Carson Center for Environment and Society.

"The South's Legacy of Abandoned Nuclear Reactors," The State, published online November 7, 2017 and in print.

I am currently working on a book manuscript, Radioactive Dixie: A Nuclear History of the American South, which examines the nuclear industry in the US South, specifically commercial nuclear power and radioactive waste disposal. In Radioactive Dixie, I trace the origins of the region's love affair with the atom, its subsequent development, the conflicts which emerged as a result of nuclear plants and radioactive waste sites, and the long-term consequences of the industry. By studying the forces that orchestrated the South's nuclear developments and uniting top-down perspectives with local experiences, Radioactive Dixie illustrates the contested process of modernization, sheds new light on southern politics, and analyzes the environmental and technological inequities produced by nuclear sites. Radioactive Dixie shifts our focus away from metropolitan areas to rural communities—to the people and the places near nuclear reactors, radioactive waste facilities, and defense installations. Through this shift in focus, Radioactive Dixie interrogates how nuclear risks have been assessed, distributed, and ultimately, debated, and why nuclear risks have played an integral role in the South's transformation into a particular type of risk society.