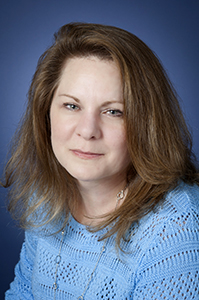 Rhonda Powers researches in Early Modern English literature, feminist theory, and modern drama, seemingly dissimilar areas, which are closely related by a preoccupation with, and anxiety over, representation(s). In studying the techniques authors use to represent their authority and deploy their texts, Powers argues that much of the anxiety of representation(s) in early literature and in our current concerns about diversity is based on issues of gender politics and national identity.