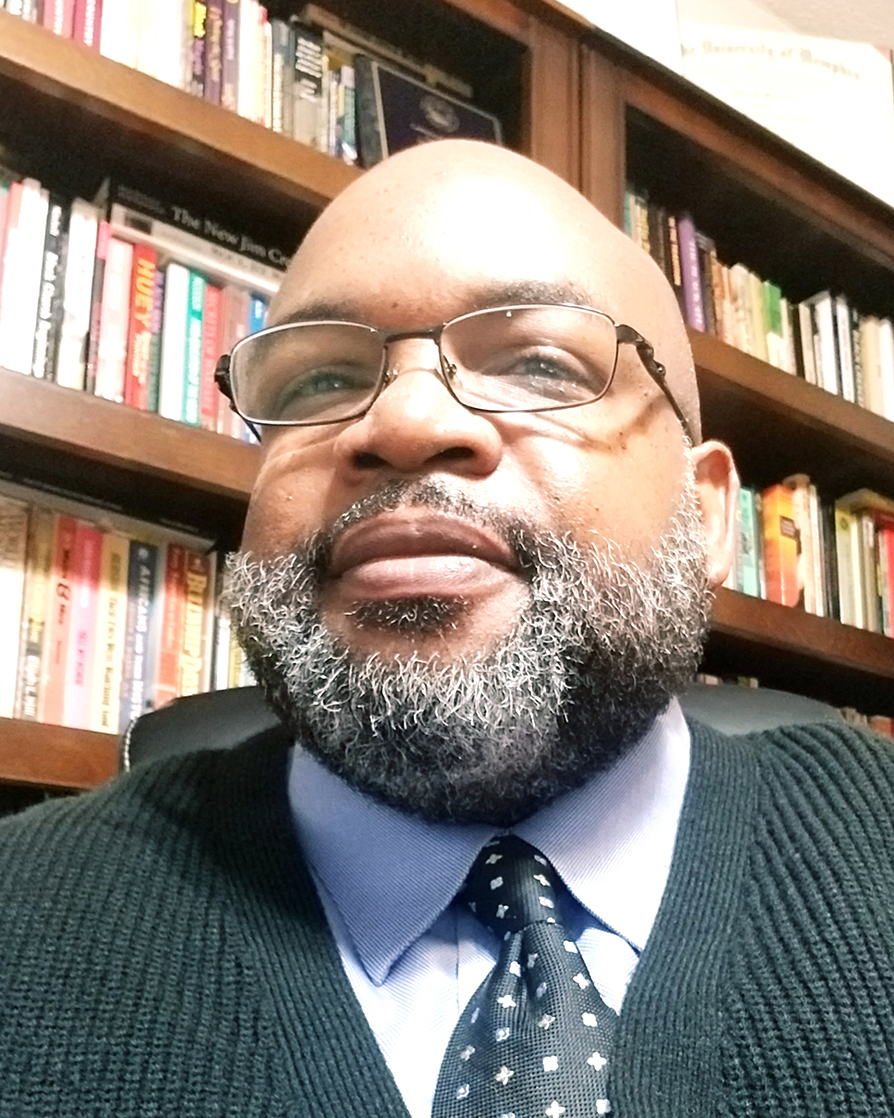 My research focuses on twentieth-century African American history and African American Religious History.  I am particularly interested in how the historical Black Church impacted the Black Freedom Struggle.  My book Bishop Charles H. Mason in the Age of Jim Crow reveals how a controversial black Holiness-Pentecostal preacher transformed a local migrant church into an urban phenomenon.  His distinctive use of infrapolitics (“veiled cultural struggle”) exemplified religious protests and how these rituals of resistance sustained black lives and helped to unite poor blacks and whites fighting for freedom in segregated Memphis, Tennessee.

While serving at Memphis’s historically black higher learning institution, I held leadership positions that fostered our students’ achievements.  I have directed LeMoyne-Owen College’s, Dr. W. E. B. Du Bois Scholars Program, the Alpha Kappa Mu Beta Chapter Honor Society, and the Center for African and African American Studies (CAAAS).  From 2013 through 2014, I, along with colleague and Sociologist Dr. Femi Ajanaku, coordinated the Association for the Study of African American Life and History’s [ASALH] planning meetings held at LeMoyne-Owen College.  Throughout the year, we helped organize the 99th Annual ASALH conference held in September 2014 at the Peabody Hotel in Memphis, Tennessee.

For five years (2010-2015), I served as a Project Member of Mayor A. C. Wharton’s Higher Education Initiative, “Transforming Memphis into a College Town.” While serving, I helped increase diversity and equity.  For example, my W. E. B. Du Bois Scholars participated in Mayor A. C. Wharton’s Student Leaders’ Meetings at City Hall.  These meetings included a socioeconomically diverse set of students representing all the colleges and universities (including University of Memphis students) in Memphis, Tennessee.  The sessions involved candid discussions with the Mayor, where our HBCU scholars were allowed to voice their thoughts and anxieties about the state of the city’s higher educational system.  The Mayor asked the undergraduates what Memphis college students enjoyed most about being students in Memphis and ideas for ways the City of Memphis might help enhance their college or professional school experiences.  Mayor Wharton said he wanted Memphis area students to know they are valued, their ideas matter, and their input counts. Our students were permitted to continue dialoguing with the Mayor throughout his two terms in office, and their contribution led the Mayor’s educational team to create the “Choose 901 Discount Card” (WWW.CHOOSE901.COM).  The new “Choose 901” student discount card enabled all Memphis college and university students to receive discounts on public transportation and in designated stores and restaurants.

Bishop Charles H. Mason in the Age of Jim Crow: The Struggle for Religious and Moral Uplift (Lexington Books, 2020).

“Working With Our Own Hands: Church of God in Christ Women in Tennessee,” in Tennessee Women: Their Lives and Times Vol. II eds.  Sarah L. Wilkerson Freeman and Beverly Greene Bond (University of Georgia Press, 2015).

What kind of Church is this: Histories of Protest and Survival in the Black Church?