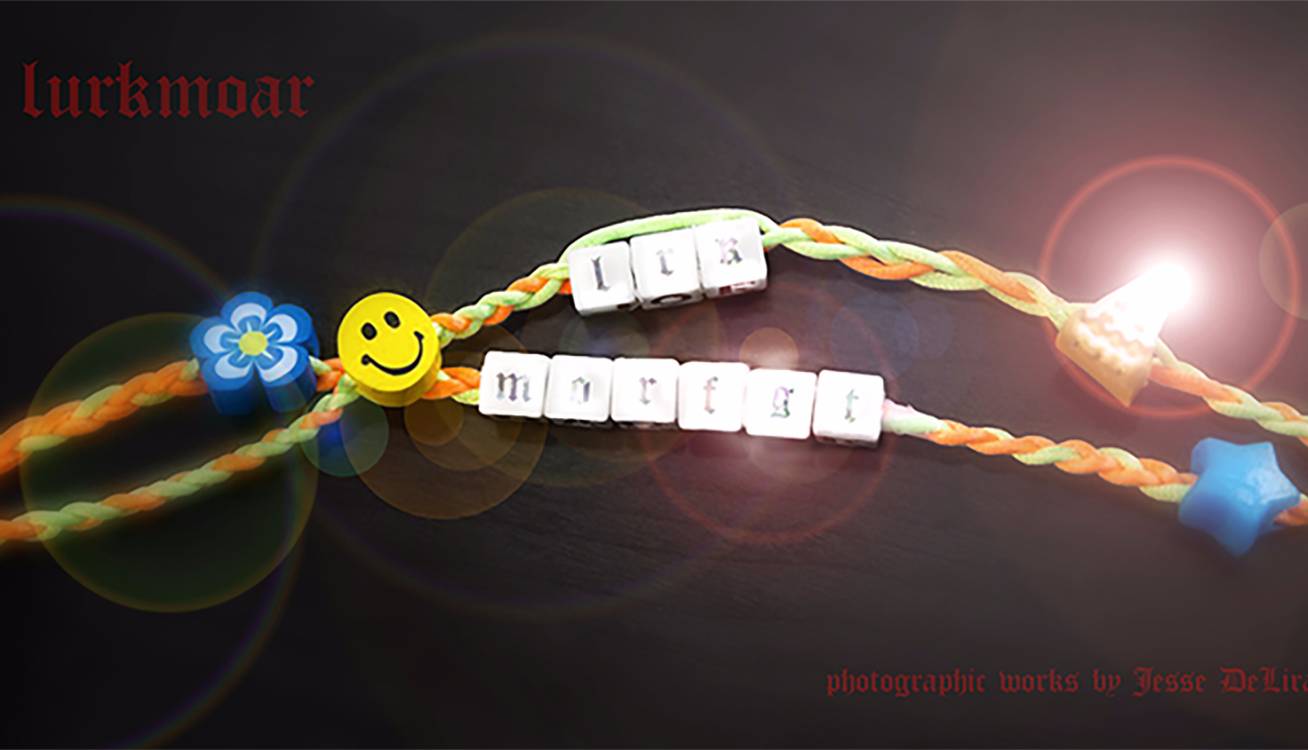 Lurkmoar, the MFA thesis exhibition of Jesse DeLira, contains photographs, found objects, and written materials produced using a variety of processes, both analog and digital. The work itself is based on a style of investigation that is termed "conspiracy theory" or "dot-connecting." From this viewpoint, geopolitical happenings are positioned as having ulterior motives. This presumes that an underbelly of powerful agents exists to control and manipulate current affairs so that natural and human resources are harvested for a use that is deemed appropriate. This dark lens sees the world as a stage for an elaborate ruse. If uncovered, it reveals to the awakened a totalizing system of technocratic slavery. There are a wide range of agents that play part in this supposed conspiracy.

This body of work focuses on the Illuminati, the Catholic Church, CERN, Freemasonry, occult ritual, and political parties. For the conspiracy theorist, these seemingly disparate subjects often overlap with each other; for this reason, the work itself is multi-layered, cacophonic, and occulted. Left to be distorted and confused, these bits of information are equally critical of both producer and subject as half-truths are rendered halfway visible.