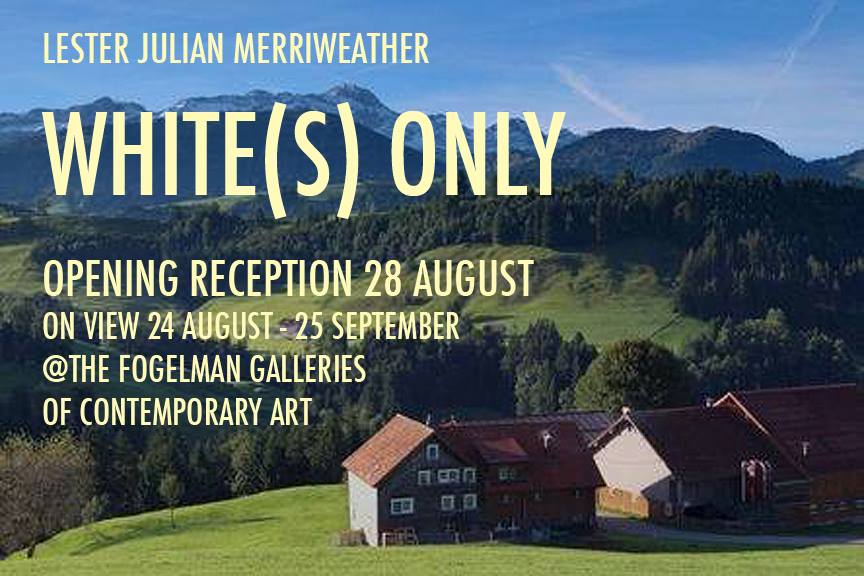 WHITE(S) ONLY seeks to reexamine "whiteness" in the United States from the early twentieth century to the present. Comprised of 22 works by Lester Julian Merriweather, the exhibition elaborates the themes, beliefs, and passions that have concocted America's ideologies in its struggle to deal within and against established institutions, often directly engaging their social contexts. Several works appear as renditions of beloved (to some) icons in a conscious effort to unsettle assumptions about America's racial climate. 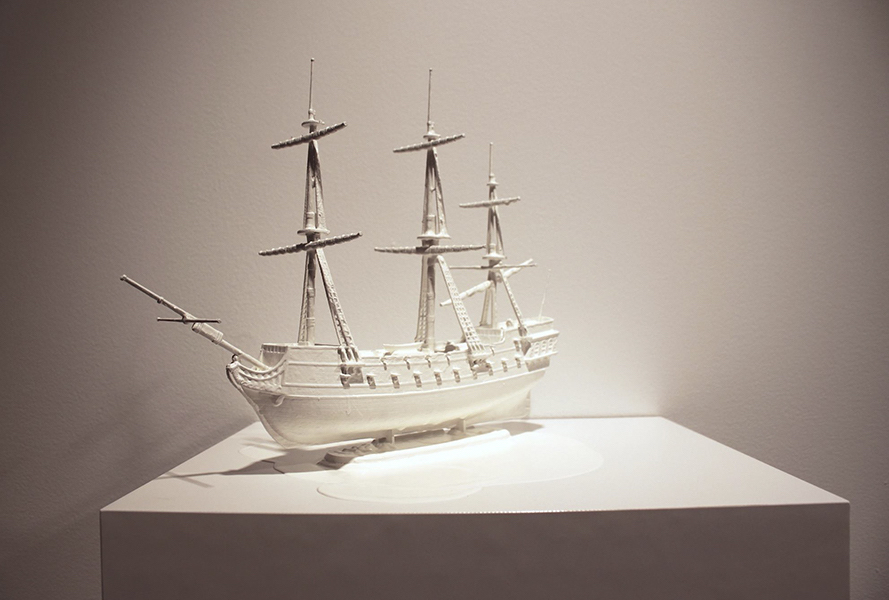 The exhibition title, WHITE(S) ONLY, comes primarily from a loaded history of signage that was commonplace to the American era of Jim Crow and the South African era of apartheid. Metaphorically, the title seeks to examine the ever-changing language that encompasses "whiteness" in very literal visual forms. It also underscores the difficulty of neatly defining the country's ethos and inhabitants, a challenge that lies at the heart of understanding America's continually evolving relationship with People of Color. The exhibition's narrative stems from an unending search for culturally in-sensitive titling of everyday household items (specifically here, paint products). The exhibition's installation is a combination of new works on canvas and silkscreens juxtaposed with related found imagery and objects.

WHITE(S) ONLY constitutes a kind of collective memory—one that represents a range of conflicting attitudes toward what America might represent to some as well as what that representation means to/for others. By simultaneously mining and questioning our past, we do not arrive at a comprehensive conclusion, but at a moment ripe with new questions for all to consider.
All works are courtesy of the artist.