All events hosted by the Marcus W. Orr Center for the Humanities will be virtual, available via Zoom and/ Facebook, for the 2020-21 academic year. Please RSVP to receive full event information and an invitation to the virtual session.

The Fire Is Upon Us: James Baldwin, William F. Buckley Jr., and the Debate over Race in America 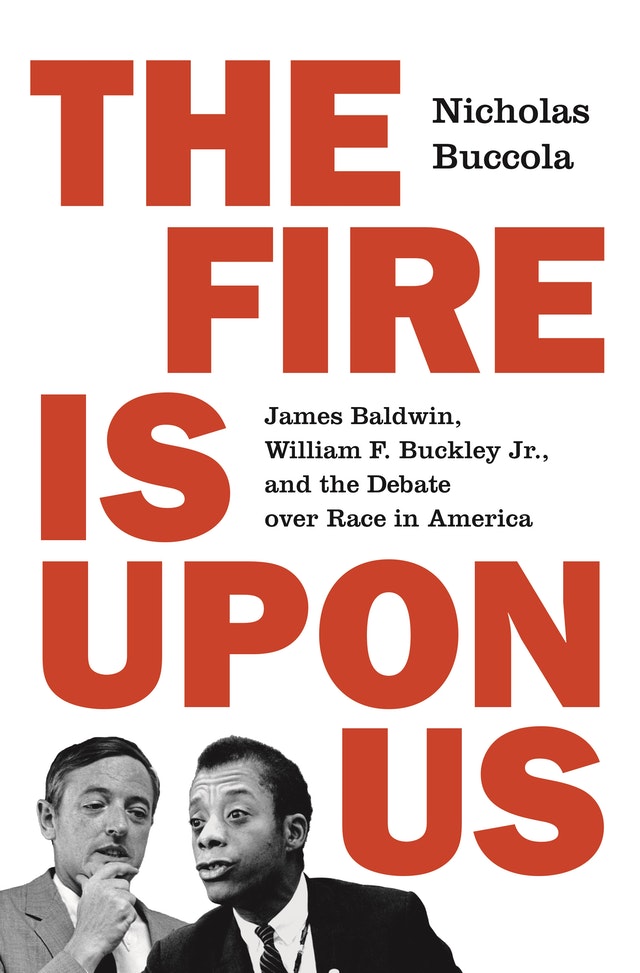 Nicholas Buccola in a virtual conversation with Terrence Tucker (English, University of Memphis) about his recent book The Fire Is Upon Us: James Baldwin, William F. Buckley Jr., and the Debate over Race in America

On February 18, 1965, an overflowing crowd packed the Cambridge Union in Cambridge, England, to witness a historic televised debate between James Baldwin, the leading literary voice of the civil rights movement, and William F. Buckley Jr., a fierce critic of the movement and America's most influential conservative intellectual. The topic was "the American dream is at the expense of the American Negro," and no one who has seen the debate can soon forget it. Nicholas Buccola's The Fire Is upon Us is the first book to tell the full story of the event, the radically different paths that led Baldwin and Buckley to it, the controversies that followed, and how the debate and the decades-long clash between the men continues to illuminate America's racial divide today. A remarkable story of race and the American dream, The Fire Is upon Us reveals
the deep roots and lasting legacy of a conflict that continues to haunt our politics.

Nicholas Buccola is is a writer, lecturer, and teacher who specializes in the area of American political thought. He is the Elizabeth and Morris Glicksman Chair in Political Science at Linfield University in McMinnville, Oregon. He is the author of The Fire Is upon Us: James Baldwin, William F. Buckley Jr., and the Debate over Race in America (Princeton University, 2019) and The Political Thought of Frederick Douglass: In Pursuit of American Liberty (New York University Press, 2012). He is the editor of The Essential Douglass: Writings and Speeches (Hackett, 2016) and Abraham Lincoln and Liberal Democracy (University Press of Kansas, 2016).

The History and Philosophy of Black Lives Matter

Anika Simpson is Associate Professor in the Department of Philosophy and Religious Studies at Morgan State University.  She also served as the coordinator MSU's Women's and Gender Studies program, which was established under her leadership, and was co-chair of the LGBTQA Advisory Council. Her publications have primarily focused upon black feminism and African-American philosophy. She is currently working on a manuscript entitled Single Black Mother: Queer Reflections on Marriage and Racial Justice.

Charles W. McKinney is the Neville Frierson Bryan Chair of Africana Studies and an associate professor of history at Rhodes College. He is the author of Greater Freedom: The Evolution of the Civil Rights Struggle in Wilson, North Carolina (2010) and the editor, with Aram Goudsouzian, of An Unseen Light: Black Struggles for Freedom in Memphis, Tennessee (2018), an exploration of the Black freedom struggle from Reconstruction to the beginning of the #BlackLivesMatter movement.

Simon Balto, winner of the 2019 Hooks National Book Award, will discuss his book, Occupied Territory: Policing Black Chicago from Red Summer to Black Power, a powerful work of history that speaks directly to our current crisis over race and policing. Occupied Territory is meticulous and engaging with conclusions that are provocative and convincing. It informs a national conversation about the racist foundations of the criminal justice system.

Read more about the the Hooks Institute's National Book Award by clicking here.

Publishing in the Pandemic: A Roundtable

A roundtable about academic publishing in uncertain times with James G. Thomas (Center for the Study of Southern Culture, University of Mississippi), Liz Lane (Assistant Professor of English, Co-Founder of Spark journal), and Remy Debes (Associate Professor and Chair of Philosophy, Editor of Southern Journal of Philosophy). This event is sponsored by the Marcus W. Orr Center for the Humanities.