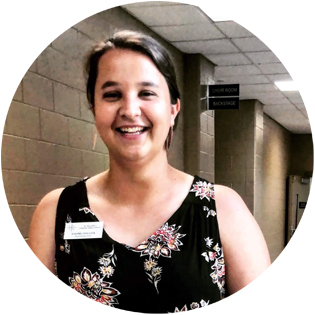 Naomi Burns graduated from the University of Memphis where she received both her bachelor's and master's in music education. Immediately after graduation, she began her teaching career at St. Benedict at Auburndale where she taught a variety of courses including concert band, marching band, jazz band, and orchestra. She was able to double enrollment within three years and founded both the marching band and the Tri-M Music Honor Society. In October 2021, Naomi took over the choir and band position at Munford Middle School. She has presented at the Amro’s Young Directors Clinic on a board discussing tips and tricks to starting your career. In her session, Naomi hopes to share what she has learned in five years and what she has discovered in kickstarting now two programs. 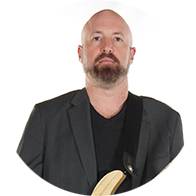 Dr. Scott Burstein is the National Director of Teaching and Learning for the non-profit Little Kids Rock. His duties include managing Little Kids Rock’s musical content, curriculum, and professional development. He previously taught 12 years of public high school in Los Angeles, with subjects ranging from Marching Band to AP Music Theory. Scott studied music at the University of California, Santa Barbara, the Eastman School of Music, and received his DMA in Music Education at the University of Southern California. He is also one of the authors of the award-winning "The Modern Band Method" book series. 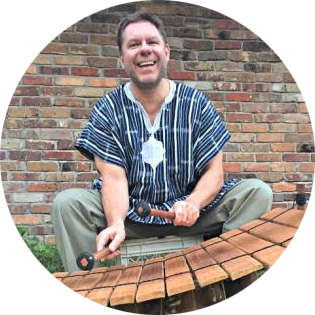 Dr. Robert J. Damm is Professor of Music and Director of Music Education Partnerships at Mississippi State University.  An active percussionist, his recitals have showcased many world music instruments such as African xylophones, berimbau musical bow, cajon, congas, djembe, darbuka, various frame drums, and steel drums.  His programs have also featured diverse musical styles in which he played the marimba, vibraphone, timpani, multiple-percussion, and drum set.  His freelance performing activity includes work with Big Joe Shelton and the Black Prairie Blues Ambassadors, Jesse Robinson and the Hip Waders, Blues Axis, and the Hep Cats Jazz Trio.  He studied music and culture in Cuba, Ghana, and Mali.  He published articles concerning the positive effects of drumming on children with autism, the jembe in Mali, Mississippi hill country fife and drum, the bamboula rhythm of New Orleans, the fanga rhythm and dance, classic rudimental snare drum repertoire, samba, and the udu (musical clay pot) of Nigeria.  His current research is on drum circles as well as musical traditions of the African diaspora (i.e. Pinkster, Congo Square, and Junkanoo).  He is a certified Orff-Schulwerk teacher and a Smithsonian Folkways certified teacher of world music.  He directs Jembe Den, an African percussion ensemble comprised of his students, who play for cultural and educational programs throughout Mississippi.  He is the coordinator for the Minor in Music and Culture which he developed for students with an interest in non-Western music, especially the music of Africa and the African Diaspora. The minor features an interdisciplinary approach to exploring music and supports MSU's vision of diversity and global involvement.  He teaches courses in the Music and Culture curriculum including Music of Africa, Music of Latin America, African American Music, and Native American Music.  He teaches a drum circle class for First-Year Experience students and facilitates drum circles for recreational/educational events throughout Mississippi.  Dr. Bob’s teaching reflects his commitment to community engagement, best practices in interdisciplinary collaboration, experiential learning, and the African philosophy of human interconnectedness known as Ubuntu. 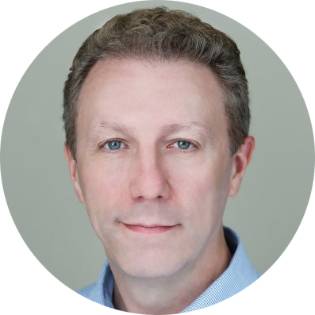 Dr. Foust has worked as a music teacher and fine arts administrator for over 20 years in Kentucky, Oregon, and Tennessee. From 2009-2013, he was the Project Director for the Shelby County Schools Arts Infusion Project, a U.S. Department of Education grant program. Dr. Foust’s writing has been published in Principal Magazine, Kansas Music Review, and Tennessee Musician, and he served as a presenter at the 2012 Arts Education Partnership Fall Convening in San Francisco, CA, The 2nd International Symposium on Assessment in Music Education at the University of Florida, and the 2011 National Art Education Association National Convention in Seattle, WA. In 2018, he was awarded the Distinguished Service Within the Profession award from the Tennessee Art Education Association. He has worked as a consultant with the U.S. Department of Education, Tennessee Department of Education, and several school systems in Tennessee and Illinois.

Dr. Foust lives in Olive Branch, MS with his wife and two children. 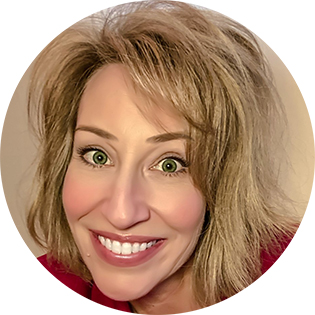 Christine Hughes is a Music Specialist with a master’s degree in education and an endorsement in school administration. An accomplished presenter, Christine has led sessions on arts integration, as well as inclusion and diversity, for audiences at CREATE (Consortium for Research on Educational Assessment and Teaching Effectiveness), TMEA (Tennessee Music Education Association), TNPIE (Tennessee Partners in Education) and CTE (Career and Technical Education) conferences. Igniting a passion for music in learners with thinking differences has been Christine’s labor of love since her first day of teaching.  She is thrilled to be at the Memphis Music Education Innovation Summit today! 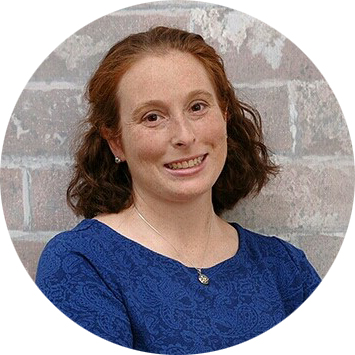 Janel Long is currently a PhD Student in Music Education at the Rudi E. Scheidt School of Music at the University of Memphis. Prior to beginning PhD studies, Janel taught elementary general music for 12 1/2 years in the Mid-South, including 10 1/2 years in Memphis. She currently teaches early childhood music at the Barbara K. Lipman Early Learning & Research Center at the University of Memphis. Janel holds a MM in Music Education from the University of Memphis and a BMus in Music Theory from the University of Georgia. Janel has completed multiple pieces of training in Music Learning Theory through the Gordon Institute for Music Learning along with Level 1 training in Orff Schulwerk through the AOSA. She is also a registered Suzuki Teacher with the Suzuki Association of the Americas in both Recorder and Brass (Horn) and has trained in Modern Band instruction through Little Kids Rock. 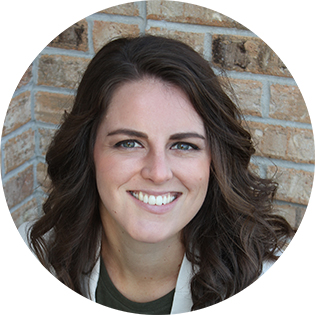 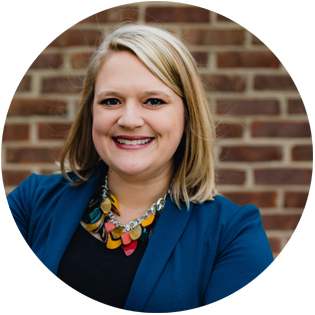 Linzie Mullins currently serves as a Mentor Teacher and Curriculum Editor with Shelby County Schools and teaches Orff Music full time at Snowden School. At Snowden School, she teaches 700 students a week and has coordinated many programs, such as the Memphis Symphony Side by Side Concert with all 700 students and the full symphony. At Snowden School, she was awarded Teacher of the Year in 2018 among her 75+ coworkers. Linzie is a recent recipient of the CMA Teacher of Excellence Award (2020 & 2022) and the TnMEA Outstanding Young Music Educator of the Year (2019). In the past, she has served two terms as the State General Music Chair of the Tennessee Music Education Association where she transformed the professional development opportunities for K-5 music educators by bringing in numerous new booths, fostering the relationship with Peripole to provide instruments for sessions, and brought in top clinicians such as Artie Almeida and John Feierabend. Professional Development opportunities are where her passion lies, as she continues to nurture these relationships and develop more by attending National and local conferences. She has also served on the Executive Board of the Memphis Chapter of the American Orff Schulwerk Association and as the Festival Chorus coordinator and president of WTGMEA. She has presented workshops at the local, state, and national level including workshops for Shelby County Schools, TnMEA and hosting the First-Timer’s session at AOSA National Conference. Linzie holds a Bachelor’s in K-12 Music Education from the University of Tennessee at Martin and a Master’s degree in Instruction and Curriculum Leadership as well as certificates in English as a Foreign Language from The University of Memphis and Administration from Christian Brothers University. She also attained Orff Levels I, II, III, and Masterclass through the University of Memphis. Linzie is a mom of two sons, Jesse and Bentley, and the wife of Ray Mullins, a TnMEA member and music educator. 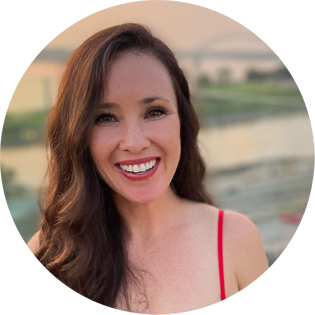 Liz Plenk is a music teacher at Schilling Farms Elementary School in Collierville Schools and director of the Stallion Steel Band.

Liz received her bachelor’s degree in music education from the University of South Carolina in Columbia, South Carolina where she studied percussion with Scott Herring. Upon graduation in 2011, she taught middle school steel band in Summerville, South Carolina at Gregg Middle School and Oakbrook Middle School. In 2014 she moved to Reno, Nevada where she taught middle school band for three years at Cold Springs Middle School. Liz has worked with elementary, middle and high school programs in South Carolina, Nevada, Mississippi, and Tennessee. She has been teaching elementary music at SFES since the school opened in 2018 and loves working with such an incredible faculty and adores the amazing community that has been built at Schilling Farms.

Liz enjoys going to musicals at the Orpheum, cheering on Ja Morant at Grizzlies games, listening to bands on Beale Street, cheering on the Memphis Tigers! Go Tigers Go! and spending time with her husband Will and their two dogs, Chiclet and Tater.