The College of Communication and Fine Arts (CCFA) presents a special screening of "At the River I Stand," on Saturday, March 31, at the Halloran Center at the Orpheum, 203 South Main St. The host for the event will be Cornell Brooks, former President and CEO of the NAACP. Admission is free, but RSVPs are required to reserve seats.

"At the River I Stand" is an award-winning documentary created by University of Memphis Department of Communication professors David Appleby, Allison Graham and Steve Ross and chronicles the Sanitation Worker's Strike in Memphis and the two months leading to the death of Reverend Dr. Martin Luther King Jr. 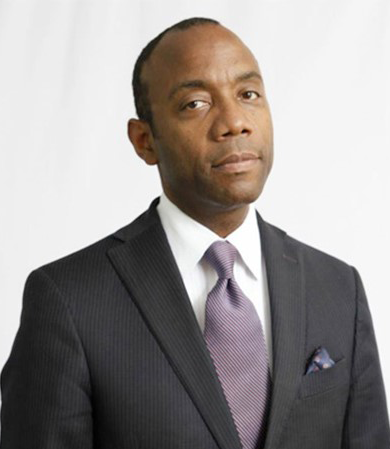 Reverend Cornell William Brooks is an activist, attorney, and fourth-generation ordained minister. He currently serves as visiting professor of Social Ethics, Law, and Justice Movements with dual appointments to Boston University School of Theology and Boston University School of Law. He previously served as the 18th president and CEO of the NAACP, president and CEO of the New Jersey Institute of Social Justice, and senior counsel and special counsel as well as acting director of the Office of Communication Business Opportunities of the Federal Communications Commission. Early in his career, Rev. Brooks served as a trial attorney for the U.S. Department of Justice, executive director of the Fair Housing Council of Greater Washington, staff attorney for the Lawyers' Committee for Civil Rights, and judicial clerk for Chief Judge Sam J. Ervin, III, U.S. Court of Appeals for the Fourth Circuit. Rev. Brook is also a senior fellow with the Brennan Center for Justice; visiting fellow, Harvard Institute of Politics; visiting scholar, Yale Law School; and regular contributor for CNN. He holds a BA, Jackson State University; M.Div., Boston University School of Theology; and JD, Yale Law School. He has also been awarded several honorary doctorates. He is the grateful husband of Janice Broome Brooks and proud father of two sons.

Reverend Harold Middlebrook was a member of Student Nonviolent Coordinating Committee (SNCC) and directed the SCLC's Selma office in 1965. In 1968, he was assistant pastor to Benjamin Hooks and a member of Community on the Move for Equality's strategy committee (COME). As a supporter of the striking workers, he was instrumental in bringing Martin King to Memphis.

Dorothy Crook has been with Local 1733 of the American Federation of State, County and Municipal Employees (AFSCME) since 1969 and became its first female director in 1996. She successfully negotiated many contracts, including the City of Memphis' contract for a 5% wage increase—the first and only increase of that magnitude for city workers.

Otis Sanford holds the Hardin Chair of Excellence in Economic and Managerial Journalism at the University of Memphis, and is the author of the critically acclaimed new book, "From Boss Crump to King Willie: How Race Changed Memphis Politics." Sanford also serves as the political commentator for WREG-TV Channel 3 and is a panelist for Informed Sources, a weekly public affairs program on Channel 3. Plus, he writes a weekly Viewpoint column for The Commercial Appeal.

Edith Love is a Unitarian Universalist minister, and Tri-chair for the state of Tennessee, Poor People's Campaign, a National Call For a Moral Revival.

The screening of "At the River I Stand" at the Orpheum is made possible through support from the Departments of Communication, the Department of Journalism and Strategic Media and the Hooks Institute.

Following the screening, the Hattiloo production of "The Mountaintop" will be held at the Orpheum beginning at 7:30 p.m. Written by Katori Hall, the play is a fictional depiction of Dr. King on the eve of his assassination and is set entirely in Room 306 of the Lorraine Motel. For ticket information, go to https://orpheum-memphis.com/events-tickets.