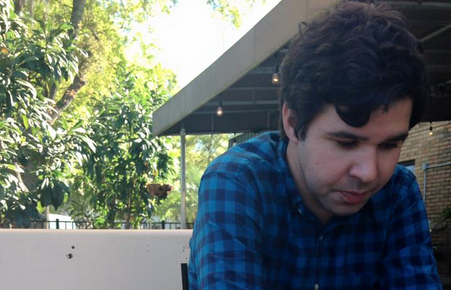 About:  I’m Scott Sundvall, the new director of the Center for Writing and Communication (CWC). I recently completed my PhD in English at the University of Florida with a specialization in rhetoric and new media. My research has appeared in Media Fields, Itineration, Interstitial, Politics of Place, Rhizomes, and an edited collection, Cybercultures: Mediations of Community, Culture, Politics. I am presently editing a collection with my colleague, Joseph Weakland, entitled, Rhetorical Speculations: The Future and Potential of Rhetoric and Writing Studies, for Utah State University Press. This year my efforts will draw upon my background in rhetoric, writing studies, and media to guide the CWC through its next stage of development. Several improvements are already underway: renovation of the CWC space; implementation of online, evening consultation hours; creation of a social media presence (Facebook and Twitter); and the drafting of grant proposals to fund the institution of a media lab. I am also in the process of proposing a graduate seminar on the theory and practice of writing and communication centers, so as to ensure CWC consultants have effective training and expertise in writing and communication center methodology. With the advent of ubiquitous computing and other emerging technologies, writing, communication, and rhetoric continue to change and adapt. Likewise, I want to offer our clients effective consultations in both the classical and timeless principles of orality and literacy as well as the emerging principles of what Gregory Ulmer marks “electracy.” I strive to make the CWC an inviting and worthwhile opportunity for the entire University of Memphis community. 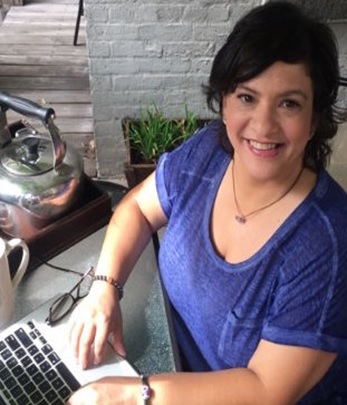 About: Adela M. Brito, a Miami native, holds a BA in English from Florida International University. She began her professional career as a teacher, and then became an Educational Director for Sylvan Learning Center in Miami. She lived in NYC for sixteen years, where she worked as an editor, test prep instructor, and academic and writing coach. Adela enjoys reading about pop culture and music history and occasionally reviews music, film, and books. She is a professional editor of fiction and memoir, who is currently working on her first novel, Blue Suede Blues, and a collection of interconnected stories about the Cuban exile experience. She is a third-year MFA candidate in the Creative Writing in fiction program with a concentration in African American studies at the University of Memphis. She loves Elvis, the blues, and soul music. 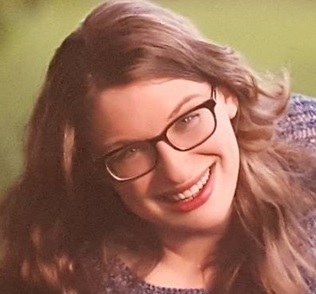 About: Alyssa Radtke majored in English with a minor in Business Administration at University of Mississippi. She is a fourth year MFA in the University of Memphis's poetry concentration and is working on a creative thesis titled Remain Seated. Describing herself as a “caffeine and comedy girl,” Alyssa also admits to an embarrassing knowledge of fanfiction set in the Star Trek and Marvel universes. Her favorite punctuation mark is the em-dash. 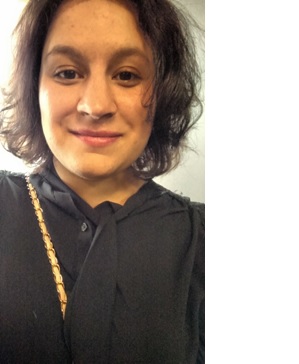 About: Skye Roberson is pursuing her PhD in Writing, Rhetoric, and Technical Communication in the English department at UofM. She earned in MA in English at Arkansas State University, focusing her thesis on punk feminist rhetoric. Prior to working as the graduate assistant director for the CWC, she taught first-year writing for four years and served as a writing consultant for five. Her research interests include feminist rhetoric, history of composition and rhetoric, labor inequality, and writing centers. She is a 2018 Bedford New Scholar and is the recent recipient of the Internal Writing Center Association Future Leader’s Scholarship. Ask her about her cats. 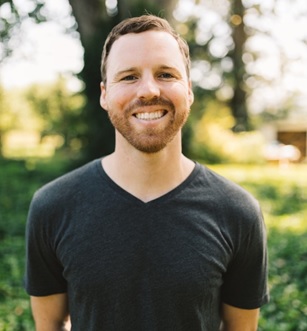 About: Jonathan Smith has been teaching in the communication discipline for almost a decade. He received his BS and MA in Communication at Oregon State University before moving to Memphis in the summer of 2016 to pursue a PhD in Rhetoric. Using metaphor criticism, Jonathan’s master’s thesis examined ideology in a 1960 JFK campaign speech. He is a cat owner, avid exerciser, microbrew connoisseur, and HBO enthusiast. Jonathan was drawn to the CWC to work one on one with students in an environment that promotes learning and progress. 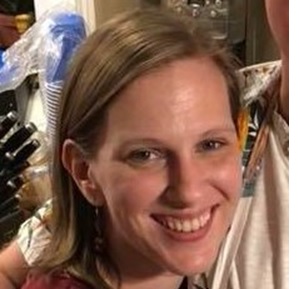 Meredith Boulden, Consultant
About: Meredith Heath Boulden graduated from the University of Memphis in 2004 with a B.A. in Spanish and English and in 2006 with an M.A. in Teaching English as a Second Language. She has experience teaching first year composition, ESL, reading and study skills, and survey literature courses. Having returned to the U of M in 2016 to complete her comprehensive exams and dissertation, she is now a 5th year Ph.D. student in Literary and Cultural Studies in the English department. A native and lifelong Memphian, Meredith is most interested in tracing her hometown’s cultural history as it intersects with locals’ self-perceptions, racial narratives, and national mythologies. Intrigued by both fictional and media portrayals of place, Meredith utilizes her research to unravel the intricate threads of racial and economic disparities that have long plagued the city of Memphis. 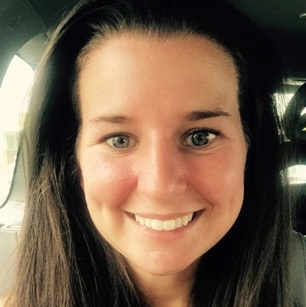 Mary Elizabeth Cartwright, Consultant
About: Mary Elizabeth Cartwright is a University of Memphis MFA candidate finishing her first year within the program. After earning her BA in English from the university, she decided that Memphis was her home and chose to stay. Mary discovered her love of literature and teaching in high school, volunteering to tutor her classmates and other students at her school. Mary enjoys traveling abroad in the summer to destinations such as Paris, Amsterdam, London, and Scotland to discover new places, new perceptions, and new interpretations of her favorite novels. Her genre emphasis is fiction, and she is currently working on her thesis, which she hopes will transform into her first novel. 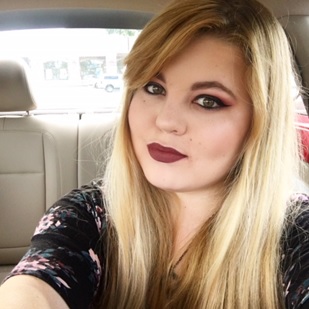 Jordan Evans, Consultant
About: Jordan Evans is an MFA candidate in Creative Writing at the University of Memphis. Originally from the Eastern Shore of Maryland, she attended Rhodes College and earned a B.A. in English. When not reading or writing, she can usually be found drinking coffee and marathon viewing her latest Netflix discovery. 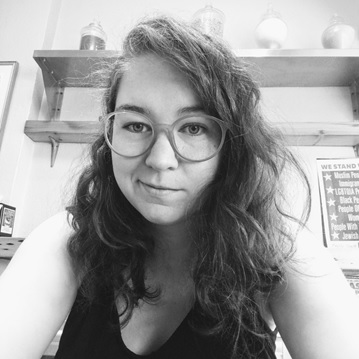 Christine Guaragno, Consultant
About: Christine Guaragno, a Pennsylvania native, holds a BA in Creative Writing from Susquehanna University. Before moving to Memphis, she worked for the Free Library of Philadelphia, hosting after-school writing and STEM events. An avid reader, Christine serves as the non-fiction editor for the Pinch Literary Magazine and is currently pursuing an MFA in poetry. 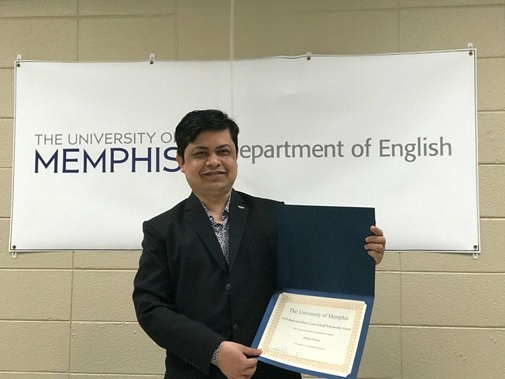 Abdul Hakim, Consultant
About: Abdul Hakim is a PhD student in applied linguistics at the University of Memphis and was previously a Fulbright Foreign Language Teaching Assistant and student at Indiana University Bloomington. He earned a B.A. and an M.A. in English at the University of Chittagong, Bangladesh and has around 7 years of EFL experience at the university level. His areas of interest include EFL writing/composition, task-based language teaching, pragmatics/intercultural communication and pedagogic grammar. He has always been specially interested in teaching writing skills. Currently he is in his final semester of coursework and will soon start writing his dissertation on EFL writing. A graduate assistant in the English department at the UofM, he enjoys the client-tutor dynamics at the CWC and very much likes to help the CWC clients meet a variety of their writing challenges and needs. 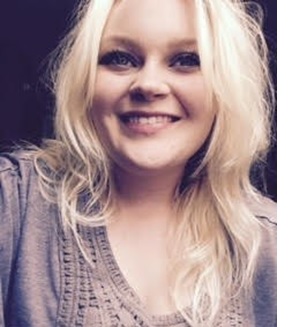 Brennah Hutchison, Consultant
About: Brennah Hutchison is a third year Ph.D. student at the University of Memphis. She has teaching experience with Composition I, Composition II, and Literary Heritage. Brennah received her M.A. in Rhetoric and Composition from Arkansas State University in 2016. Her master’s level areas of emphasis were Body Materialism, Feminist Rhetorics, and Gender Studies. Her current area of research is 19th Century Creole Identities, specifically the intersection of literature between the American South and Caribbean. 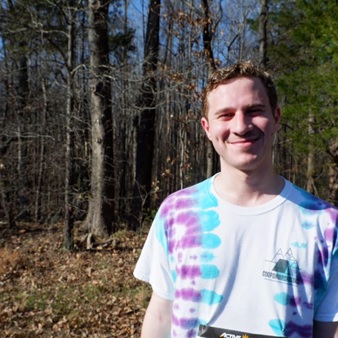 Vincent Kenny-Cincotta, Consultant
About: Vincent Kenny-Cincotta is a PhD student in the Literary and Cultural Studies concentration of the Department of English. A native New Yorker, he earned his BA in English from Northeastern University in 2014 before earning his MA right here at the U of M this past spring. His primary academic areas of interest are postmodern and contemporary American literature, but he has an undeniable soft spot for composition (and science and horror fiction). He has experience teaching ENGL 1010, ENGL 1020, and ENGL 2201 and the CWC is the third writing center that he has had the pleasure of working at. When he is not embroiled in academia, he enjoys relaxing with a hoppy IPA and a ballgame. Or by listening to Phish. 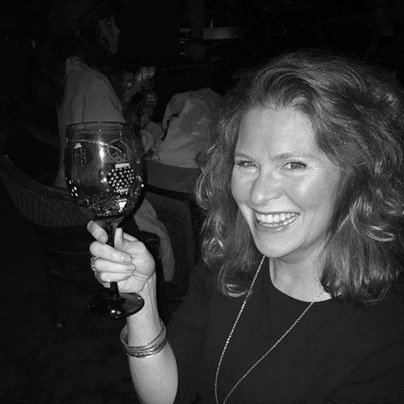 Kathleen Manning, Consultant
About: I am completing my Master’s in Liberal Arts this fall. My concentrations are English Literature and Higher Education. In addition, I’ve been working on a certification in Community College Teaching and Leadership. I’m an avid reader and love to write. My passions are music, dance, art, photography, and I have a fascination with Alice in Wonderland. I’m also dedicated to fitness and wellness. 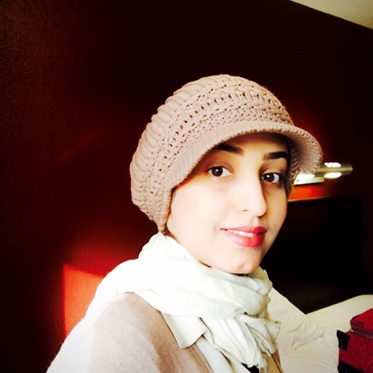 Ruqayyah Moafa, Consultant
About: Ruqayyah Moafa is a Ph.D. candidate in the Department of English with a concentration in Applied Linguistics at the University of Memphis. Her research focuses on developing intercultural competence as a tool for enhancing communication in English in the era of globalization. After receiving her M.A. in TESOL from Murray State University in 2013, Ruqayyah moved to Saudi Arabia where she taught English to college-level students for over two years. Her teaching experience helped her to realize that she can make people happier by helping them to improve the quality of their communication. 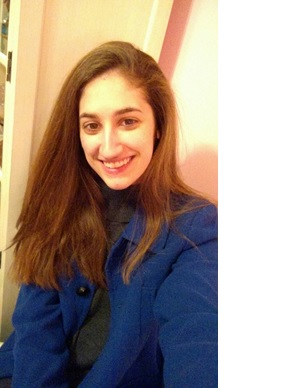 Megan Murphy, Consultant
About: Megan Murphy, in her third year of the MFA program, is passionate about her writing and attempts to demonstrate it by helping those struggling with their coursework. She is also pursuing a graduate certificate in Museum Studies while working as a fiction editor on the Pinch, the school’s literary journal. Additionally, she has experience in a writing center and hosting a writer's workshop where she taught various lessons that assisted ESL students with their assignments. Megan came to Memphis in 2016 from Christian Brothers University where she completed her Bachelor's degree in creative writing, along with a 150 page novel length piece that consisted of interconnected short stories about families. 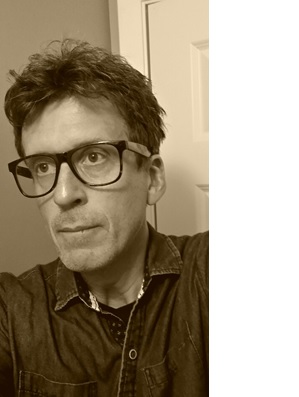 Michael Neary, Consultant
About: Michael Neary has taught literature and composition at various colleges throughout the country. He's also worked at a few writing centers, most recently at one connected with the Community College of Denver. His research some years ago focused on Irish literature, but more recently his writing has taken journalistic turns as a staff reporter for small daily newspapers. He taught as a member of the Peace Corps for two years in Morocco, a place he missed greatly after he returned. 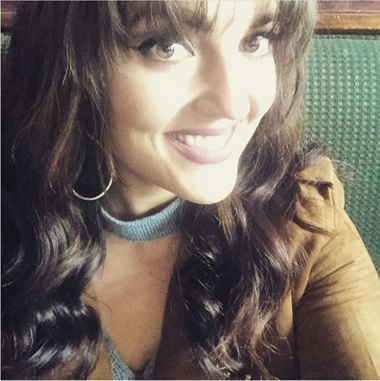 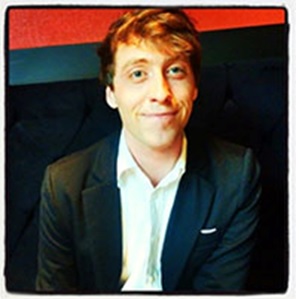 Stephen Turner, Consultant
About: Stephen Turner joins the CWC from Arkansas State University, where he obtained his BA and MA in English. As a third year PhD student, Stephen continues to follow the mantra of his ASU mentor, holding that “No text is sacred,” and strives to demystify the act of writing for the benefit of his own writing and for that of his students and CWC clients. Beyond helping students, Stephen views his work at the CWC as an opportunity to grow and learn—increasing his ability to give good feedback as well as keeping him informed through the diverse points of view of our clientele. Stephen’s academic interests primarily deal with global perspectives of Southern Literature, as well as the writings of Cormac McCarthy. When he is not working on his own research, Stephen enjoys going to local concerts, playing music with friends, and watching his beloved Chicago Cubs.