The city-wide commemoration of MLK50 featured a variety of spectacular events for the public, including ones involving the College of Communication and Fine Arts. These events educated and entertained audiences from a 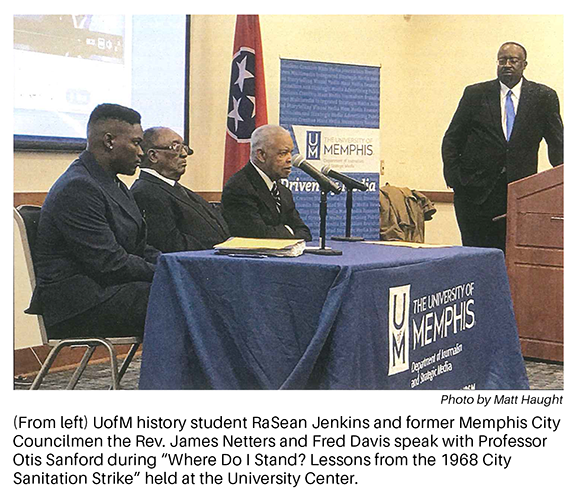 communication and arts perspective, allowing CCFA to join in the celebration of the life and legacy of Dr. Martin Luther King Jr.

As part of Black History Month and in honor of MLK50, the student chapter of the National Association of Black Journalists and the Office of Multicultural Affairs sponsored an extraordinary event titled "Where Do I stand: Lessons Today From the ’68 Sanitation Strike" in February.

The panel discussion featured Rev. James L. Netters and Fred Davis, two original African-American members of the Memphis City Council who took office just six weeks before the sanitation strike. They discussed their roles in trying to stand up for the striking workers and bring an end to the crisis. The program also featured RaSean Jenkins, a senior University of Memphis history major, who discussed what the history-altering events of 50 years ago in Memphis mean for his generation.

The Department of Communication held an all-day symposium, "King, Communication, & the Legacy of Civil Rights." The academic symposium centered on race, the power of communication and the legacy of 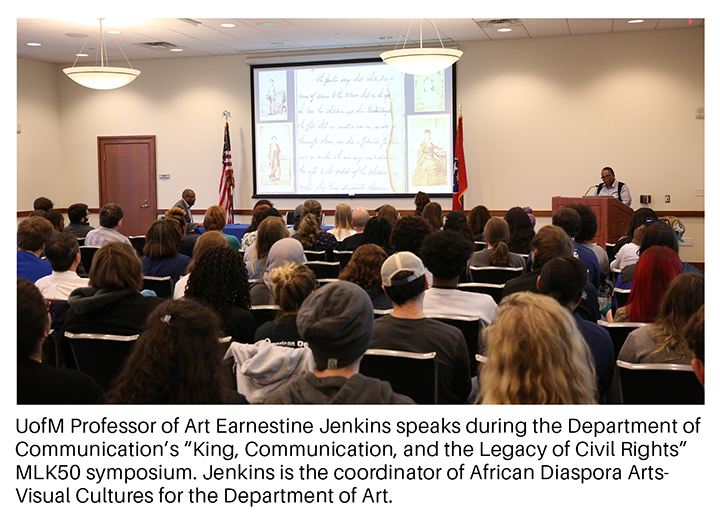 King's struggle for a just world.

The lectures focused on women and the civil rights movement, race and higher education, and systemic poverty in the Trump era. Roundtable discussions dealt with racial disparities in healthcare and included scholars, physicians, local providers and patients who addressed issues such as contraception, cancer and sickle cell disease in Memphis.

CCFA presented a special screening of "At the River I Stand," in March at the Halloran Center at the Orpheum. The event was hosted by Cornell Brooks, former President and CEO of the NAACP. Panelists included Reverend Harold Middlebrook, Dorothy Crook, Otis Sanford and Edith Love. Middlebrook was the former member of the Student Nonviolent Coordinating Committee (SNCC) and directed the Southern Chrisitan Leadership Conference Selma office in 1965. He was a close friend of Dr. King, a huge supporter of the striking sanitation workers and instrumental in 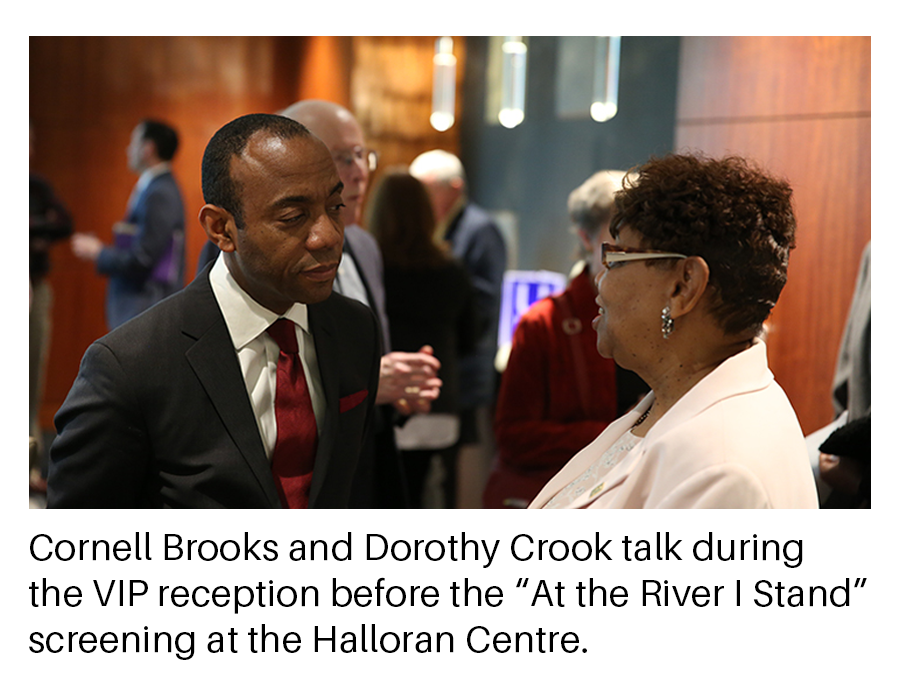 Crook has been with Local 1733 of the American Federation of State, County and Municipal Employees (AFSCME) since 1969 and became its first femal director in 1996. Sanford holds the Hardin Chair of Excellence in Economic and Managerial Journalism at the UofM and is the author of the critically acclaimed new book, "From Boss Crump to King Willie: How Race Changed Memphis Politics." Sanford also serves as the political commentator for WREG-TV Channel 3 and is a panelist for Informed Sources, a weekly public affairs program on Channel 3. He writes a weekly Viewpoint column for The Commercial Appeal. Love is a Unitarian Universalist minister and a Tri-chair for 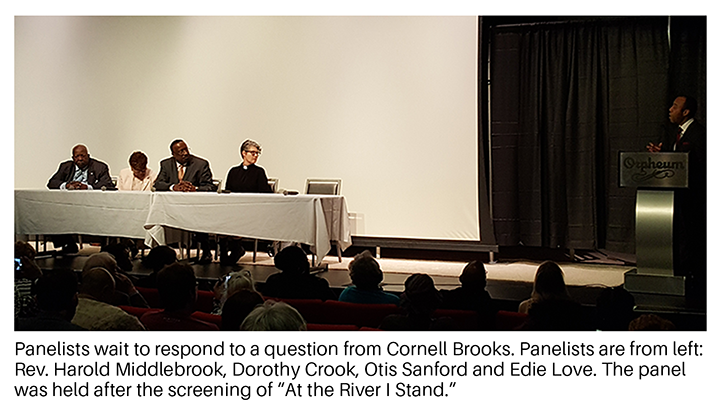 the state of Tennessee Poor People's Campaign, a national call for a moral review.

"At the River I Stand" is an award-winning documentary created by UofM Department of Communication professors David Appleby, Allison Graham and Steve Ross and chronicles the Sanitation Worker's Strike in Memphis and the two months leading to the death of Reverend Dr. Martin Luther King Jr.

The Rudi E. Scheidt School of Music participated in MLK50 with Music for Martin in April, presented by Mayor Jim Strickland, the Memphis Office of Youth Services and the Memphis Youth City Council. The event featured the world premiere of "Echoes of a King," a hip hop symphony, which was composed, arranged and performed by students from the Rudi E. Scheidt School of Music. The symphony combines hip-hop, gospel, soul and R&B with classical orchestration and a 40-piece ensemble made up of a big band, string section, percussion section, MCs and vocalists.

Other School of Music performances included the 901 Big Band, the Chamber Choir, the Chamber Strings and a performance of an excerpt from the opera "The Promise" by John Baur, professor of Composition and Theory. The Ballet on Wheels Dance School and the Boys and Girls Choir of Memphis also performed.