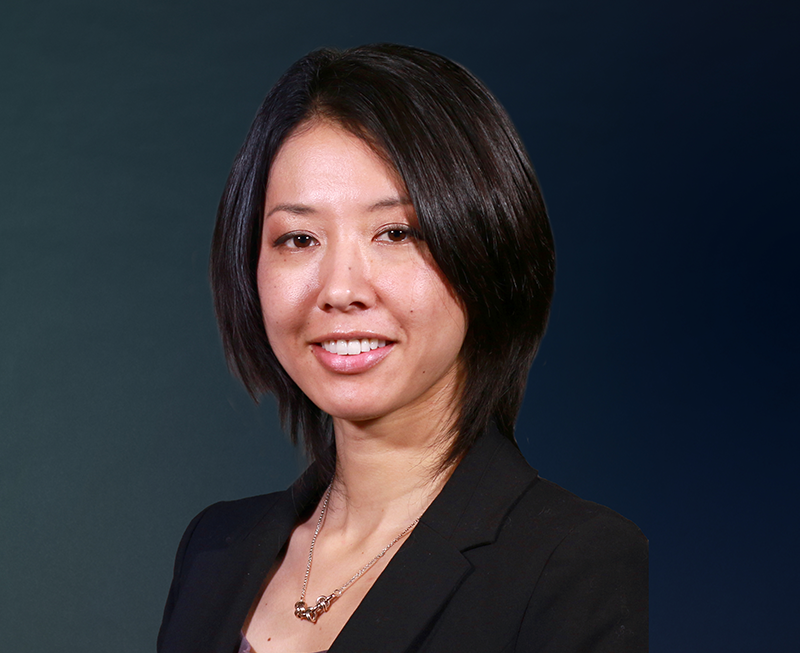 When Dr. Sachiko Terui first began her job as assistant professor with the Department of Communication and Film, she noticed a stark contrast between UofM students and others she has taught over the years.

“At places I had previously taught, I didn’t find a large number of students showing or expressing dire health needs until I met students at the University of Memphis,” she said. “Of course, there is a distinct possibility that the student population here is not necessarily sicker, but they are more willing to share their issues and concerns than the ones at universities where I previously worked. That made me feel like the health problems here are at the front of many people’s lives.”

As a health communication expert, Terui meets with people facing various health challenges to understand the nature of their problems, which in turn helps to inform care providers with ways to make a meaningful impact on their patients' lives. For Terui, the people she formerly had to seek out and ask to share their stories were now sitting right in front of her, offering candid conversations about significant health issues in the region.

“Although the students at the University of Memphis want to focus on their studies, sometimes these problems don’t allow them to do so,” she said. “That kind of inequity is unique and has bothered me for quite some time. I care about their right to learn, even if their living conditions don’t exactly allow them to do so.”

The unique range of health issues and disparities facing people in the Mid-South provided an opportunity to make a meaningful impact and practice what Terui does best as a health communicator.

“That early realization gave me the motivation to stay here at the University of Memphis, so I applied to the tenure-track position,” she said.

“I started my career with a focus on interpersonal communication and intercultural communication,” she said. “At the time I started studying those areas, I was driven by my own interests. But after I encountered health problems and saw people suffer, I found that there was a way to make more of a direct impact in people’s lives.”

Terui said her choice to focus on health communication studies helped her to better understand the importance of working through various intercultural boundaries or barriers and realize that, oftentimes, the best treatment for one patient is not necessarily best for another.

Terui’s work in intercultural communication in patient-provider interactions speaks to various inequities in health care, with an emphasis on culture and language differences that may appear to be very subtly in our everyday lives, but can greatly impact the care we receive as patients.

“Culture is an interesting and complex concept,” she said. “It’s easy to think in clear lines such as American culture and Japanese culture, but there are instances where multiple cultures can coexist in a single geographic area. For example, in Memphis we have Southern culture, African American culture and more at play. That all reflects different ways that people internalize their values, ideas and practices.”

In addition to patient care and cross-cultural communication, Terui’s recent projects center on interdisciplinary collaborations, including communities and health care organizations. In 2020, she received the College of Communication and Fine Arts Dean's Outstanding Research Award for her work in health communication studies. 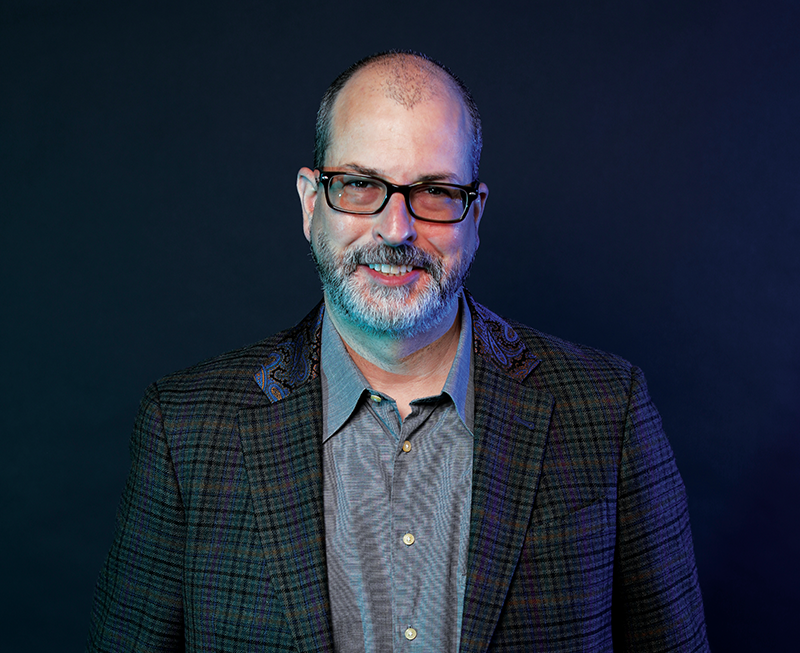 Over the past 15 years, Dr. Michael Schmidt, associate professor with the Department pf Art, has made an unlikely home for himself at the crossroads between graphic design and public health.

“A pivotal moment in my career came around 2004 when former dean Dr. Richard Ranta asked if I would direct the UofM's Center for Multimedia Arts, a new center in the FedEx Institute of Technology,” Schmidt said. “It sounded like quite an opportunity, so of course I declined at first.”

Schmidt would soon reconsider and take Ranta up on his offer, heading up the center's externally-funded print, exhibit, interactive and video projects to promote child, family and community health needs.

Schmidt’s role with the Center for Multimedia Arts gave him an opportunity to work with people from a wide variety of disciplines, as well as significant community stakeholders in the Mid-South. That led to interactions and ongoing projects with organizations like St. Jude Children’s Research Hospital, the Urban Child Institute and more.

“Eventually, through dealing with those associated topics, I found myself becoming more curious about issues related to health and well-being, which led to me going to night school for a PhD in public health,” he said “It’s something I’d become increasingly interested in.”

After eight years of night school, Schmidt earned a PhD in social and behavioral sciences, and with it came a greater understanding of public health issues, as well as where that world intersects with that of art and design.

"As you get closer, you see commonalities and realize that, like most things in life, you go where you’re needed,” he said. “In public health, disparities in the community guide you to where your team will place those limited resources. Likewise, in graphic design, if there’s no need driving your particular problem, it’s very hard to come to a satisfying solution. At the end of the day, both disciplines are interested in positive societal change and they both focus on trying to take current circumstances and improve them.”

A longtime advocate of cross-departmental collaboration, Schmidt soon found himself working on projects where no art professor had previously tread, producing several notable studies alongside Dr. Satish Kedia, professor in the Division of Social and Behavioral Sciences with the School of Public Health.

“We’ve got a few different projects going on with funding from the Office of National Drug Control Policy on an opioid-related project for people who are seeking services and dealing with opioid use disorders,” Schmidt said. “It’s all done to facilitate recovery and looks at issues related to access and retention. That work, in turn, will help inform the design of communication materials and determine what media to use, what messages to state, and how to disseminate those messages.”

A native of Cleveland, Ohio, Schmidt came to the University of Memphis more than 25 years ago after being impressed by the breadth of the curriculum within the Department of Art. The practice of engaged scholarship, or the combination of academic knowledge and community-based knowledge, has become the core of Schmidt’s work at the UofM. In spring 2020, he received the College of Communication and Fine Arts Dean's Engaged Scholarship Award.

“Everything I can say that I’ve achieved from 2004 onward has been the product of collaboration,” he said. “The University of Memphis, and CCFA in particular, have done a fantastic job fostering this sort of work since the engaged scholarship model emerged on campus. It’s great to see a reflection of CCFA in that model since it made space for someone like me. For that, I have to give credit to Dr. Ranta, Richard Lou and Dean Anne Hogan.” 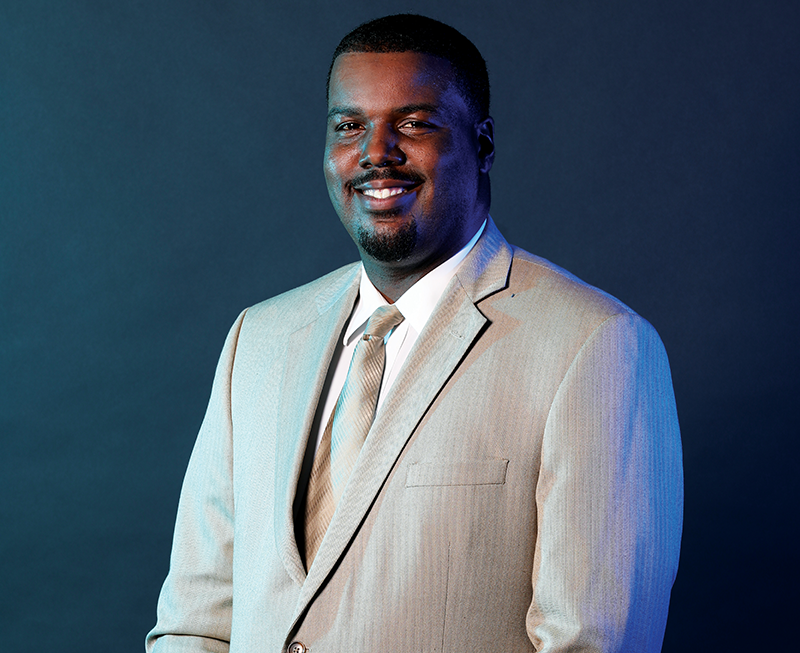 Jay Gilmore’s career in sports broadcasting started with a bang in Laredo, Texas, where one of his early assignments found him in the champagne-soaked floor of the San Antonio Spurs’ locker room following their 2002 NBA Championship win. Despite standing 6-foot-5 himself, Gilmore remembers being dwarfed by the team’s 7-foot giants David Robinson and Tim Duncan.

“When I started gravitating toward journalism as a career, I knew I wasn’t interested in talking politics or crime,” he said. “I wanted to be around and talk about something that gave people joy. So when I graduated from Middle Tennessee State University in December and found myself reporting from an NBA locker room in June, I was really living the dream.”

Following a broadcast career that also saw him spend time in Huntsville, Ala., covering college football before heading to West Palm Beach, Fla., for a four-year deal as sports director for the E.W. Scripps Company's WPTV, Gilmore left the world of television for academia in 2012 when his wife landed a job in Tennessee.

“Teaching allowed me some freedom and flexibility to still work in broadcasting on a part-time basis,” he said.

Gilmore came to the UofM by way of West Virginia University, where he served as a visiting assistant professor and taught Sports and Adventure Media courses in the Reed College of Media.

In addition, Gilmore has also anchored, reported and produced for the New York Times, Sinclair Broadcast Group, American Sports Network and Outdoor Channel. Now the newest assistant professor of broadcast journalism with the Department of Journalism and Strategic Media, Gilmore has high hopes for expanding student coverage of UofM sports.

“The plan would be to work with our athletics communication department so when you see broadcasts on ESPN3 from a Memphis Tigers volleyball game, you see Memphis student journalists both in front of the cameras and behind the scenes,” said Gilmore.

Gilmore, who was hired by the UofM in August 2019, teaches a pair of classes centered on news broadcast journalism in addition to a course focused on sports broadcasting. While Gilmore’s course material runs the journalistic gamut, the bulk of it focuses on the work done in front of the camera while touching on many different aspects of broadcast news.

“I’m working to build a sports broadcasting program here, but news reporting has been the core of what we do here for a long time,” he said. “And as a sports anchor and reporter, you can’t help but get used to being around news and news reporters all day.”

Gilmore recalls his favorite time in the industry as working in the sports paradise of Florida covering the likes of Serena Williams, Tiger Woods and numerous NFL and NBA players.

“That was amazing because a lot of the athletes we watch on television have homes in South Florida,” he said. “Every single sport you could think of was right there in my backyard.”

Since arriving in the sport-loving city of Memphis, Gilmore said he sees a region perfectly suited to his vision for broadcast sports instruction at the UofM. He currently teaches courses in two lab classrooms and the TV studio in the CCFA building, where he helps students craft independently produced shows like Tiger News alongside Dr. Joe Hayden, professor in the Department of Journalism and Strategic Media.

“But beyond our work in the classroom, my goal and vision is to always have my students out there in the community,” he said. “And Memphis is such a great sports city. In an ordinary year, they’ll be out working from campus, from FedExForum or the Liberty Bowl.”

Beyond working in front of the camera, Gilmore encourages his students to be well-rounded by learning the basics of other broadcast roles such as digital content producer, news manager, writer, photographer and editor.

“A lot of hiring managers in our field are looking for candidates who are flexible and adaptable,” he said. “A single event requires a person versed in several different platforms to cover. It’s not all television. Can you create web content? Can you host a podcast? That’s where the world of broadcast is heading, and it requires versatility.”

Gilmore is also a member of the Tiger Sports Properties broadcast talent team and host of Jay's World, a podcast that can be downloaded on iTunes and Spotify.