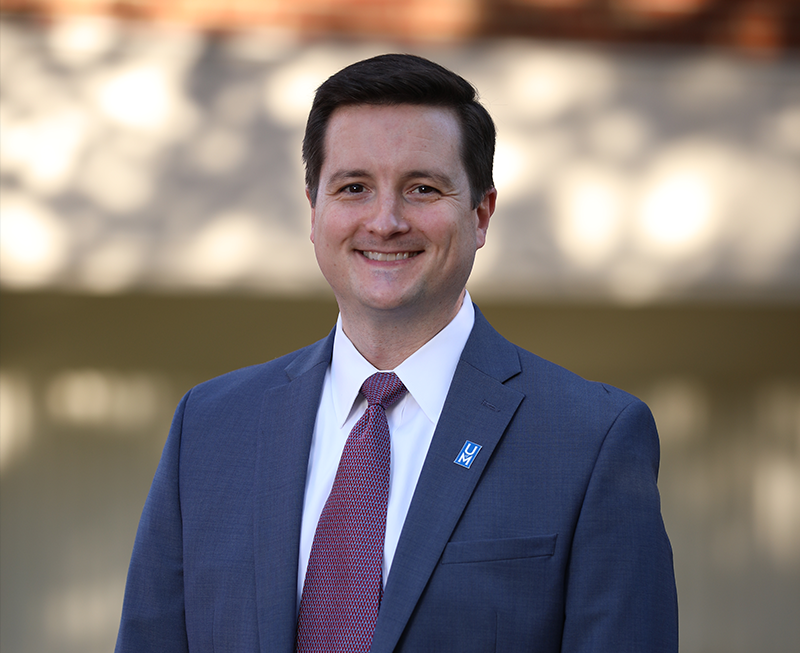 When Dr. Kevin Sanders took up his new role with the Rudi E. Scheidt School of Music in mid-2020, he traded in his many previous titles with the school for just one: director.

Sanders, who has been with the University of Memphis since 2008, started as tuba euphonium professor and eventually saw his musical faculty work shift from performance-related matters to include more administrative functions such as overseeing the school’s undergraduate scholarships and graduate assistantships. Despite the new singular title, his job remains as varied as ever.

“One of the things I’ve come to love about the position of director is the opportunity to interact with all of the school’s stakeholders,” said Sanders. “One week will see me talking to people about the new music center or meeting with faculty, another week may be spent visiting with our supporters or talking about ways we can better impact the Memphis community.”

Among Sanders’ chief goals as director are to provide a world-class curriculum deeply instilled in performance, teaching, research, arts advocacy and entrepreneurship, all while encouraging community engagement through strategic partnerships.

“We are at a unique point in the journey of the Rudi E. Scheidt School of Music where there is a palpable momentum of initiatives converging at once,” said Sanders. “We are growing and enhancing our unique community partnerships, we are in the process of creating a five-year vision for the School to ensure our faculty and students thrive in this decade, and, of course, we are looking forward to the completion of the new Scheidt Family Music Center.”

“These kinds of relationships are the tide that lifts all boats,” said Sanders, “and I think all parties involved are aware of that. We look forward to working with all of these organizations again in the near future.”

And in a city like Memphis, finding local talent to work with is rarely an issue.

“That’s one of the things that makes us so special,” said Sanders. “We’ve got this incredibly large and comprehensive music program right inside of a city that’s anything but a college town. That’s become one of the School of Music’s greatest resources in the form of these community partnerships.”

Sanders said he also hopes to continue to grow and evolve as a School of Music by introducing new academic programs, as well as examine the curriculum to address the changing landscape students will face after graduation.

“In many ways, there are less defined positions you might see in a symphony orchestra or performance job and much more in the way of entrepreneurism,” he said. “It’s up to us to craft a curriculum and student experience that is unique to us, and to do it in a way that can’t be replicated by any of our other peers in the region.”

A native of Bryant, Ark., Sanders is the son of a choral conductor and a church pianist. As a musician, he has performed on five continents with some of the world's finest orchestras, including the Royal Scottish National Orchestra, Detroit Symphony, Macau Orchestra in China and the Melbourne Symphony in Australia.

Sanders holds degrees from the Interlochen Arts Academy, Indiana University, the Juilliard School and Michigan State University. He is an Adams Brass Instruments Performing Artist. In addition, he has served as the former director of Graduate Studies with the Rudi E. Scheidt School of Music, as well as a Dean’s Fellow for Research with the College of Communication and Fine Arts.

“In the role of Dean’s Fellow for Research, I was able to step out of my comfort zone and facilitate relationships and conversations,” said Sanders. “I learned a tremendous amount and got a much better picture of just how music and the arts can contribute to our Carnegie Research 1 Initiative.”