The College of Communication and Fine Arts lost an avid and generous supporter with the passing of Robert “Bobby” Fogelman Remembering the lasting legacy of Robert Fogelman, real estate executive, philanthropist and namesake of The Martha and Robert Fogelman Galleries 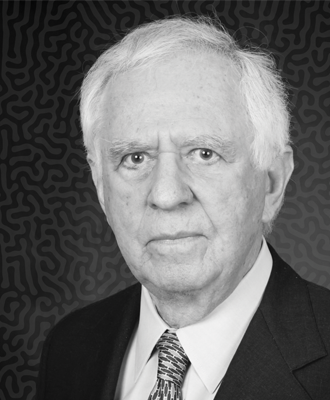 “On behalf of the College of Communication and Fine Arts (CCFA) at the University of Memphis, I want to express our sincere condolences to the Fogelman family on the loss of Robert Fogelman,” said CCFA Dean Anne Hogan. “Bobby Fogelman was a generous man with a deep love for, and knowledge about, art. The Martha and Robert Fogelman Galleries of Contemporary Art have significantly benefited our students and our community by dedicating state-of-the-art space to showcase national and international contemporary art in Memphis.”

Fogelman and his family have a long history of giving graciously to many areas associated with the University, including the arts, the Fogelman College of Business & Economics, Tiger athletics and more.

A philanthropist and champion of many civic causes, Fogelman and his brother, Avron, established the Morris S. Fogelman Chair in Real Estate at the UofM in 1973 as a tribute to their father. Ongoing support from the family prompted the naming of the Fogelman College in their honor and later the Fogelman Executive Center.

In the 1980s, Fogelman led a group of prominent Memphis business and community leaders in forming the University’s Board of Visitors, for which he served as its first president.

He also served on the UofM Foundation Board of Directors, including time spent as its president, and remained an advisor to the dean of Fogelman College for several decades. A lifetime member of the UofM Alumni Association, Fogelman was named a Distinguished Friend of the University in 1987. The UofM presented him with an honorary doctorate of letters in 2012.

“The UofM would not be the well-respected institution that it is today without the continued outstanding and generous support of the Fogelman Family, including Bobby and his wife, Martha,” said UofM President M. David Rudd after Fogelman was named an Emeritus Lifetime Foundation Board member. “We are extremely grateful for their wonderful friendship and are so fortunate to have Bobby and Martha play such an important role in the University of Memphis family.”

Over the past eight years, The Martha and Robert Fogelman Galleries of Contemporary Art have provided the very first chance for thousands of aspiring artists at the University of Memphis to have their work showcased in a professional gallery exhibition space on campus in the Art and Communication Building on Central Avenue.

“That is part of Robert Fogelman’s legacy to our department: he provided a beautiful space for one of the most important moments of an artist’s life where they need to be able to reflect on their work,” says Richard Lou, chair of the Department of Art. “The Fogelman Galleries has been a real cultural windfall for us.”

The presence of The Fogelman Galleries provides a valuable educational experience for students in the Department of Art and serves as a source of entertainment for the Memphis community while increasing the University’s ability to bring contemporary working artists to campus.

“The Fogelman Estate has an amazing contemporary art collection, so it was only natural that his gallery came with a goal to showcase all of the contemporary art we produce at the Department of Art,” Lou says.

The Martha and Robert Fogelman Galleries of Contemporary Art were conceptualized in 2011 by Bobby Fogelman and former CCFA Dean Richard Ranta when the former offered a significant gift to the University of Memphis to create a state-of-the-art gallery for the Department of Art featuring a phenomenal track lighting system and designed in a way where works of art can be hung from nearly any surface.

“He was very hands on in delivering the look and feel of the gallery along with the architectural team and his assistant, Nita Hurdle,” says Lou. “It was an extensive makeover of that space and Mr. Fogelman was there every step of the way.”

In 2008, the Fogelmans donated approximately 200 works of indigenous art to the Art Museum of the University of Memphis (AMUM). The primarily African pieces include wooden objects, iron utilitarian, beaded garments and furniture.

“As Bobby and Martha wished, the collection, which is on permanent display in AMUM’s African Gallery, is actively used by UofM students for research and as a resource for K-12 education,” Hogan said.

Fogelman’s commitment to the University went beyond large projects to include finding ways to improve everyday campus life and helping ensure business school graduates were prepared for job interviews. He was a strong believer that a great city needs a great University, and his impact on the UofM helped make that a reality.

He will be greatly missed by the Tiger family.