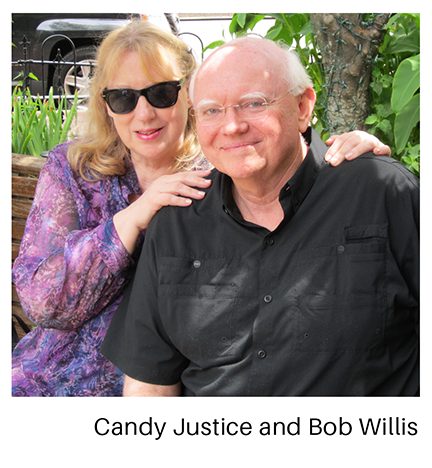 Bob with his wife Candy at his side spent his last three weeks in the hospital (arriving on Christmas Eve), but in his usual gracious way he thanked every nurse and aide every time they did something for or to him, often saying “Thank you for taking such good care of me.”

When news of his unexpected death hit social media, he was often described with these words: always smiling, kind, great mentor, wonderful man, sincere, caring, generous, integrity, champion, always there to talk to, always encouraging and “I loved learning about life and journalism from him.” Reaction to his death was most often described as “devastating” and “heart-breaking.” 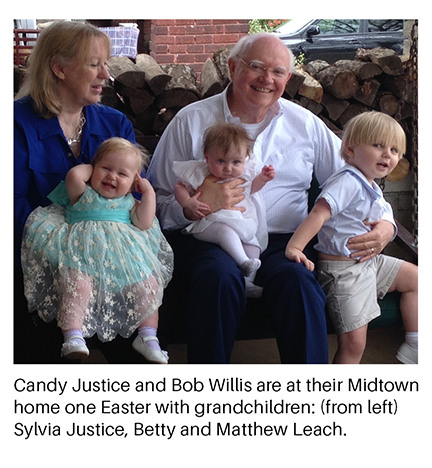 His first career was as a PR executive in the oil and gas industry. Bob served as an officer in the U.S. Army in Korea in 1966-67 during the Vietnam era and was proud of being the 8th Army Ping Pong Champion. Bob loved many things: his savior Jesus Christ, his wife Candy Justice Willis and his whole family, his students, his friends, tennis, their Central Gardens home, his 1973 yellow VW bug and music. He and Candy shared a love of music, especially jazz, and attended local concerts, and shows by their favorite singers at Birdland in NYC.

Bob took great pleasure in creating themed CD compilations to give his friends and family. Candy and Bob loved to play tennis together and go dancing, but when Bob’s knee and Candy’s back sidelined them, they watched more football and allowed themselves an occasional dance at a big-band show. Their last dance was in the fall when the Memphis Knights Big Band, as always, dedicated to them the romantic song, "The Way I Feel About You." 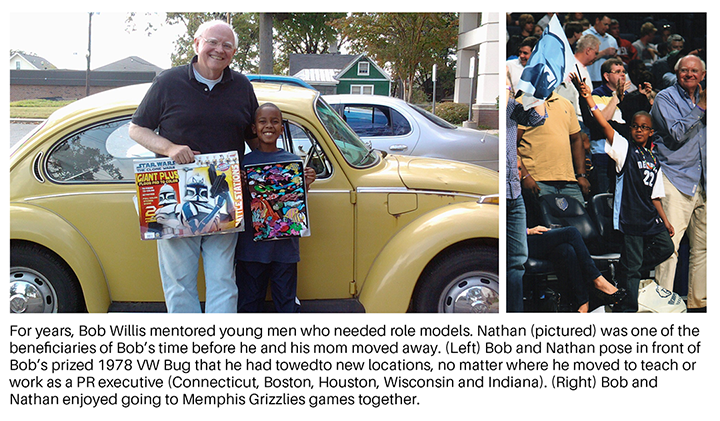 In addition to his wife, Bob is survived by two beloved children, Kathryn Justice Leache (Josh) and William Justice (Julie) and three adored grandchildren, Matthew Leache, 5, and Sylvia Justice and Betty Leache, both 2. He leaves his brother Dr. Bill Willis (Carol) of Tulsa and his sister, Sarah Hanna, of Houston. He always got tears in his eyes when he told of his sister writing him letters every single day while he served in Korea. He also leaves three nephews, Chris Hanna, Mark Willis and David Willis and  Bob’s dog, Charlie, who still watches for him to come home every day.

Donations can be made in memory of Bob Willis to the University of Memphis. Please designate your gift to the Fund for the Daily Helmsman. You can make an online gift here. For help making online donations, please contact Wesley LaRue at 901.678.3468.