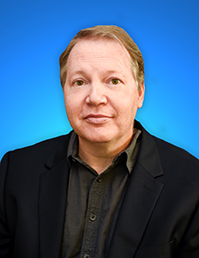 Dr. Joe Hayden, a former television news writer, reporter and producer, specializes in media history and politics. He is the author of two books on presidential-press relations (Covering Clinton and A Dubya in the Headlights), a third on American journalists at the end of World War I (Negotiating in the Press), and a fourth on Southern editors during the Civil War (Journalism in the Fallen Confederacy). In 2018, he co-produced a documentary on civil rights activism in Memphis, Once More at the River. He is currently at work on a history of disinformation in the U.S. (Routledge, 2023). He has taught writing for more than 20 years and published two books on the subject: The Little Grammar Book (Marion Street Press, 2012) and a companion volume, The Little Style Book (Marion Street Press, 2015). In 2008, he received the Thomas W. Briggs Award for Excellence in Teaching. In 2015, Dr. Hayden received a Faudree Professorship, a three-year appointment. He has also taught in Germany, Egypt, and China.