On July 6, 1965, Dr. Martin Luther King, Jr., addressed the fifth General Synod of the United Church of Christ in Chicago. A copy of the twenty-page typed text, with hand-written corrections and additions by Dr. King, was purchased in 2017 by Avron B. Fogelman, the prominent Memphis philanthropist and supporter of the University of Memphis. Mr. Fogelman graciously allowed the speech to be displayed in the university’s Ned R. McWherter Library in March and April 2018  as part of the fiftieth anniversary commemoration of Dr. King’s death.

Dr. King was invited by the predominately-white United Church of Christ to speak on the topic “Man in a Revolutionary World” and in the speech he urged the white churches to join with the black churches in the civil rights movement. He said it was the church’s role to take the moral lead and condemn racial segregation and discrimination, which many white churches had supported historically. He acknowledged that changes in the law were important but the hardest task was to change people’s thinking and that was a great responsibility of the church.

Dr. King noted that the recent protests in Selma and Birmingham, Alabama, and in Mississippi had helped white churches to realize their responsibility and had led to the Civil Rights Act of 1964 and the forthcoming Voting Rights Act. But there was still much to do, especially in the areas of inequality of employment, education and housing.

In 1965, Dr. King was in Chicago to join the fight against segregated housing and he was soon to redirect his efforts to tackling the socio-economic challenges of poverty among black people. That issue would bring him to Memphis three years later in support of the sanitation workers’ strike in early 1968.

It is the hand-written amendments and additions by Dr. King that make the document unique. These include extensive notes on the last page with references to passages in the Bible that Dr. King often liked to use, and which appeared in his famous “Mountaintop” speech in Memphis. The notes end with the rousing words of the civil rights movement, “We Shall Overcome.”

The text of Dr. King’s speech published in the proceedings of the synod by the United Church of Christ does not include the annotations, which suggests that he used the speech as a basis for a subsequent speech to another audience. Considering the hundreds of speeches Dr. King was giving annually at this time, it would not be surprising that he gave similar speeches with amendments to cater to different audiences. Unfortunately, there is no indication on the speech when and where the amended version was delivered.

Below is the speech in its entirety: 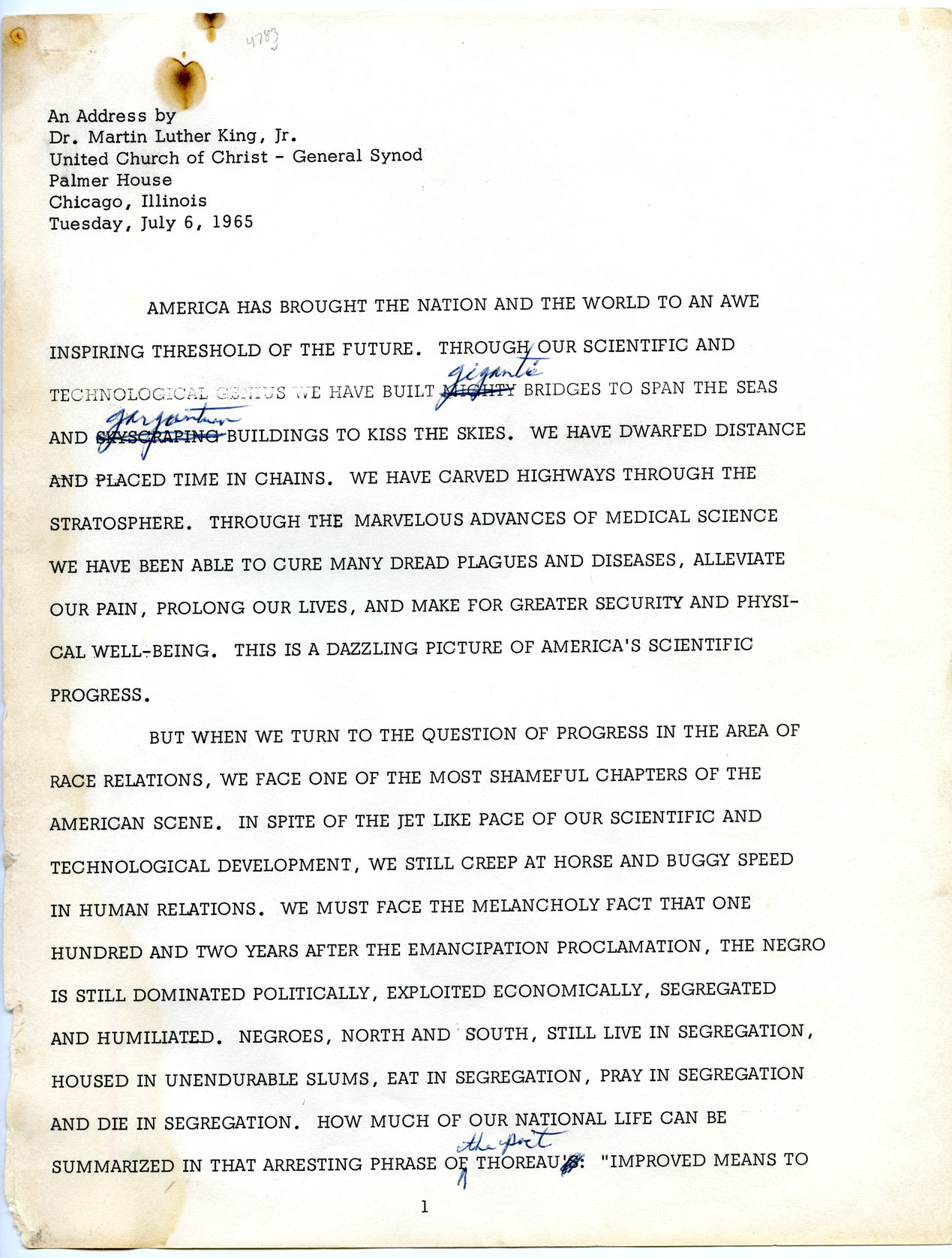 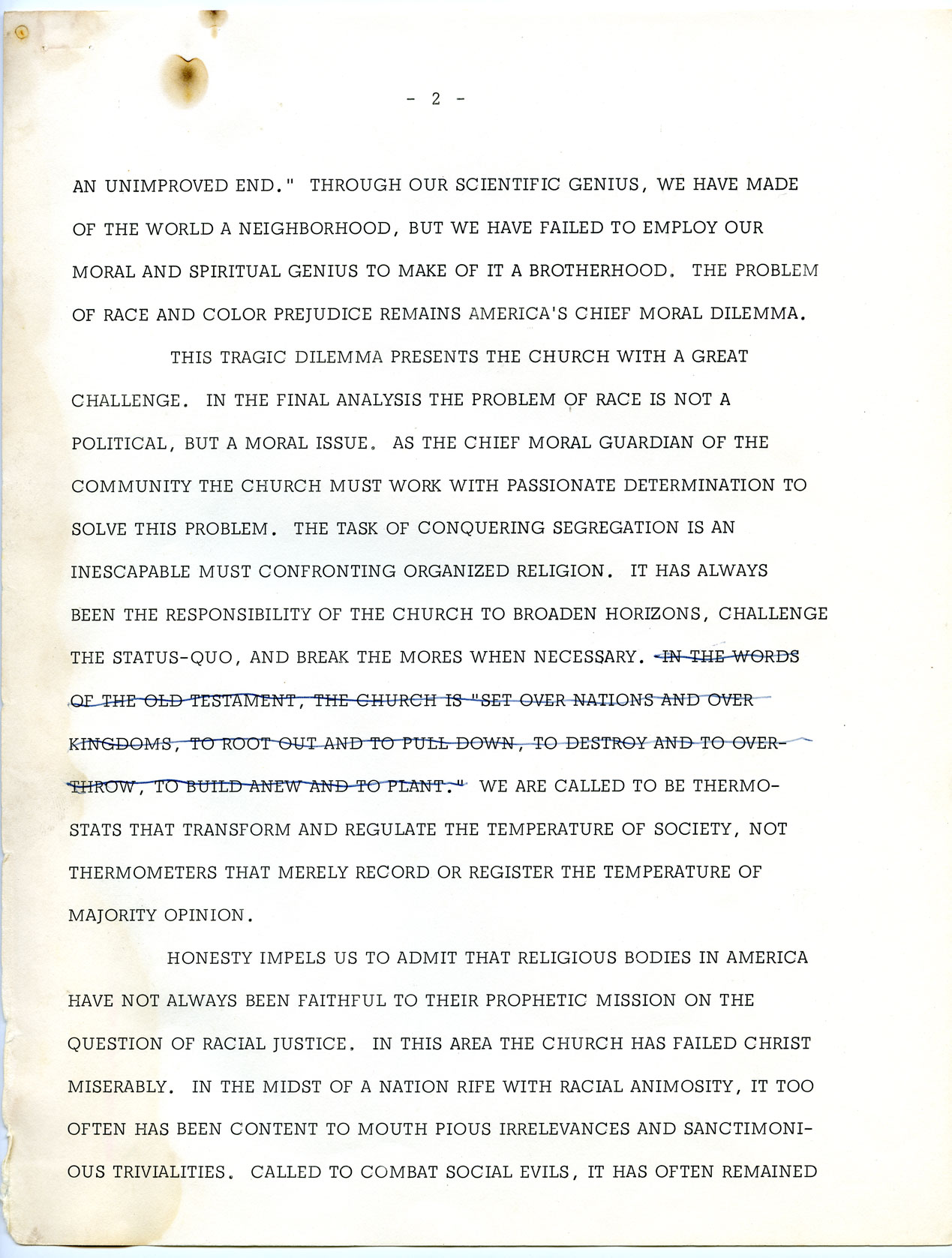 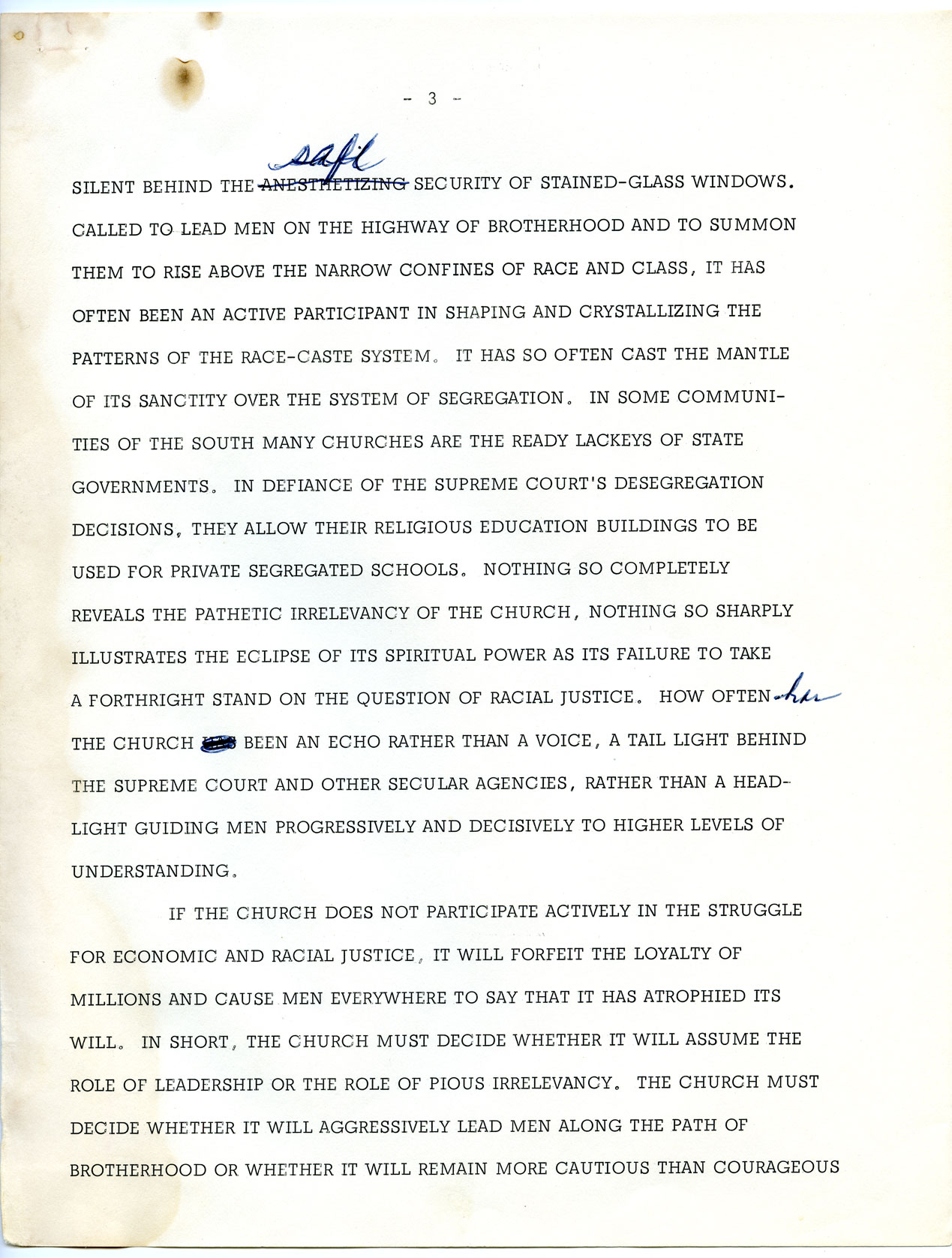 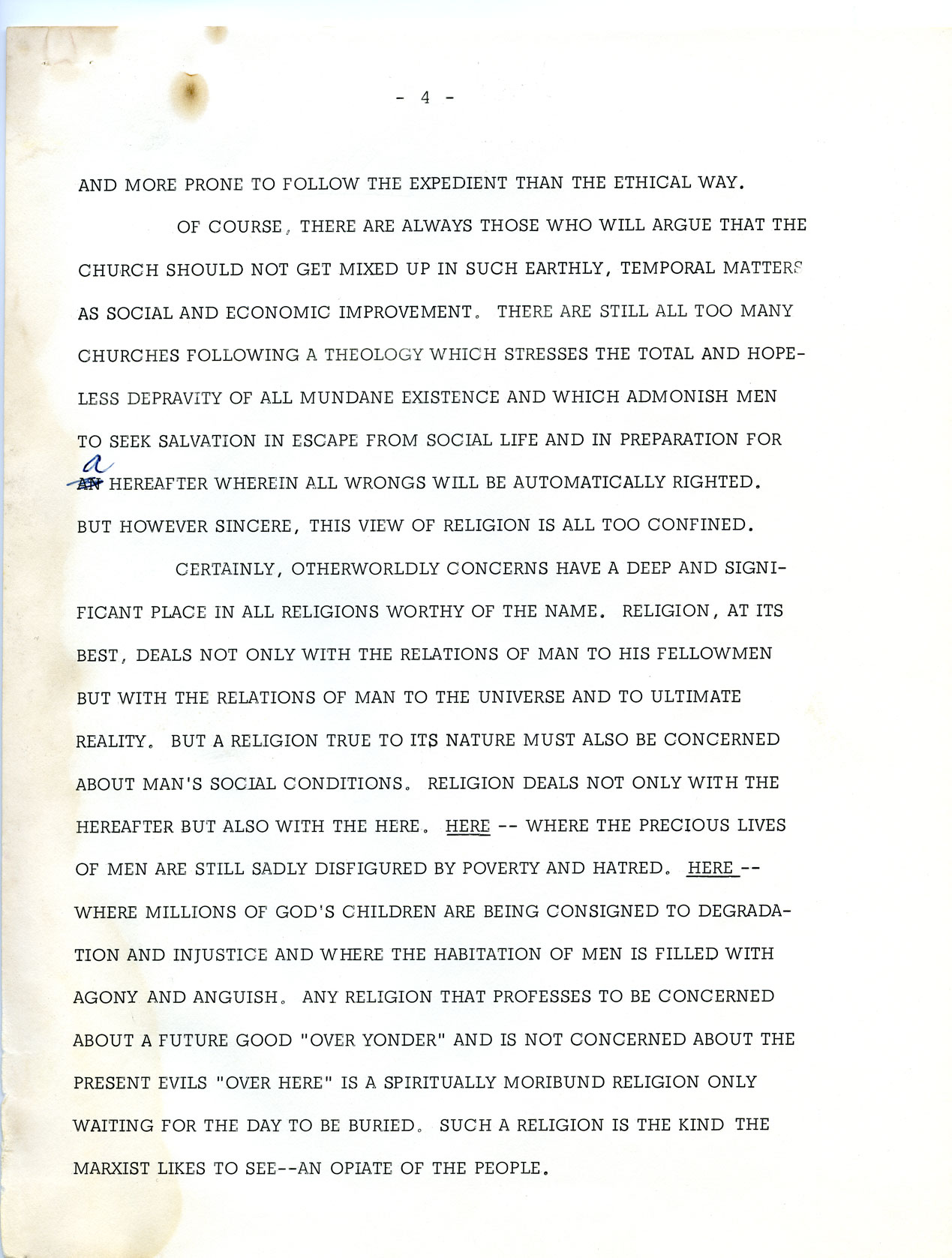 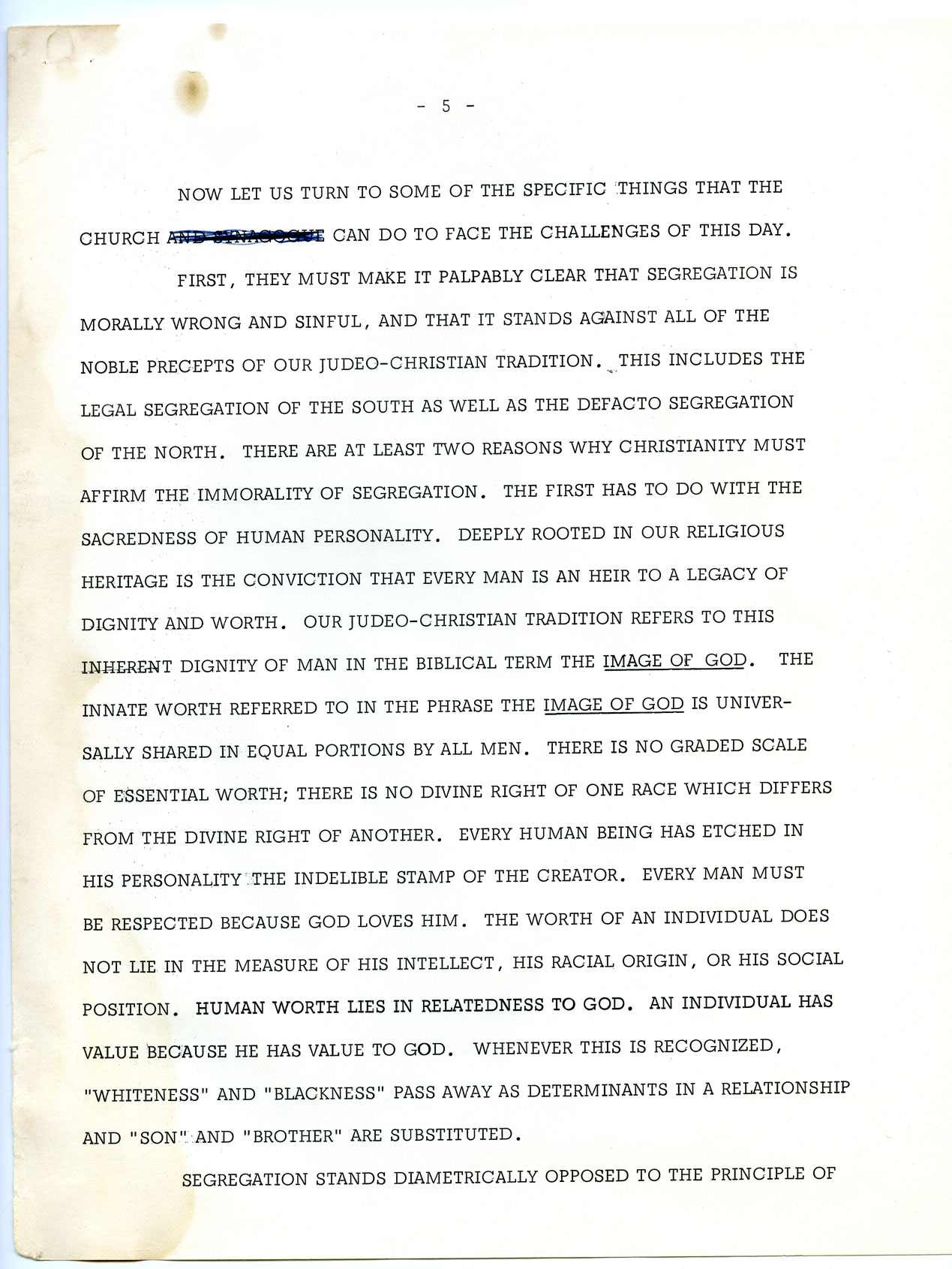 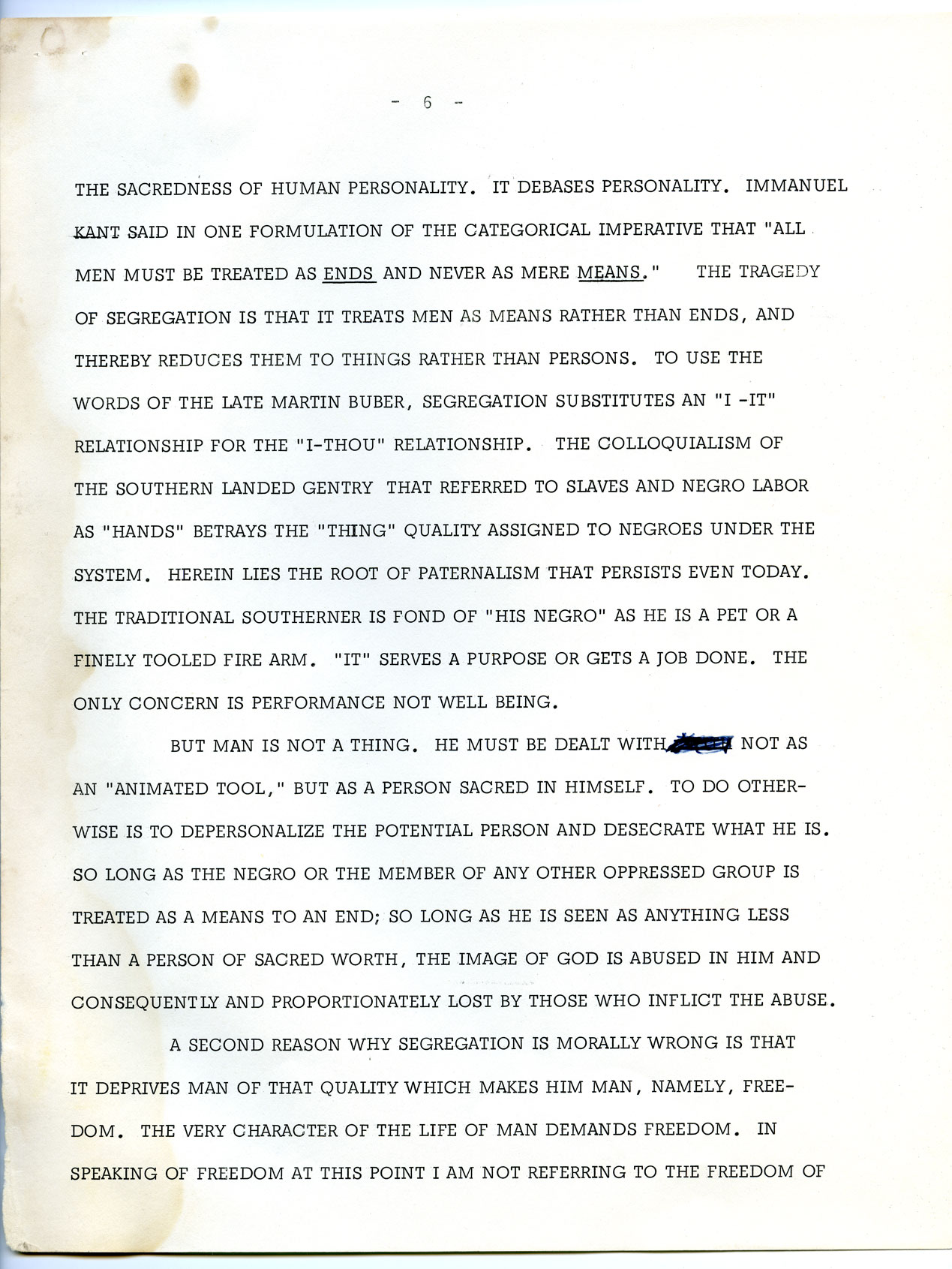 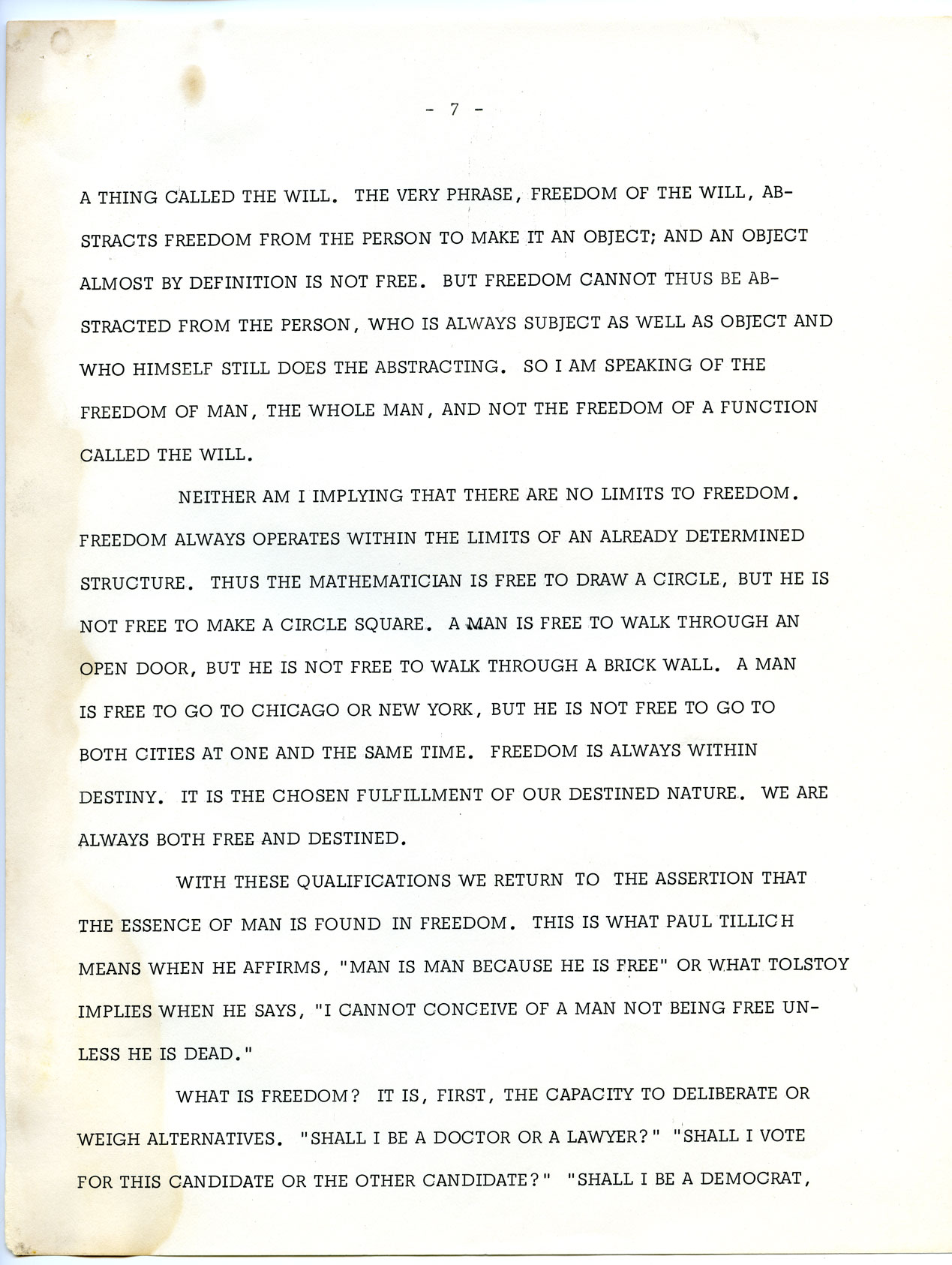 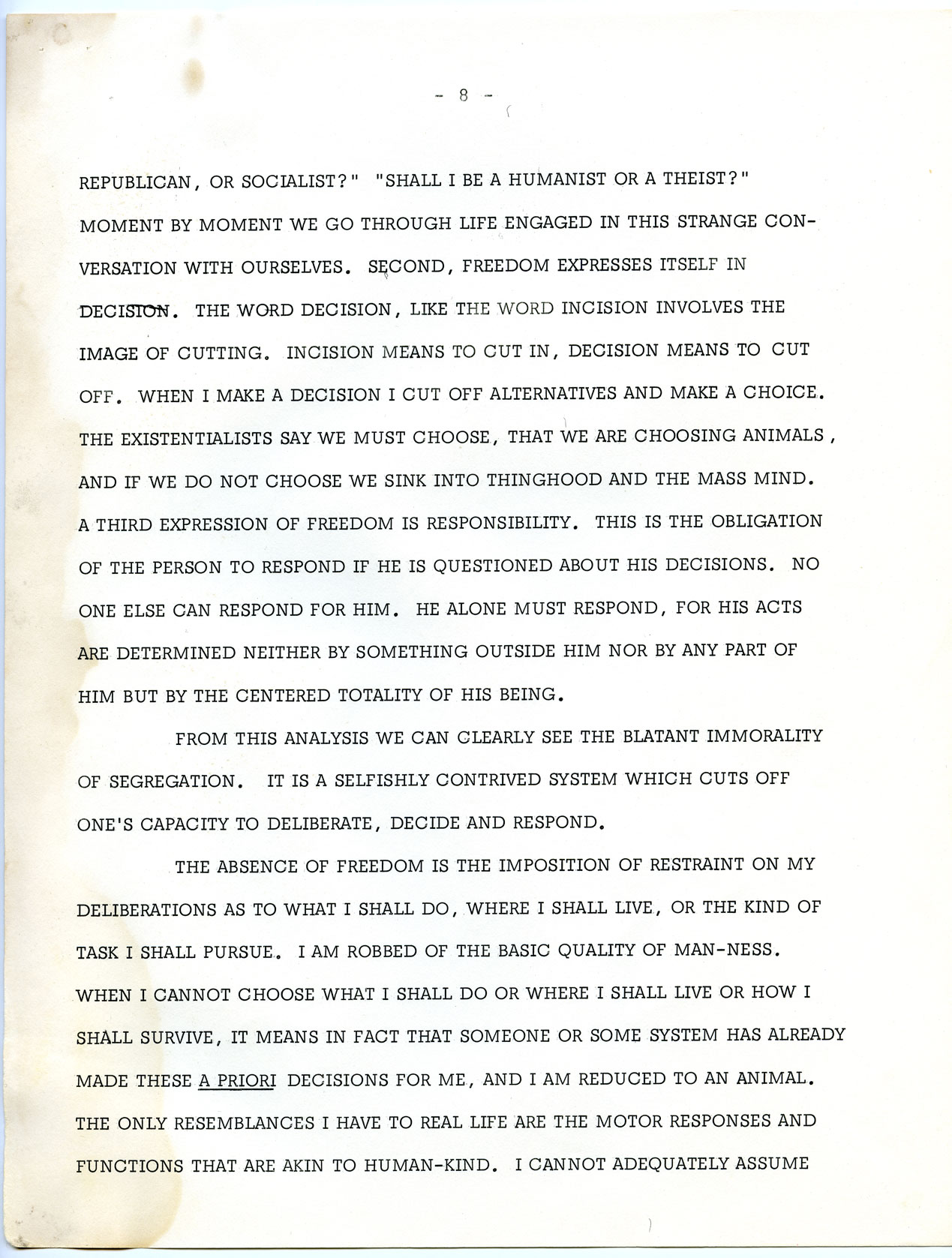 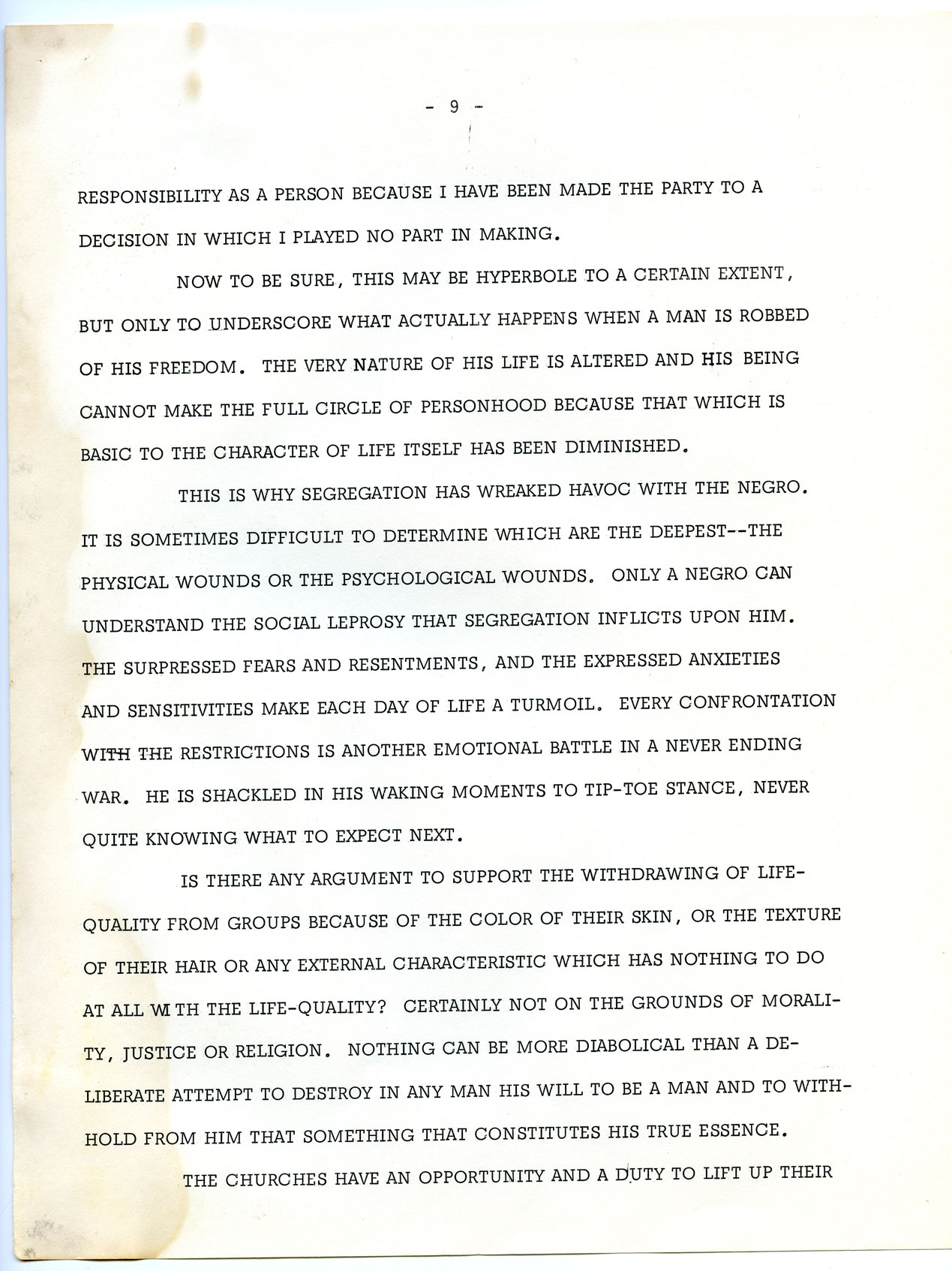 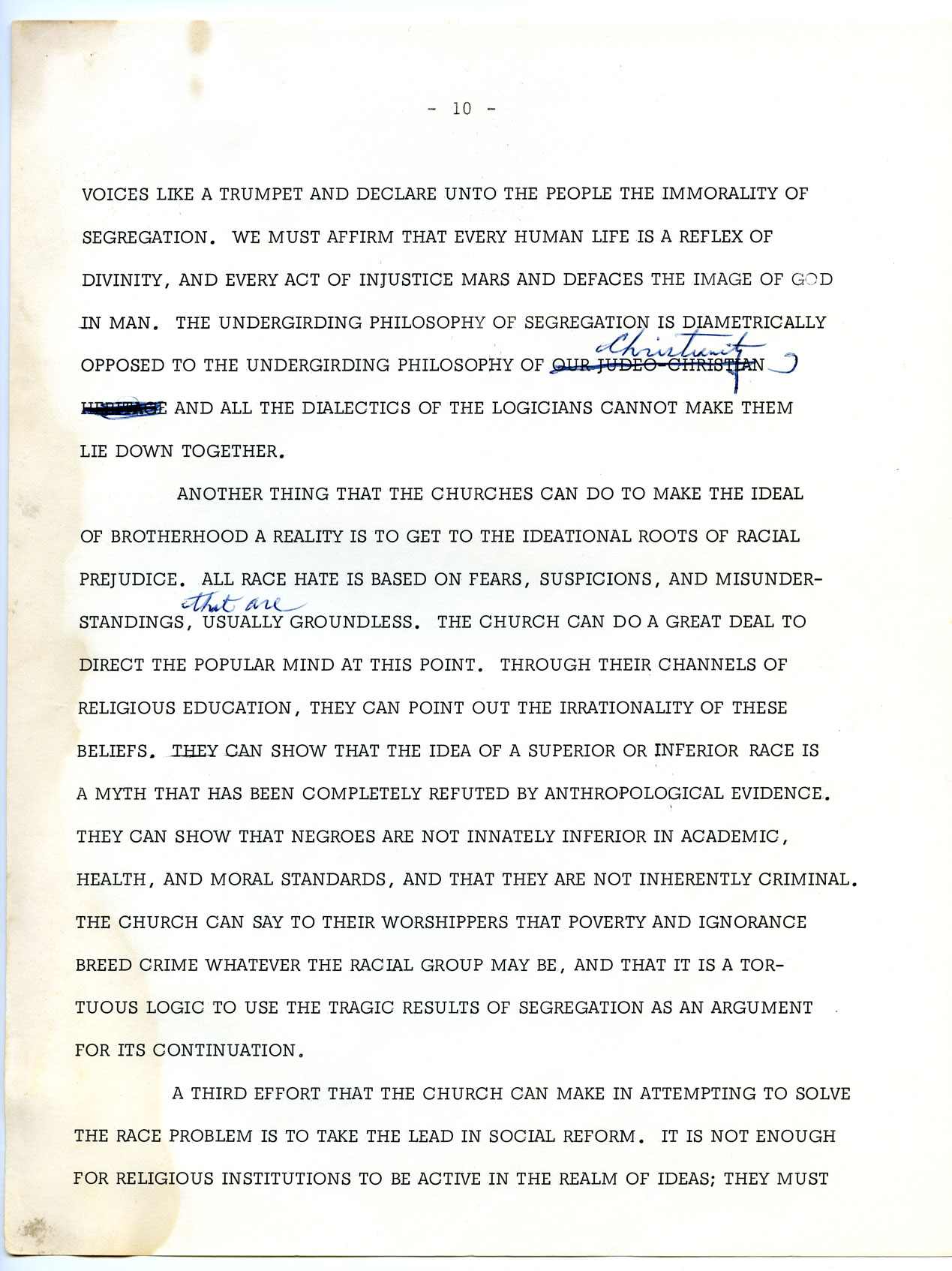 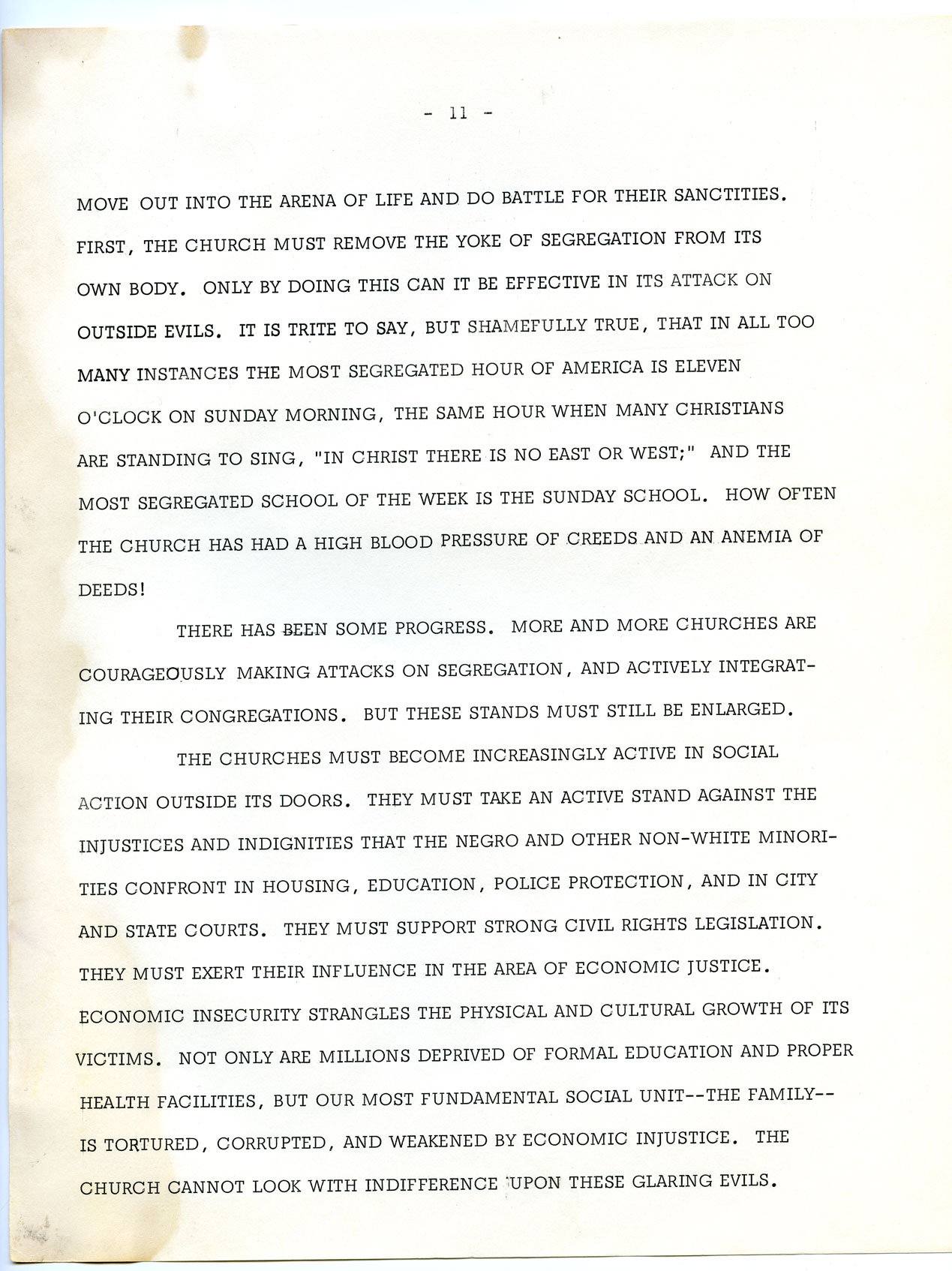 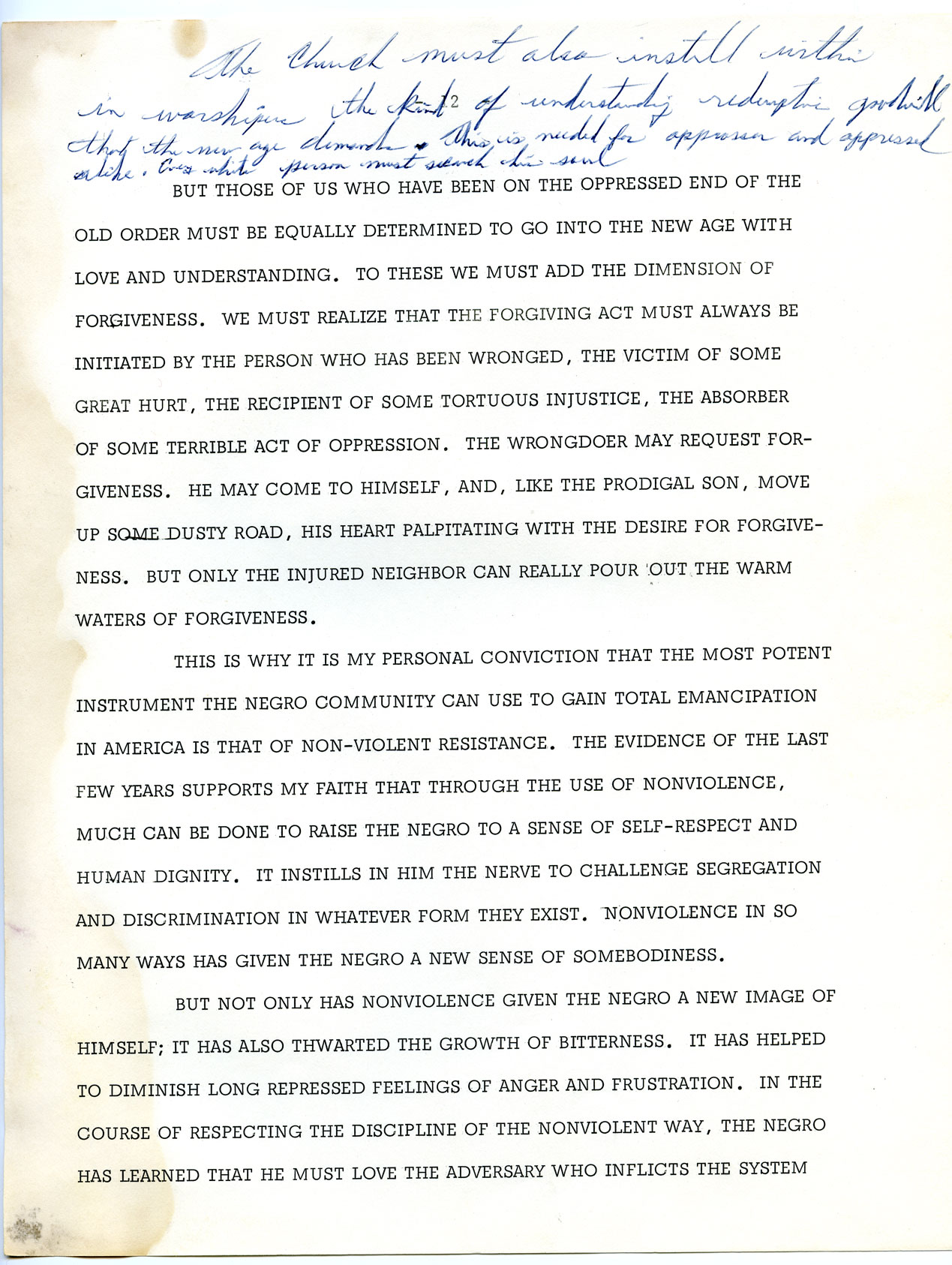 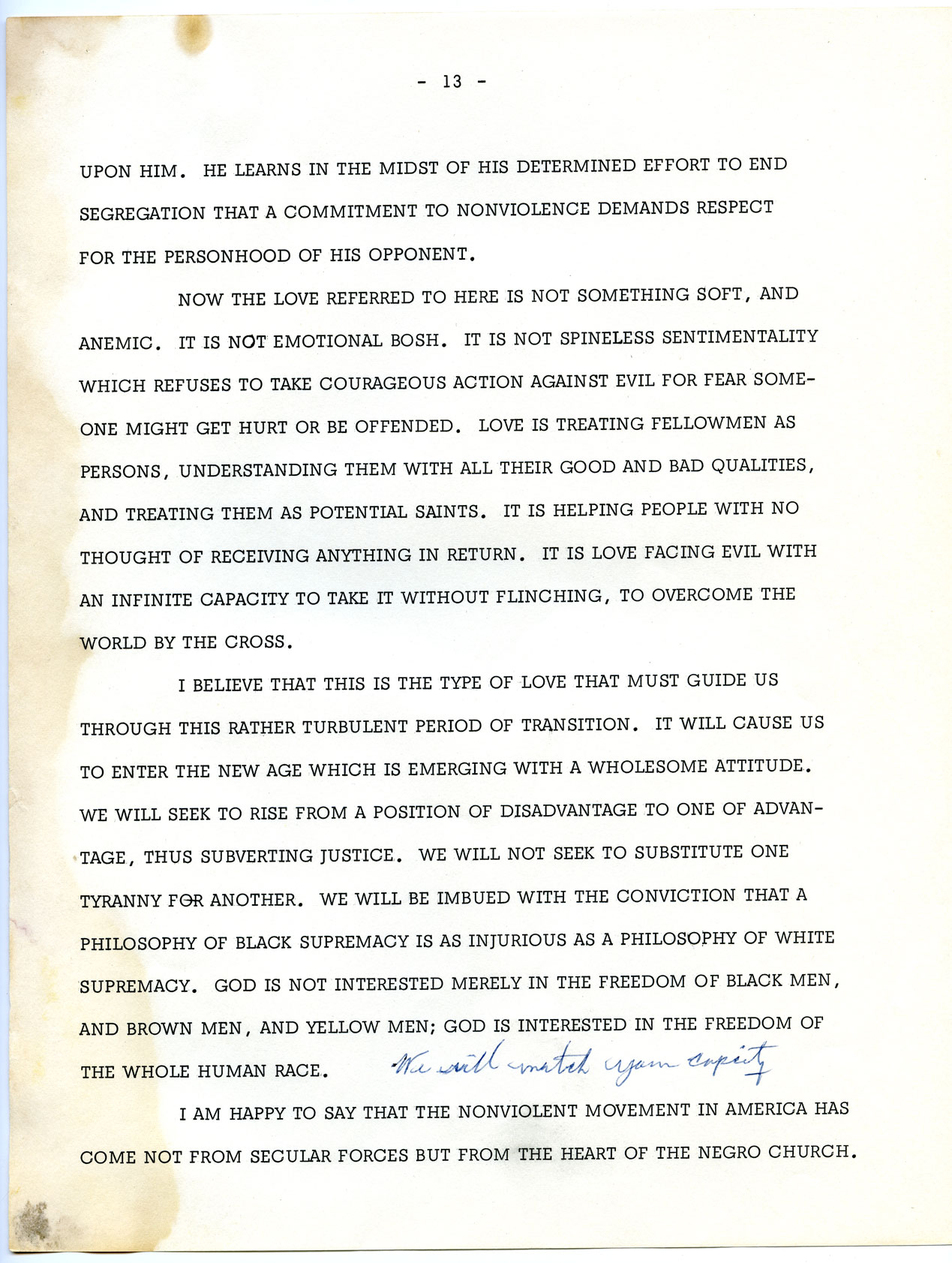 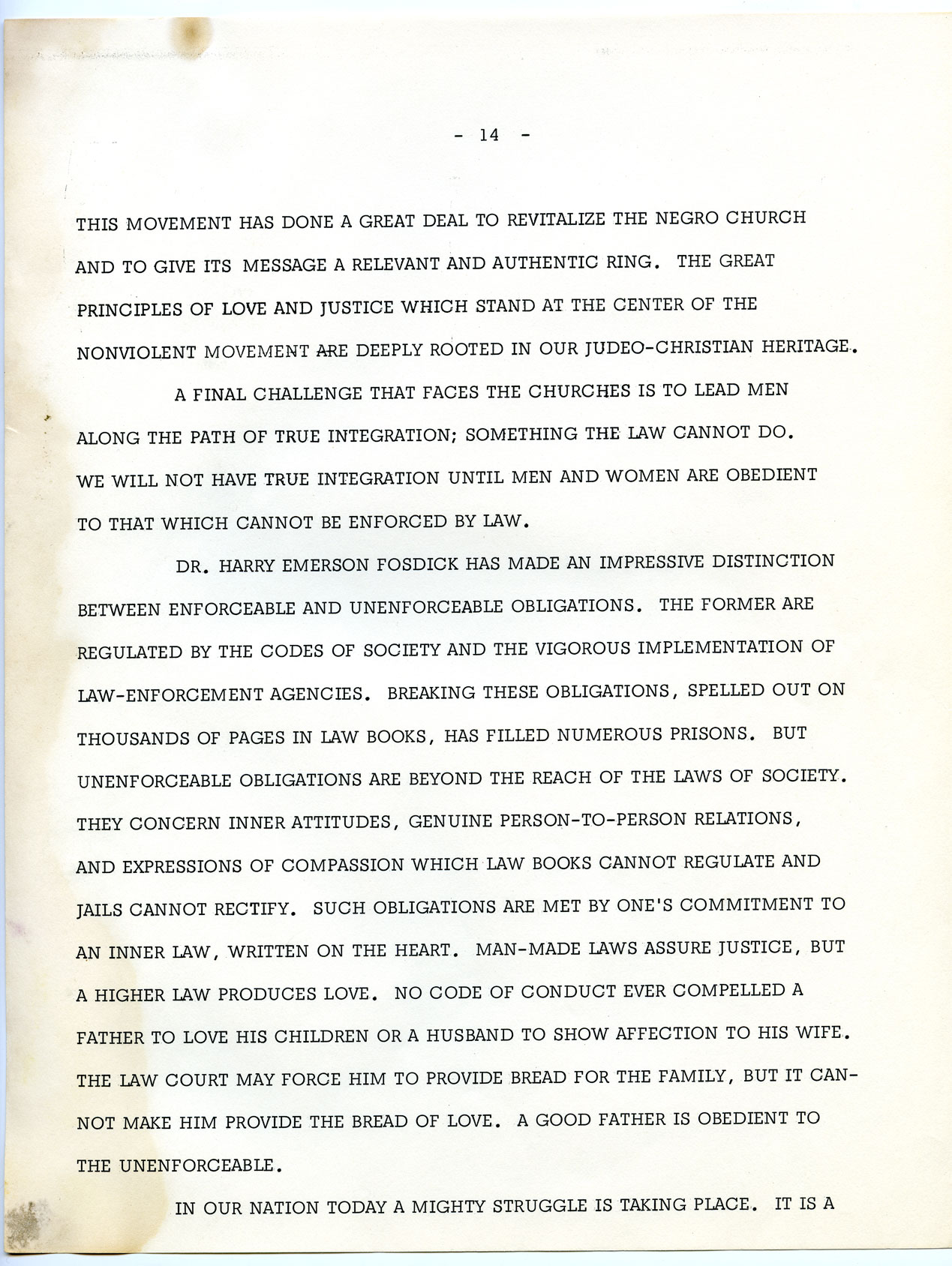 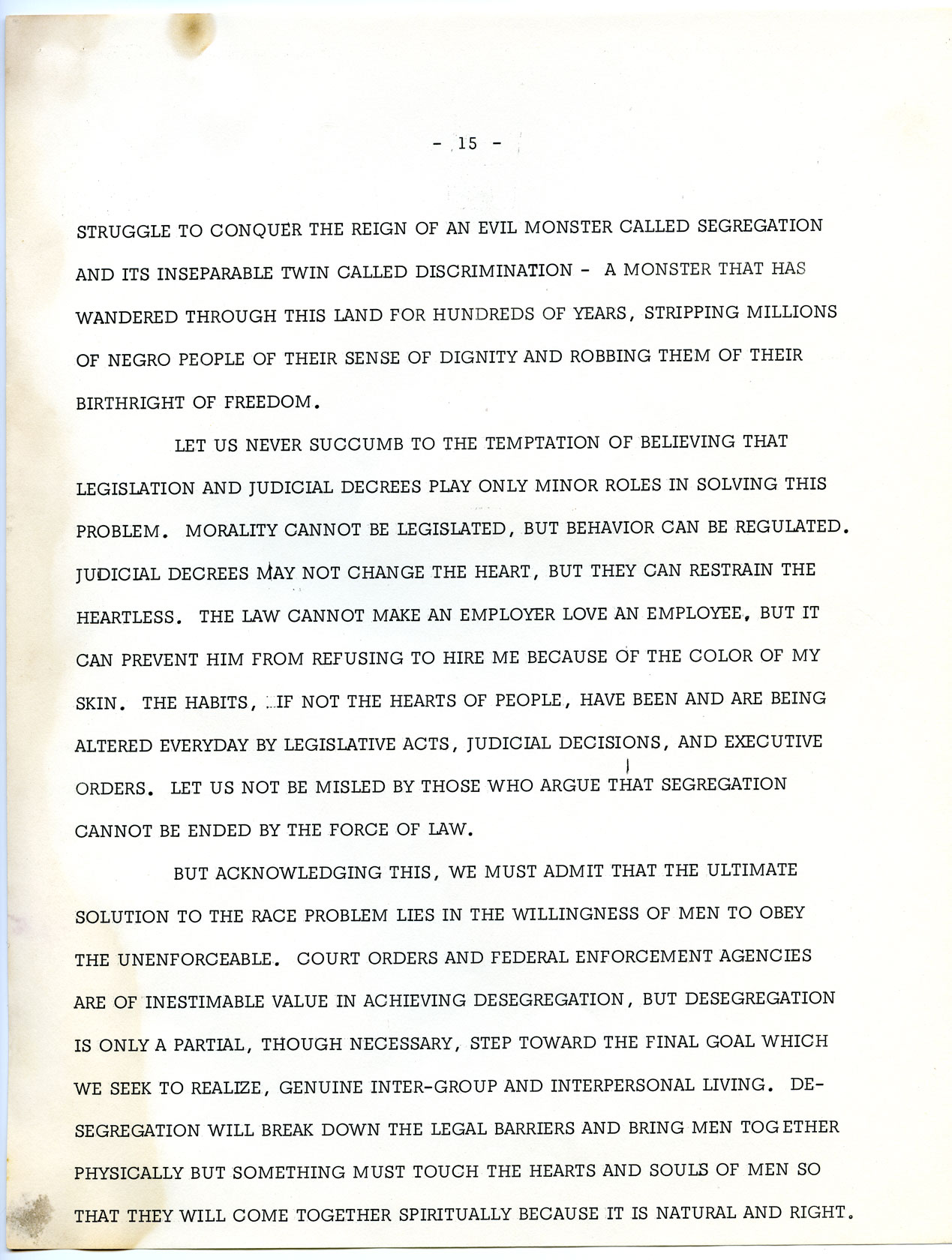 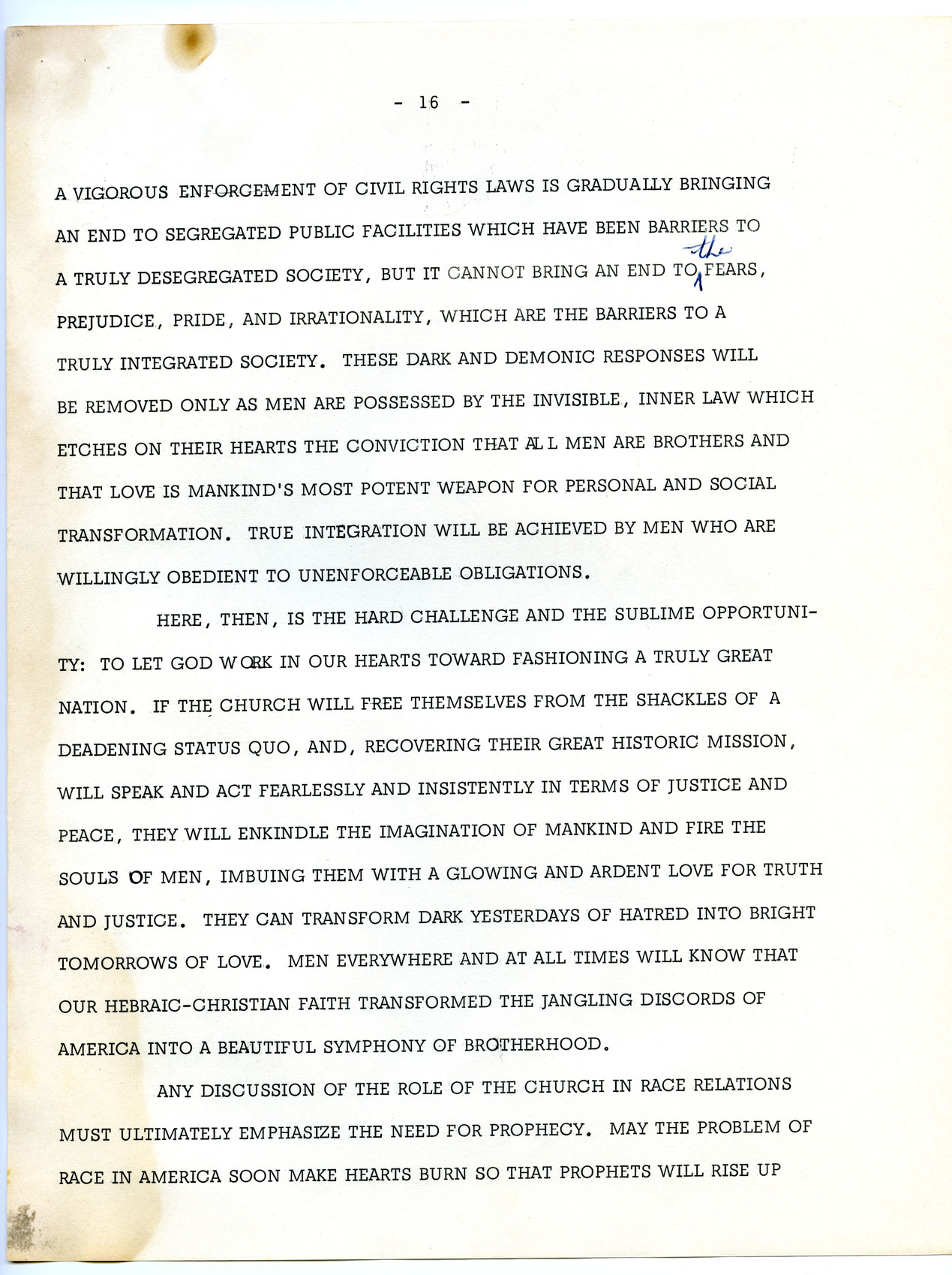 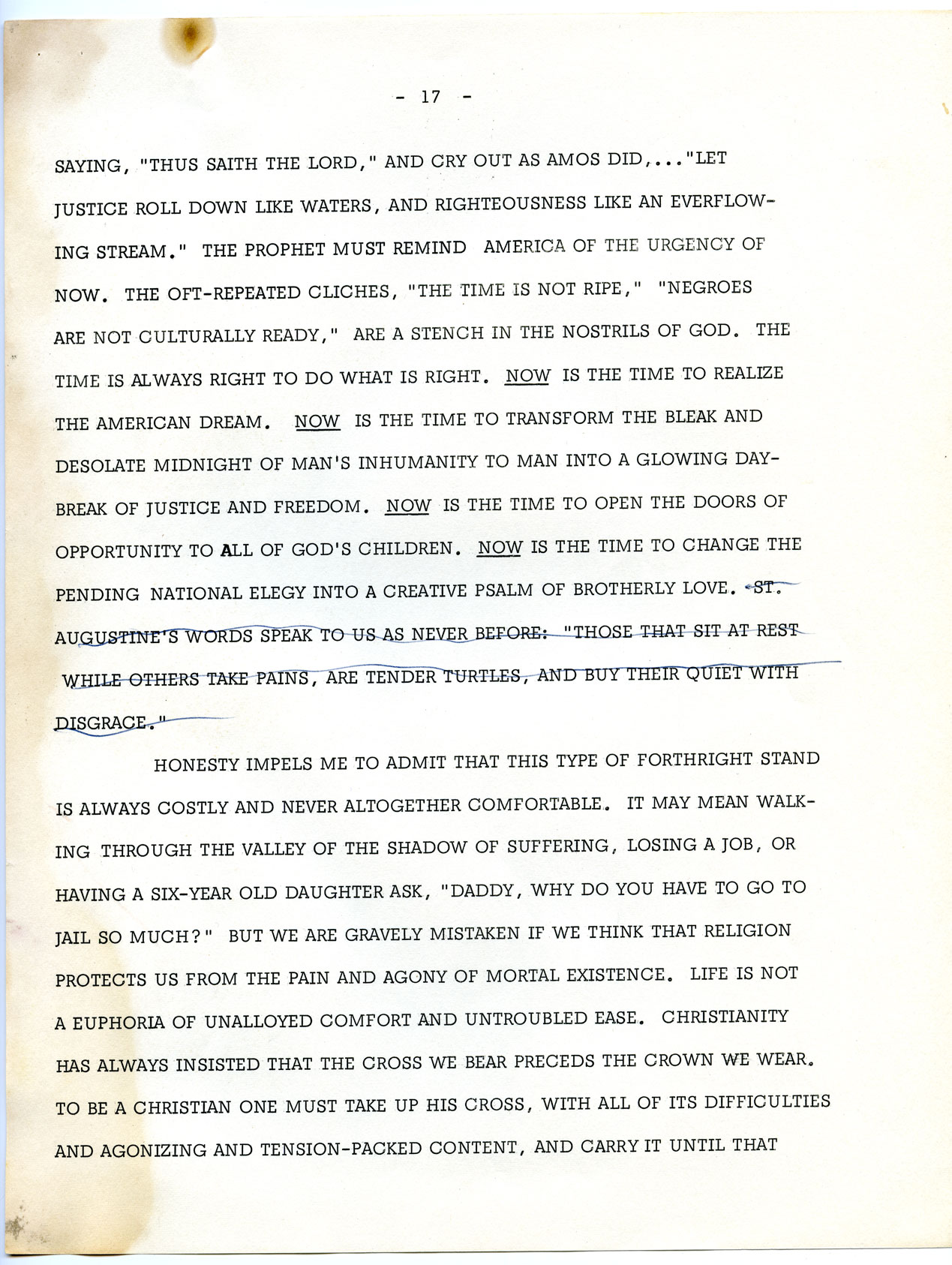 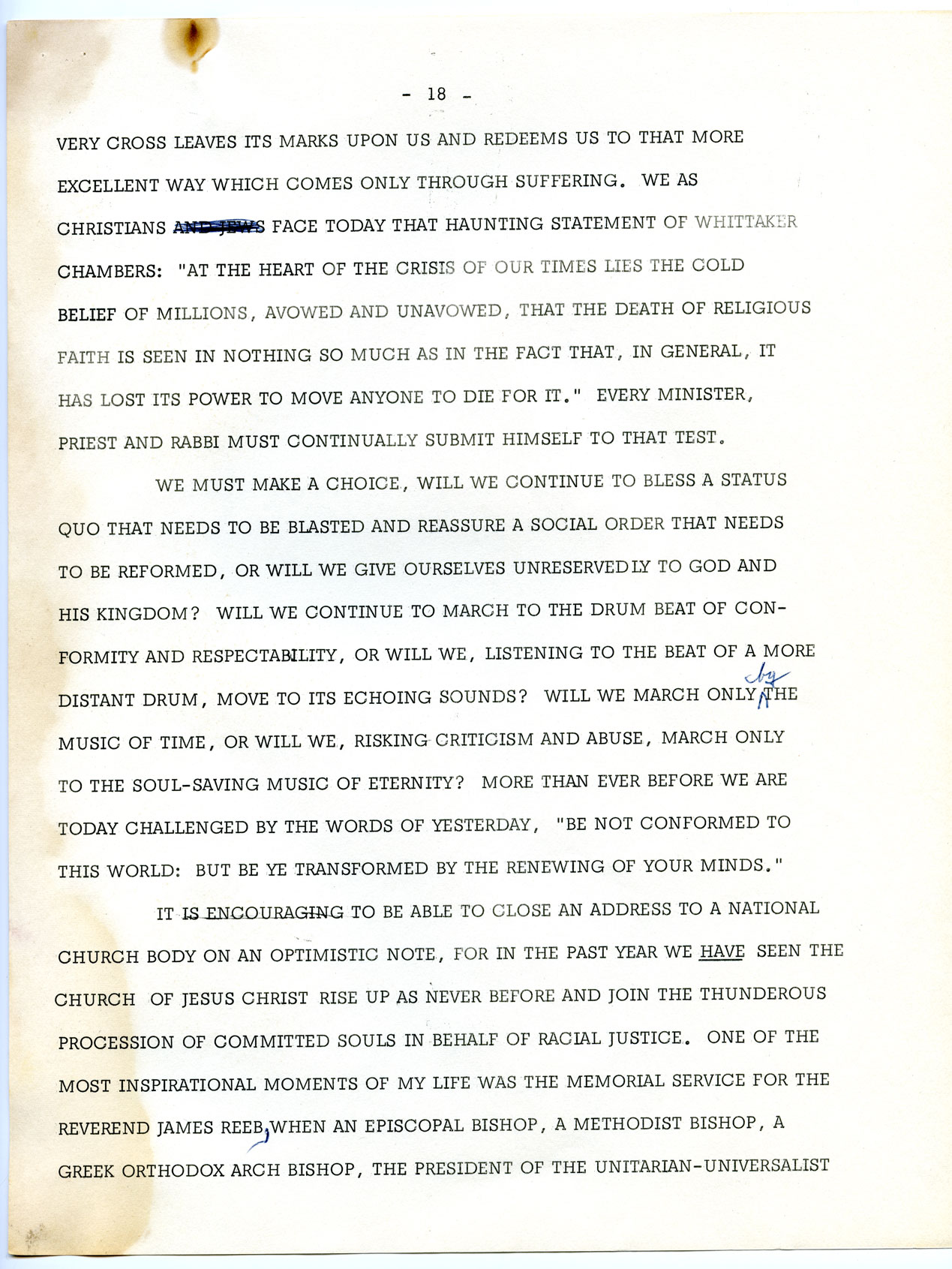 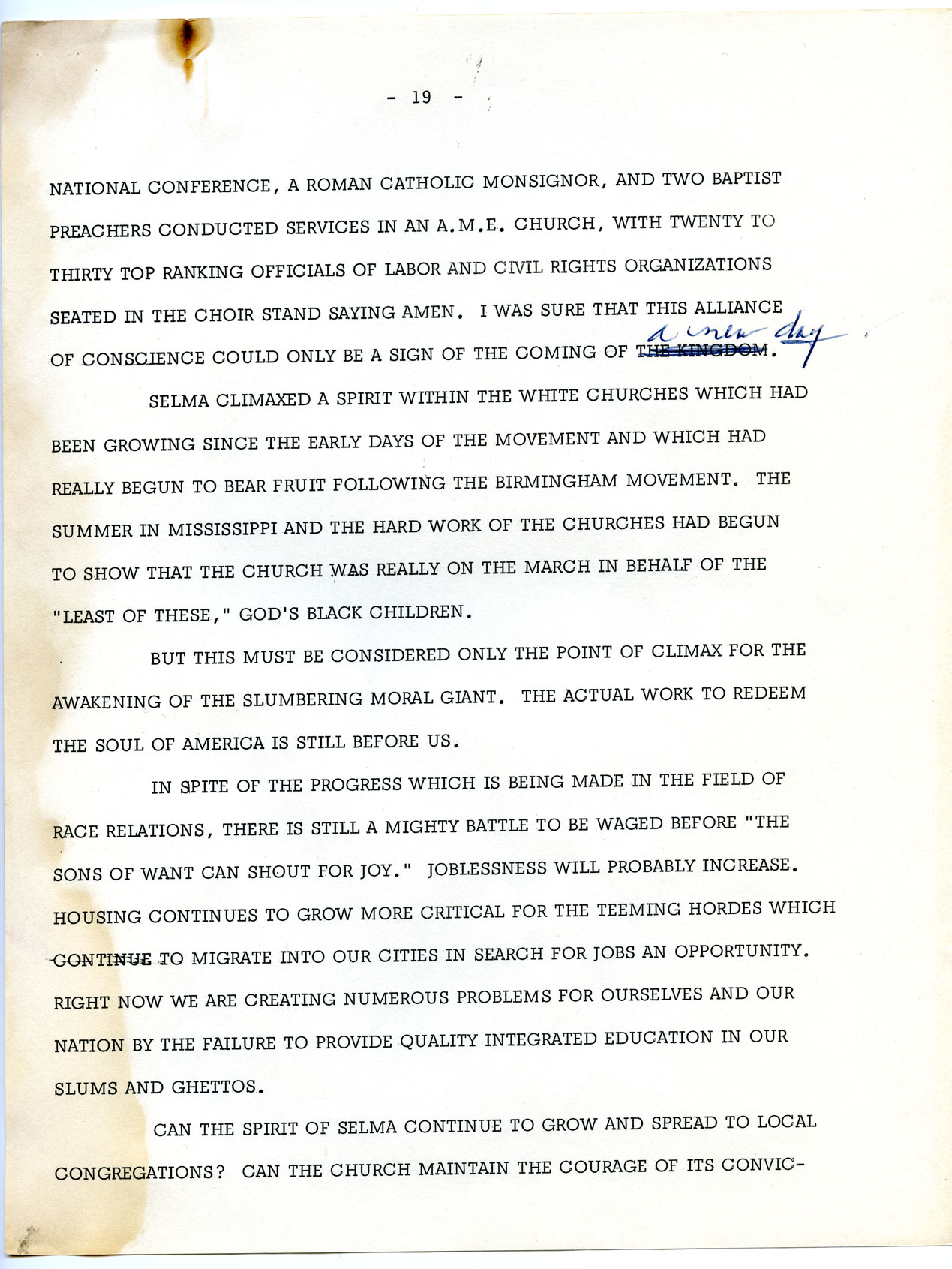 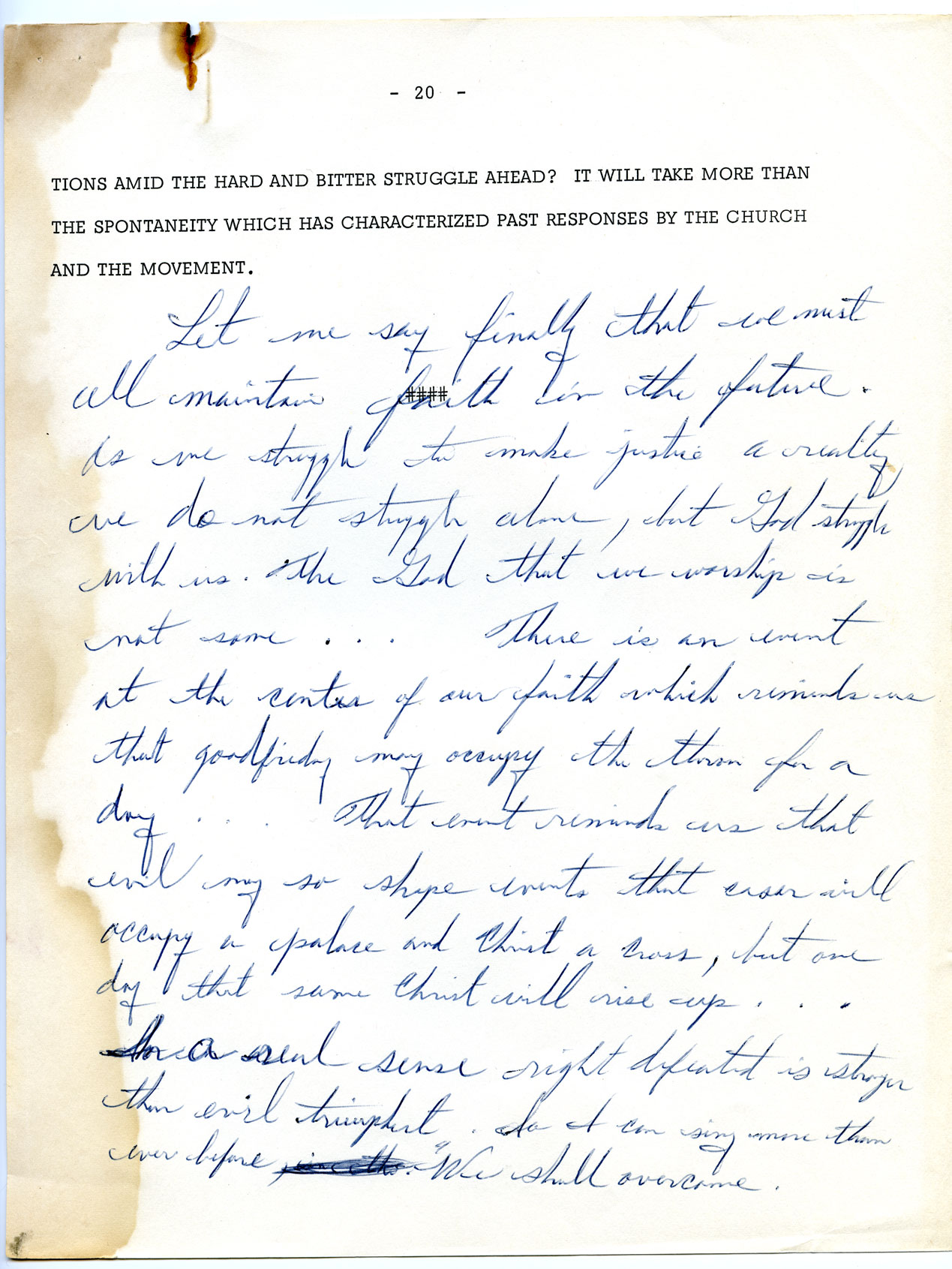