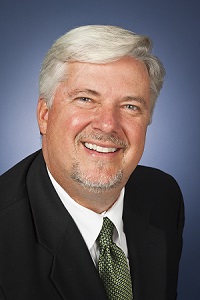 April 30, 2015 - John Chiego has been appointed director of the Rudi E. Scheidt School of Music at the University of Memphis.

Chiego, who joined the UofM faculty in 1979, is a professor of double bass. He has been an active performer his entire career serving in positions such as principal bass of the Nashville Chamber Orchestra and bassist for the Orpheum Theatre Orchestra, playing for touring Broadway shows. He was the longtime principal bass of the Memphis Symphony Orchestra and has served on the faculties of the Hot Springs Music Festival, Brevard Music Center, Allegheny Summer Music Festival, Blue Lake Fine Arts Camp and the Tennessee Governor's School for the Arts before joining the faculty of the National Music Festival.

"I'm thrilled that Professor Chiego has accepted our offer to lead the Rudi E. Scheidt School of Music," said UofM President M. David Rudd. "We have great confidence in his ability to lead the school in the coming years, build on a solid foundation and achieve national and international recognition for a remarkably talented group of faculty and students. The Scheidt School of Music is one of the true gems at the University of Memphis."

UofM Provost Karen Weddle-West said, "I am tremendously impressed with John Chiego's knowledge and understanding of the budget model, strategies to maximize resources during the SRI (Strategic Resources Investment) transition, his awareness of and appreciation for the University's culture, and his vision to enhance the national and international recognition of the high-quality scholarly/creative productivity among the faculty and students in the Rudi E. Scheidt School of Music. His leadership will be an asset to the College of Communication and Fine Arts and the larger community."

Chiego has been an artist-in-residence at the Bay View Chamber Music Festival and toured with such artists as Amy Grant and Vince Gill. He has traveled extensively throughout the U.S., Canada and Europe, with featured solo recitals at the Edinburgh International Double Bass Festival and the International Society of Bassists worldwide convention. He is the author of The Musical Experience, a popular textbook for introductory music courses used by colleges and universities across the country.

"As the new director of the School of Music, it will be my privilege to work alongside an extraordinary faculty and help bring well-deserved recognition to the already world-class work they and their students do every day in the school and in the community," Chiego said. "I invite music lovers of every type to join us at any of the more than 250 concerts we present each year to hear for themselves the quality of our students as they prepare to become the next generation of performers and music educators."