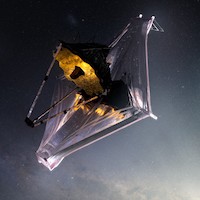 The University of Memphis Lambuth M. D. Anderson Planetarium & Jackson-Madison County Public Library have joined hundreds of sites across the country to celebrate the release of the first science images from the James Webb Space Telescope, NASA’s next great space science observatory.

More on the event > 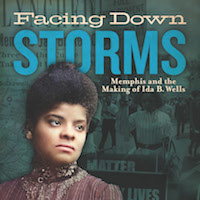 Malco Studio on the Square Features Hooks Institute’s Ida B. Wells Documentary on July 21 and July 28 at 7 p.m.

“Facing Down Storms: Memphis and the Making of Ida B. Wells,” a production of the Benjamin L. Hooks Institute for Social Change at the University of Memphis, will be shown on July 21 and July 28 at 7 p.m. at the Malco Studio on the Square, 2105 Court Ave., in Memphis. General Admission Tickets are $10 each. 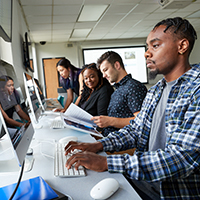 St. Jude Children’s Research Hospital, the University of Memphis, the Tennessee Department of Education, Memphis-Shelby County Schools and other area colleges and universities, have created a new partnership to expand access to STEM education to provide educational opportunities to students who have been historically underrepresented in science-related careers.

More on the partnership > 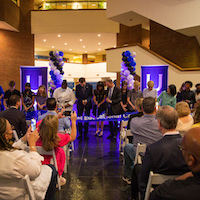 The University of Memphis has received a $445,000 new school launch grant from NewSchools Venture Fund to support the opening of the University High School. University High will open on campus in the Orgel Educational Center this fall with its inaugural class of 100 freshmen. 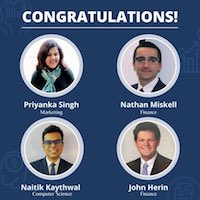 UofM Students Finish No. 2 in the World in 2022 Hedge Fund Competition

Four University of Memphis students from the Fogelman College of Business and Economics finished No. 2 in the world, winning the silver medal and a $5,000 scholarship prize, in the 2022 Inter-University Southeastern Hedge Fund Competition at Georgia Tech. The UofM cross-disciplinary student team of Priyanka Singh in Marketing and Naitik Kaythwal in Computer Science along with Nathan Miskell and John Herin, both in Finance, defeated more than 80 top universities. 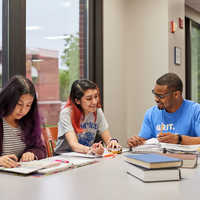 For the third time in five years, the University of Memphis will have no tuition increase for all in-state students for the 2022-23 academic year. The University will implement a nominal 1-2.16% increase for nonresident and international students. Both tuition proposals were announced at the UofM Board of Trustees meeting on Wednesday.

More from the Board meeting > 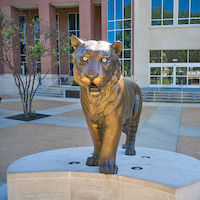 UofM Board of Trustees will meet June 1

The University of Memphis Board of Trustees will meet on June 1 in the Maxine A. Smith University Center on the UofM campus. The committee meetings will be held in the UC Fountain View Boardroom beginning at 8 a.m. and will run consecutively. The Audit Committee will meet in an executive session to discuss matters confidential under state law. The full Board of Trustees meeting will begin at 1 p.m. in the UC Ballroom. All meetings are open to the public and the Board meeting will be livestreamed.

More on the board meeting > 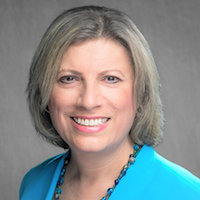 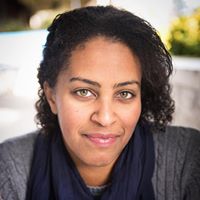 The University of Memphis’ Institute for Public Service Reporting (IPSR) is launching a new investigative journalism project to explore racial injustice in the Mid-South and is hiring veteran journalist Laura Faith Kebede to head it up. 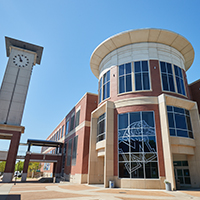 The University of Memphis once again ranks as the safest large campus in the State of Tennessee, according to the Tennessee Bureau of Investigation’s 2021 Crime on Campus Report. This marks the seventh time in 10 years the UofM has ranked as the safest of the state’s 10 universities with a student population of more than 5,000. 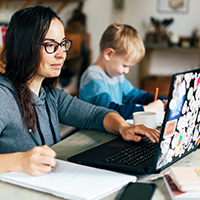 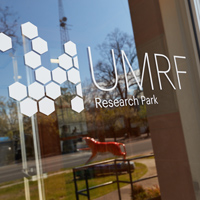 Learn more about Ookla® and the expansion > 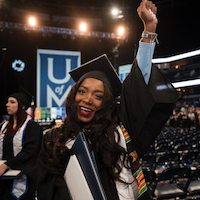 UofM to Hold Largest Commencement with 2,713 Graduates at FedExForum

The University of Memphis will recognize a record 2,713 graduates from spring 2022, the first under UofM President Bill Hardgrave, with three commencement ceremonies at 10 a.m., 1:30 p.m. and 5 p.m. on Saturday, May 7, at FedExForum. It is the UofM’s largest in-person participating class in one semester. Richard C. Shadyac Jr., president and chief executive officer of ALSAC, will be the commencement speaker. 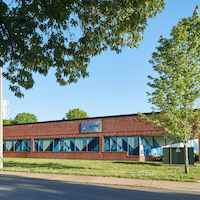 UMRF Ventures Inc., the private company founded in 2017 by the University of Memphis Research Foundation with a grant from FedEx, will celebrate five years in business with a reception at its headquarters on UofM’s Park Avenue Campus Wednesday at 5:30 p.m. UofM President Bill Hardgrave and Rob Carter, executive vice president, Information Services, FedEx Corporation, will be in attendance.

University of Memphis’ Hooks Institute to Premiere Documentary on Life and Legacy of Ida B. Wells on April 19

The Benjamin L. Hooks Institute for Social Change at the University of Memphis will host the premiere film screening of “Facing Down Storms: Memphis and the Making of Ida B. Wells” on April 19 at the Halloran Centre for Performing Arts and Education. A reception will begin at 5:30 p.m. followed by the program and film screening at 7 p.m.

More on the documentary > 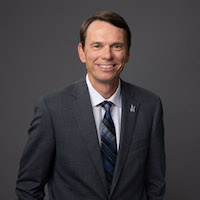 Dr. Bill Hardgrave began his first official day as the 13th President of the University of Memphis on campus Friday meeting, greeting, listening and learning. Prior to the UofM, Hardgrave served as Auburn University’s Provost and Senior Vice President for Academic Affairs since January 2018. He served as dean of Auburn’s Harbert College of Business from August 2010 through December 2017.

The UofM will host its second annual Day of Giving, a 24-hour, University-wide giving event from noon on April 5 to noon on April 6. The campaign, “Driven by Giving,” is an opportunity for students, faculty, staff, alumni and friends to show their support for UofM students.

About the Day of Giving > 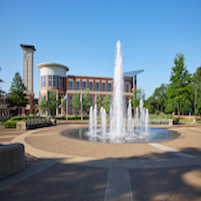 The University of Memphis was ranked in 31 U.S. News & World Report Best Graduate Programs national rankings for 2023 that were released Tuesday, an increase from 26 a year ago. The UofM was the highest-ranked institution in Tennessee for the third-straight year by U.S. News & World Report in its 2022 rankings of online programs. The UofM’s status in these rankings began its incredible climb five years ago, culminating in the top spot for three consecutive years. 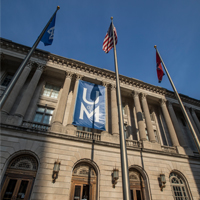 The University of Memphis Cecil C. Humphreys School of Law has been ranked the 19th best law school nationally for African American students in the latest issue of preLaw magazine. Memphis Law was also included among the top schools on the magazine's annual "Diversity Honor Roll" for 2022.

Read about the ranking > 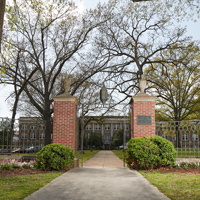 The UofM Lambuth True Blue Day is set for March 19 with an all-day celebration on campus, highlighted by the alumni awards reception and dinner in the Jack Morris Ballroom at 6:30 p.m. For more information on the event, to buy tickets and to purchase merchandise, click here. 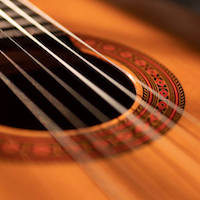 Noted classical guitar masters from around the country and the world will be returning to the University of Memphis Rudi E. Scheidt School of Music for the 9th Annual Memphis International Guitar Festival sponsored by the Augustine Foundation on March 18-20.

Learn more about the festival > 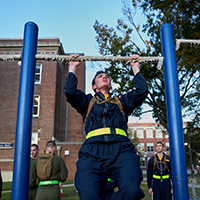 The University of Memphis has been honored among the top Military Friendly Schools for the eighth consecutive year, as the institution received Gold recognition for 2022-23. The list honors the top colleges, universities and trade schools that are doing the most to embrace military service members and veterans as students and ensure their success on campus.

More on the honor >

Pinnacle Financial Partners is presenting a $15,000 financial gift to the Benjamin L. Hooks Institute in the name of Herman Strickland, a long-time Pinnacle leader and pillar of the community with countless contributions to Memphis and the Mid-South. In addition to the contribution, the director’s office at the Hooks Institute is now named in Strickland’s honor. 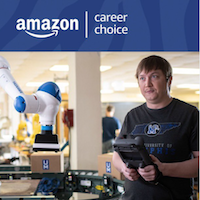 The University of Memphis has been selected as an education partner for Amazon’s Career Choice program, providing Amazon’s hourly employees access to many nationally ranked academic programs. Associates will be able to take courses on the Central campus, at UofM Lambuth or online through UofM Global.

Learn about the program > 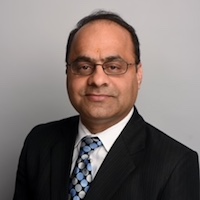 Dr. Ashish Joshi named Dean of the School of Public Health at the UofM

Dr. Ashish Joshi has been named dean of the School of Public Health at the University of Memphis, effective Aug. 1. Joshi is currently senior associate dean of Academic and Student Affairs and professor of Epidemiology and Biostatistics at the CUNY Graduate School of Public Health and Health Policy-New York. He joined CUNY in 2014 as a founding assistant dean of student affairs. In 2016, he was promoted to associate dean of Student and Alumni Affairs. He was appointed to his current position in 2018. 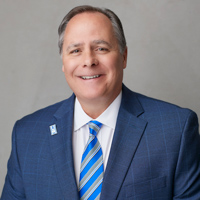 During its quarterly meeting on Tuesday, the University of Memphis Board of Trustees announced the establishment of the Rudd Institute for Veteran and Military Suicide Prevention in appreciation to UofM President M. David Rudd.

Read about the Institute >

The University of Memphis is the highest-ranked institution in Tennessee for the third-straight year by U.S. News & World Report in its 2022 rankings of online programs. The UofM’s status in these rankings began its incredible climb five years ago, culminating in the top spot for three consecutive years. The UofM is ranked in the top 150 in nine categories nationally, including six in the top 30. 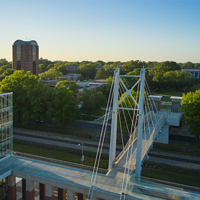 The University of Memphis has been named an R1 institution by the Carnegie Classification of Institutions of Higher Education, putting the UofM in the top tier of research universities nationally.

U.S. News & World Report national ranking for University of Memphis improves for fourth straight year
September 13 | U.S. News & World Report’s national ranking for the University of Memphis has improved for the fourth straight year for Top Public Schools and third consecutive year for Best National Universities. The No. 2-ranked public university in the State of Tennessee, UofM’s Top Public School ranking has increased to No. 123 in 2022 from No. 126 in 2021, No. 135 in 2020 and not ranked in 2019.

UofM Lambuth expanding nursing program
August 23 | The University of Memphis Lambuth is expanding its Loewenberg College of Nursing program after remodeling a portion of the library to increase the program’s growth by 50 percent. It will address workforce needs for West Tennessee Healthcare.