Global cooling and glacial-interglacial cycles since Antarctica’s isolation from other landmasses are documented to have driven widespread extinctions. However, research published by an international team of researchers in the journal Proceedings of the National Academy of Sciences, U.S.A., shows that these same Earth system processes are key drivers in diversification of one of the world’s most geographically-isolated groups of insects — Ectemnorhinini weevils. The team included Dr. Duane McKenna, William Hill Endowed Professor of Biology, director of the University of Memphis Center for Biodiversity Research and FedEx Institute of Technology research fellow and director of the Agriculture & Food Technologies Research Cluster; Dr. Seunggwan Shin, a postdoctoral researcher in the McKenna lab who is now an assistant professor at Seoul National University in Korea; and Dr. Richard Adams, a postdoctoral researcher in the department of Computer & Electrical Engineering and Computer Science at Florida Atlantic University, and research associate in the McKenna lab.

Combining species and population-genetic approaches, the research team demonstrated that weevils colonized the Antarctic islands from Africa at least 50 million years ago and repeatedly dispersed among islands — despite being flightless — likely using seabirds to travel long distances over open ocean, and against prevailing ocean currents. As the climate cooled over the last ~20 million years, weevil diversification accelerated, resulting in an unusual diversity of living weevil species for such an inhospitable region — more than 30 species of Ectemnorhinini are known from the Antarctic. While weevils are typically plant-feeding, some species of Ectemnorhinini evolved the ability to feed on “lower” (non-seed bearing) plants, which dominate the polar habitats that now prevail in the region. One unusual weevil species lives only in the marine littoral zone and is currently undergoing further speciation. Yet other species retained the more common weevil habit of feeding on flowering plants (angiosperms). Unexpectedly, Ectemnorhinini weevils diversified in synchrony with many other Antarctic organisms, including penguins, and certain mollusks and marine fishes. This suggests that diversification driven by climate-cooling may be a general biodiversity paradigm underlying much of the region’s present biodiversity and should be sought broadly as an explanation for the unexpected diversity of some groups of Antarctic organisms.

McKenna and Shin helped reconstruct the weevil family tree and timing and patterns of weevil diversification using large-scale DNA data, while Adams contributed his expertise in data analysis to resolving the question of where Ectemnorhini originated from. The University of Memphis team worked closely with colleagues worldwide, including Dr. Steven Chown at Monash University (Australia), a specialist on Ectemnorhinini weevils and the Antarctic, and former president of the Scientific Committee on Antarctic Research, and Dr. Helena Baird, the paper’s lead author — a postdoc in the Chown lab — along with several other colleagues based in Australia or France.

According to McKenna “This work involved the most comprehensive analyses of DNA data to uncover the geographic and evolutionary origins of a group of Antarctic insects and is notable for having illuminated the remarkable antiquity of Antarctic weevil biodiversity, its geographic origins, and its apparent resilience to climate cooling over millennia.” The research reported in their paper “Fifty million years of beetle evolution along the Antarctic Polar Front” was funded in-part by the Swiss Polar Institute and Ferring Pharmaceuticals through the Antarctic Circumnavigation Expedition, by École Polytechnique Fédérale de Lausanne, France, and by the U.S. National Science Foundation.

For more information on this published work and research, contact McKenna at dmckenna@memphis.edu 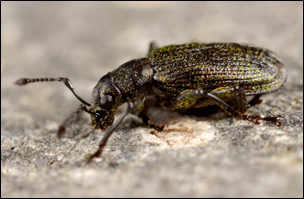 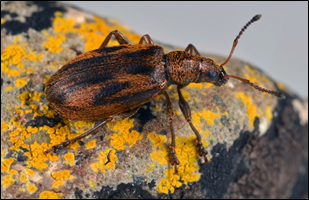