UofM Honors Students to Present Research at Posters at the Capitol

On February 15, 2023, undergraduate students from the nine Tennessee state universities will present their research posters to legislators and guests at the Tennessee State Capitol in Nashville. The students selected for this prestigious event represent the best of undergraduate research in STEM disciplines at their own institutions. 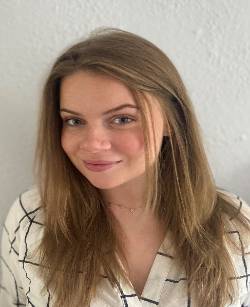 Abstract: How a student utilizes a study method, comprehends a subject, and prioritizes learning can all be used to differentiate how students engage in metacognition. Metacognition is the process of thinking about one’s own thinking and understanding. When a student is aware of their own understanding, they can make improvements to study plans, and make adequate changes to learning methods. At our university, there are five core biology courses required for the biology major; students in each course participated in surveys and interviews during the course, answering questions related to the principles of metacognition. Responses from individual students were classified into four metacognitive levels: Not Engaging, Struggling, Emerging, and Developing. We examined trends in responses within each level to identify defining characteristics. We found that there are three overarching concepts that vary between all four levels: 1) the ability to identify poor study habits and capability to make changes, 2) the emphasis placed on grading and how it affected study effort, and 3) the focus on comprehension rather than rote memorization. In this presentation, we will discuss the four levels of engagement, the trends we found among students in each level, and the overarching trends of metacognitive dimension presence. 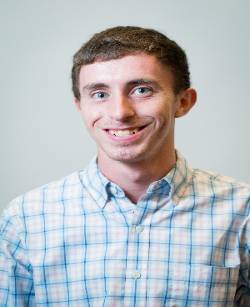 Abstract: Electrospun chitosan membranes (ESCM) have seen success for guided bone regeneration applications. Chitosan is a biodegradable, naturally occurring polysaccharide derived from crustacean exoskeleton that has many pro-healing properties applicable to other tissue. This biomaterial can also be mixed with other polymers, like elastin, to improve mechanical properties and bioactivity, increasing its healing capabilities. Specifically, the elastin-polysaccharide nanofiber structure may serve as a template in skin tissue engineering applications. However, when untreated, the chitosan-elastin membrane’s nanofiber structure is lost in aqueous environments leading to poor cytocompatibility. This has led researchers to develop post treatments to retain fibrous morphology including amine group neutralization, hydrophobic treatments, and crosslinking. This study explores the usage of glutaraldehyde as a crosslinker to prevent the loss of fibrous morphology of chitosan-elastin membranes in aqueous environments. Electrospun samples were treated using glutaraldehyde vapor for 24 hrs. Sample characterization included SEM imaging for fiber diameter and morphology, degree of crosslinking, and cytocompatibility with normal human dermal fibroblasts (NHDF) cells. Cytocompatibility was evaluated using a resazurin fluorescence assay. Ongoing work is being done with an animal model to evaluate the in-vivo compatibility, and characterization including mechanical properties and degradation behavior. 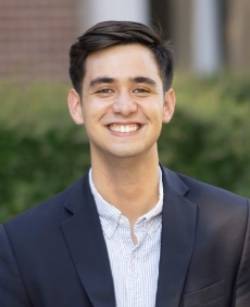 Abstract: Neutrophils are the most prevalent leukocyte in circulation. Neutrophils respond to foreign bodies by the production of reactive oxygen species (ROS) which are a key indicator in the host reaction to an invading pathogen or implanted medical device. Previous findings from this lab have indicated that flavonoids derived from manuka honey: pinobanksin, pinocembrin, and chrysin, possess anti- inflammatory properties. From these conclusions, the production of ROS should be reduced in neutrophils exhibiting pro-inflammatory behavior when the manuka honey derived flavonoids are applied. Human neutrophils were isolated from a peripheral blood sample. Cells were seeded at 100,000 cells/well, and serial concentrations of the flavonoids were added. The cells were stimulated to be pro- inflammatory with 100 nM phorbol 12-myristate 13-acetate (PMA). A positive control group of PMA stimulated cells without Flavonoids and a negative control group of unstimulated cells were also included. Using a standard oxidation assay, the ROS levels were measured at zero, three, and six hours via spectrophotometry. Based on experiments using neutrophil-like cell model an overall reduction of ROS levels is expected. This study will reveal the most effective concentration at which the flavonoids have an anti-inflammatory effect that can eventually be integrated into biomaterials for improved biological integration. 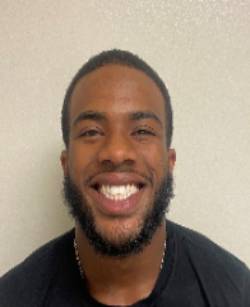 Abstract: The intended device will measure multiple biophysical signals (e.g., multimodal approach) and estimate real-time blood glucose and blood pressure levels non-invasively using artificial intelligence algorithms to evaluate the real-time physiological status. The development of the Smart Multimodal Wearable Device (SMWD) has significant benefits to the US and world populations. A common reason as to why these chronic illnesses are difficult to manage is because of the inability to monitor real-time hemodynamics fluctuations. An example of chronic health condition is Diabetes Mellitus which requires the continuous measure of blood glucose levels. People with diabetes are exposed to high glucose levels, resulting in additional health complications, and increasing their mortality and morbidity rates. Current commercially available devices, known as Continuous Glucose Monitoring (CGM) are still invasive, requiring the patients to insert a needle under their skin to measure the blood glucose through the interstitial fluid. Other disadvantages of such CGM devices are their cost, accessibility, and their sampling rate, providing a measurement each 15 minutes. Several researchers have proposed early technological innovations to a completely noninvasive CGM device. In this work, we propose to predict the blood glucose and pressure levels based on 8 physiological measurements provided by a multiplexed wearable device. 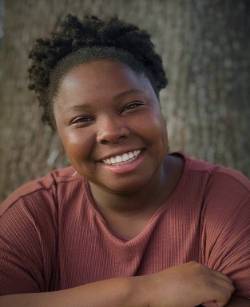 Abstract: Additive manufacturing (AM) is a rising, largely applicable manufacturing procedure. The ability to build complex geometry components is one of the many advantages of AM. Included in these complex geometries are metallic cellular structures. These structures have a variety of applications in fields such as biomedical, automotive, and aerospace engineering. To ensure the full range of applications can be utilized, it is vital to understand the fatigue behaviors of the porous structures. Fatigue is the result of cyclic loading and may cause components to fail at much lower stresses than their ultimate or yield strengths. There is a major gap in the information with regards to loadings outside of compression-compression. The purpose of this study is to model and predict the fatigue properties and behavior of Ti-6Al-4V cellular structures, under uniaxial, torsional, and multiaxial loadings. This research is divided into three stages: manufacturing, testing, and modeling. For this project, all components are built using the Laser Powder Bed Fusion AM technique. Analysis of the test results will lead to a single numerical model to predict the fatigue behavior for different porosities under any combination of loading. 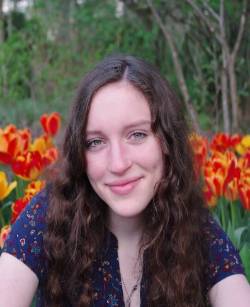 Abstract: Numerical accuracy of large-eddy simulations for cavitating flows decreases near discontinuities such as shock waves generated by vapor-bubble collapse, vapor-liquid phase boundaries, and complexities of solid boundaries. The errors can often be attributed to explicit sub-grid scale models. An alternative methodology, implicit large-eddy simulation, leverages the numerical discretization error of monotone, sharp-interface capturing schemes to mimic the physical dissipation rate. The characteristics of the numerical dissipation rate and implicit sub-grid scale are detailed for a class of Godunov-based schemes for cavitating flows discretized in generalized curvilinear coordinates. Because the variable reconstruction is performed locally, the scheme can capture both discontinuities and low Mach number features. Leading terms of modified equation analysis confirm the dissipation behaviors. A series of cases are undertaken including two-phase shock tube, homogeneous isotropic turbulence, and cavitating flow over a cylinder, which employs a sharp-interface immersed boundary method for compressible flow. The turbulence spectra, statistics and void fraction profiles all show good agreement with direct numerical simulation. 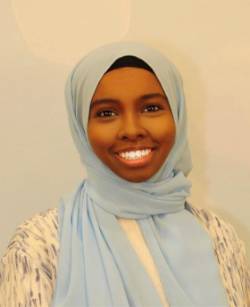 Abstract: Cellular responses to loaded electrospun membranes may promote healing in wound applications such as burns by reducing pain, preventing infection, and modifying inflammatory responses. LPS is a bacterial polysaccharide that activates macrophage cell line RAW264.7, driving them into inflammatory phenotypes present in wounded tissue. In previous studies, RAW264.7 cells showed increased IL-10 production after 72 hours in all groups that had high concentrations of C2DA, with minimal production at 24 hours. The RAW264.7 cells also showed increases in TNF-alpha after 72 hours in simultaneous delivery groups delivering low to medium concentrations of the therapeutic molecules. Previous work also revealed that combinations of LA and C2DA reduce planktonic and biofilm growth for some bacterial strains.​​ In this study, RAW264.7 cells were used to observe expression of inflammatory cytokines and cell response to decanoic anhydride (DA) treated chitosan membranes loaded with bupivacaine (anesthetic) and 2-heptycyclopropane-1-carboxylic acid (2CP, an antibiofilm molecule), both with and without stimulation with lipopolysaccharide (LPS). ​