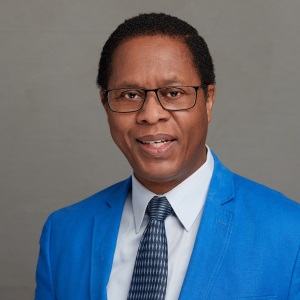 [2] BA - Vanderbilt University Triple major in history, philosophy, and political science. The political science department at Vanderbilt was number one in state and local politics and he studied under the professors who were the national leader in state and county consolidation and who were among the principal architects of Nashville's Metro Government. Senior Class VP, Integrated fraternity system, and help establish the first black fraternity on campus, and Dorm President. Varsity Rifle Team. Varsity Drill Team. Worked with various campus newspapers and magazines.

[4] JD - Washington University - He set a new law school academic record when he became the 1st person to complete all course work in 2 years. The law school was the number one school and his major professor was the nation's leading scholar in urban, local, and state legal and political systems.

[2] Over a five year period, the professor was cited locally, nationally, and internationally almost 1100 times by leading news services in the U.S. , England, Spain, and Canada for his analysis of contemporary legal, social, and political issues. He was cited by every major news source including the New York Times [2 interviews], BBC, Wall Street Journal, Nightline, Washington Post [2 interviews], NPR [2interviews], LA Times, El Periodico, NBC, FOX, CNN, ABC, CBS, CNBC, The Toronto Star, and many major metropolitan news papers. During one two year period he was number 4 in bringing national and international attention to the University. The number of news citations trailed only the Egyptian Mummy, Football Coach at the time Tommy West, and Basketball Coach at the time Calipari

[3] He won an Academy Award in Research for The Best Paper of the Year, 1992 [Southeastern Academy of Legal Studies in Business]

[4] He won the Fogelman College Award in Research for The Best Theoretical Paper of the Year, 2002.

[5] For a period of time, he was recognized as the nation's leading expert in the field of international airline accidents, surpassing the Harvard Law professor that created the field.

[6] He was recognized as a leading expert in the area of publicity rights, and was the subject of an exclusive radio interview on publicty rights by the NBC radio network. He was described by the UCLA Entertainment Law Review as one of the top three experts of all time in this field

[11] Harvard University History Department identified the professor as a national leader in politics and ethnic issues in 2007.

[12] The Smithsonian Institution interviewed the professor as a historical figure in 2008.

[13] The professor was interviewed for the soon to open Smithsonian African American Historical Museum as a historical black figure 2008.

[15] He was the subject of feature articles in "Black Enterprise", "The Independent Film Quarterly", "The Commercial Appeal", and "The Memphis Business Journal" .

[1] Memphis Public Library, He was one of first two blacks to work at the Memphis Main Branch Library.

[3] Shelby County Government Budget Analyst, Was one of the first blacks hired in upper government management.

[5] Shelby County Zoning and Sign Department, Was one of the first blacks to manage a major department

[6] University of Memphis, Associate Professor of Business Law, He was one of the first two blacks hired as a tenured professor in the Fogelman College of Business

[1] Shelby County Public Defender's office, He was one of first two blacks hired as a full-time assistant public defender. Was on the Capital Defense team and represent first death cases after the Death Sentence was reinstated in Tennessee

[2] Memphis City Attorney's office, He was one of first two blacks hired as a full-time assistant city attorney

[5] Partner in the firm of Byrd, Cobb, Norwood, Lait, Dix and Baboaglu - A Labor and Civil Rights Law Firm. He was one of the first blacks to be a partner in major law firm

[1] Sued the U.S. Government over contract language of it's insurance contracts. Lead to clearer language as to duplicate documents

[2] Sued the City of Memphis for discrimination with regards to Black Police Officers serving housing projects. Lead directly to the creation of the PST program, and equal access to all applicants for police department jobs

[4] Sued a major restaurant establishment for discriminatory seating of blacks. This lead to the elimination of dual reservation list

[5] Sued major tire chain over discriminatory promotion practices for blacks which allowed lower performing whites to be promoted and given raises over higher producing blacks. This lead to new promotion standards based on merit and not race

[7] He represented the defendant in the largest bank robbery in Memphis at the time. The defendant was the manager of the bank and the result of this nationally covered case was new bank policies allowing banks to fire employees using cocaine or other illegal drugs.

[8] He represented the defendant in the largest jewel heist in Memphis at the time.

[2] Sunday NIght on WLOK & station Political Analyst [WLOK 2 yrs] Was among the first of the new era or radio talk show host in the nation.

[4] Ask the Lawyer & station Political Analyst [WDIA 10 yrs] One of the 1st modern call in radio information shows in the nation.

In a 1969 discussion at the Vanderbilt Afro House I was trying to make a point. I wanted to use an example which I had learned in Middle Eastern History Class from the professor Dr. Drew about the camel getting his nose in the tent, but I decided to modify and update it, so I talked about ignoring an elephant that got into your living room. It soon became popular on campus and thirty years later it started popping up in debates all over the country.

I am most proud of the fact that God blessed me to be able to help tend to both of my elderly parents during the final years of their lives; that I was able to help my wife at the time through her last years of college and graduate school; that I was able to attend every athletic contest, recital and program of my two sons, my nephew [3rd son], and my niece, as well as the fact that I was able do something every week with these children while they were growing up; that I was always there for my true friends; that every semester I am able to use my education, training, and experience to guide a few students past the facades of life to see how law, business, society, and politics truly operate in the world; that I have created a small body of scholarly and artistic work that might have some long term merit; and finally that I was able to contribute in a small way toward the peaceful integration of the south.

1. Academy Award in Research for The Best Paper of the Year
Air Disasters: Cause of Actions In International Aviation Under the Warsaw Convention: Burying the Ghost of Komlos.

2. Fogelman College Award in Research for The Best Theoretical Paper of the Year
[Published in the Number one aviation law review in the U.S.]
The World Trade Center, Terrorist Airline Destruction: Will This be the First Test of the War Between the Montreal Liability Convention's Article 21:2[a] and 21:2[b]? - 68 SMU Journal of Air and Commerce 699 (2002). "A" Journal

3. [Published in the Number one international aviation law journal in the world]
Taking the Fall and other Mishaps: An American Perspective on Airport Injuries Under International Legal Agreements. 26 Ann of Air Law and Space Technology 187 (1999). [An international publication by McGill University of Canada]

5. Domicile and the Death of the Warsaw Treaty: The Revenge of Komlos; 19 Wisconsin International Law Journal 1 (2001).

14. Property Rights in Privacy and Publicity in the State of Tennessee, National Proceedings of The Academy of Legal Studies in Business, 1996.

16. The Constitution and the Law of Domestic Relations; Is There a 9th and 10th Amendment. 15 Select Papers of American Business Law Association Regional Proceedings 22 (1988).

23. The Lockerbie Air Disaster: The Warsaw Convention Merry-Go-Round. Annual Meeting of the Academy of Legal Studies in Business, August, 1995.

24. Property Rights in Privacy and Publicity in the State of Tennessee, Annual Meeting of the Academy of Legal Studies in Business, August, 1996.

25. Taking the Fall and Other Mishaps; Airport Injury Under the Warsaw Convention, Annual Meeting of the American Academy of Legal Studies in Business, August 1998.

26. Domicile in the New International Aviation Business World in Tort Litigation, Annual Meeting of the American Academy of Legal Studies in Business, August 1999.

28. The Return of the Ugly American in International Transactions... National Academy of Legal Studies in Business; Albuquerque, NM, Aug 2001.

31. The Constitution and the Law of Domestic Relations: Is There a 9th and 10h Amendment? Annual Meeting of the Southeastern Regional Business Law Association, October 1988.

34. Air Disasters: The Financial Effects on the International Aviation Industry; Does This Justify The Warsaw Convention?" Annual Meeting of the Southeastern Regional Business Law Association, October 1994.

35. Personal Property Rights In the State of Tennessee: The Right of Privacy and the Right of Publicity. Annual Meeting of the Southeastern Regional Business Law Association, October 1995.

36. Willful Misconduct & the Article 20 (1) Defense of the Warsaw Convention. Presented to the North Atlantic Academy of Legal Studies in Business, 1996 Annual Meeting.

38. The U.S. Constitution: What's Really There, Annual Meeting of the Southeastern Academy of Legal Studies in Business, October 1997.

39. Willful Misconduct & The Article 20(1) Defense Under The Warsaw Convention; The Lockerbie Air Disaster Returns , The Western Academy of Legal Studies in Business, April 2000.

40. The Warsaw Agreement and the IATA Intercarrier Agreement, an End to the Article 20[1] Defense; SE Academy of Legal Studies in Business, Oct 2000.

3. Copyright (c) 2004 Southern Methodist University School of Law Journal of Air Law and Commerce, Winter, 2004, 69 J. Air L. & Com. 65, 16407 words, ARTICLE: THE WARSAW CONVENTION LIABILITY SCHEME: WHAT IT COVERS, ATTEMPTS TO WAIVE IT AND WHY THE WAIVERS SHOULD NOT BE ENFORCED UNTIL THE AIRLINES ARE FINANCIALLY STABLE, Jeffery C. Long*

1. Academy Award in Research for The Best Paper of the YearAir Disasters: Cause of Actions In International Aviation Under the Warsaw Convention: Burying the Ghost of Komlos. 2 Southeastern Journal of Legal Studies 57 (Sp. 1993).

2. Published in the Number One International Law Journal in the World
Taking the Fall and Other Mishaps: An American Perspective on Airport Injuries Under International Legal Agreements. 26 McGill's Ann of Air Law and Space Technology 187 (1999)

Dr. Moore teaches Business Law and the Legal, Social, and Political Environment of Business as well as a course in Business Law. He has also taught Real Estate law and International Business Law.

He teaches large courses yet continues to use the Socratic method, and to give essay exams. He has taught over 7,500 students and graded over 75,000 pages of essay exams. He gets to know his students and believes that all research and scholarly production is for the benefit of the student. His evaluations tend to be above the average.

1. The Law of Business; as Influenced by its Legal, Social, Political, and Technological Environment; Horizon Textbook Publishers - 2008 by Larry Moore, et al.

3. Business Law and the Legal Environment Vol 1 & 2, Second 2014 Edition Moore and Morgan.
He has developed this text over the last ten years and has used it exclusively in his Legal Environment course during those years.
Service

Dr. Moore's major area of contribution to local, national, and international service has been in the area of outreach. This includes informing, explaining and educated the general public on the intricate relationship between law, politics, business, technology and government and how this impacts individuals and institutions.

1. Local and National Service
His interviews and analysis have been featured in almost 1000 interviews in new sources around the world and include multiple interviews with NPR, BBC, New York Times, El Periodico, and the Washington Post. This also includes CBS, ABC, NBC, FOX, CNN, Toronto Times, LA Times and most major newspapers in most major daily newspapers, and almost 200 local tv and newspaper interviews.