"Seals, Sherds, and Figurines: Reconstructing Settlement in the Ancient Egyptian Province of Bat." 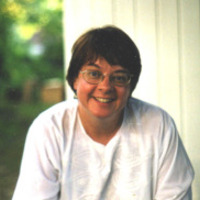 Dr. Jane Hill is Professor of Anthropology and Co-curator of the Museum of Anthropology at Rowan University in New Jersey. Her areas of interest include the development of culture in Predynastic and Early Dynastic Egypt, the origins of state level society, the development of writing systems, the integration of environmental systems and religious beliefs, landscape archaeology, Egyptian kingship, long distance trade, and ethnic communities in the ancient world, as well as the curation, display and interpretation of cultural artifacts in a museum setting.

This event is a free public lecture held on the evening of Thursday, September 28, 2017. 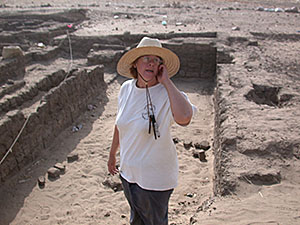 Dr. Hill will present on the results of her archaeological work at the Pre-Dynastic cemetery site of el-Amra, in the Upper Egyptian precinct known in antiquity as Bat. Her research has revealed late Pre-Dynastic settlement and production areas in the low desert, near the main cemetery. Analysis of surface finds in these areas suggests that the settlement was a focal point for both interregional trade and cultic activity. Combined analysis of satellite imagery, magnetometry survey, and GIS data brings the functions of different areas of the settlement into focus and offers us the opportunity to reconstruct a late Pre-Dynastic cultic center.

In 2001, Dr. Hill received her M.A. in Art History here at the University of Memphis. Her Master's thesis is titled Cylinder Seal Glyptic in Predynastic Egypt and Neighboring Regions.

Pay parking is available in the adjacent Zach Curlin Garage on Innovation Drive for $3/hr.