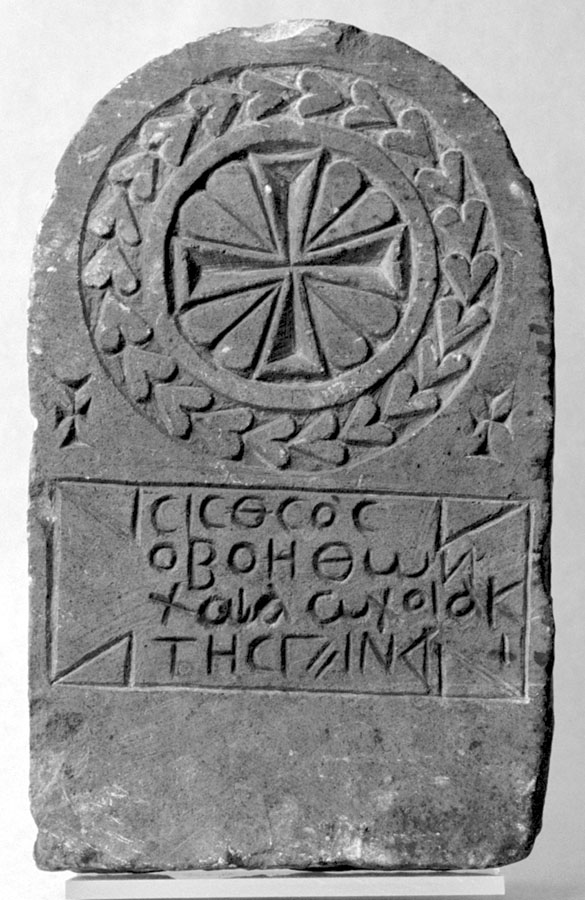 In the Coptic Period, funerary stelae were placed in tombs, on the walls and floors of churches, monastic dining halls, water towers, and along walkways. Stelae could be engraved with wreathed crosses and inscriptions to commemorate the person that is named. These stelae often included one or more of the following ingredients: an invocation, the name and occupation of the deceased, the date of death (day, month, and year), and the name and occupation of the donor.

The commemorative stela of Cholo contains an abbreviated prayer in Greek that says:

"There is one God the helper; Cholo [died on] 10 Choiak of the 3rd indiction."

Despite its brevity, passersby would have recited the words etched on the stone, thereby bridging the gap between the living and the dead to bring about Cholo's remembrance.

Check out Dr. Joshua Roberson's 3D images of the stela on SketchFab!

Memorial stela of Cholo by IEAA on Sketchfab