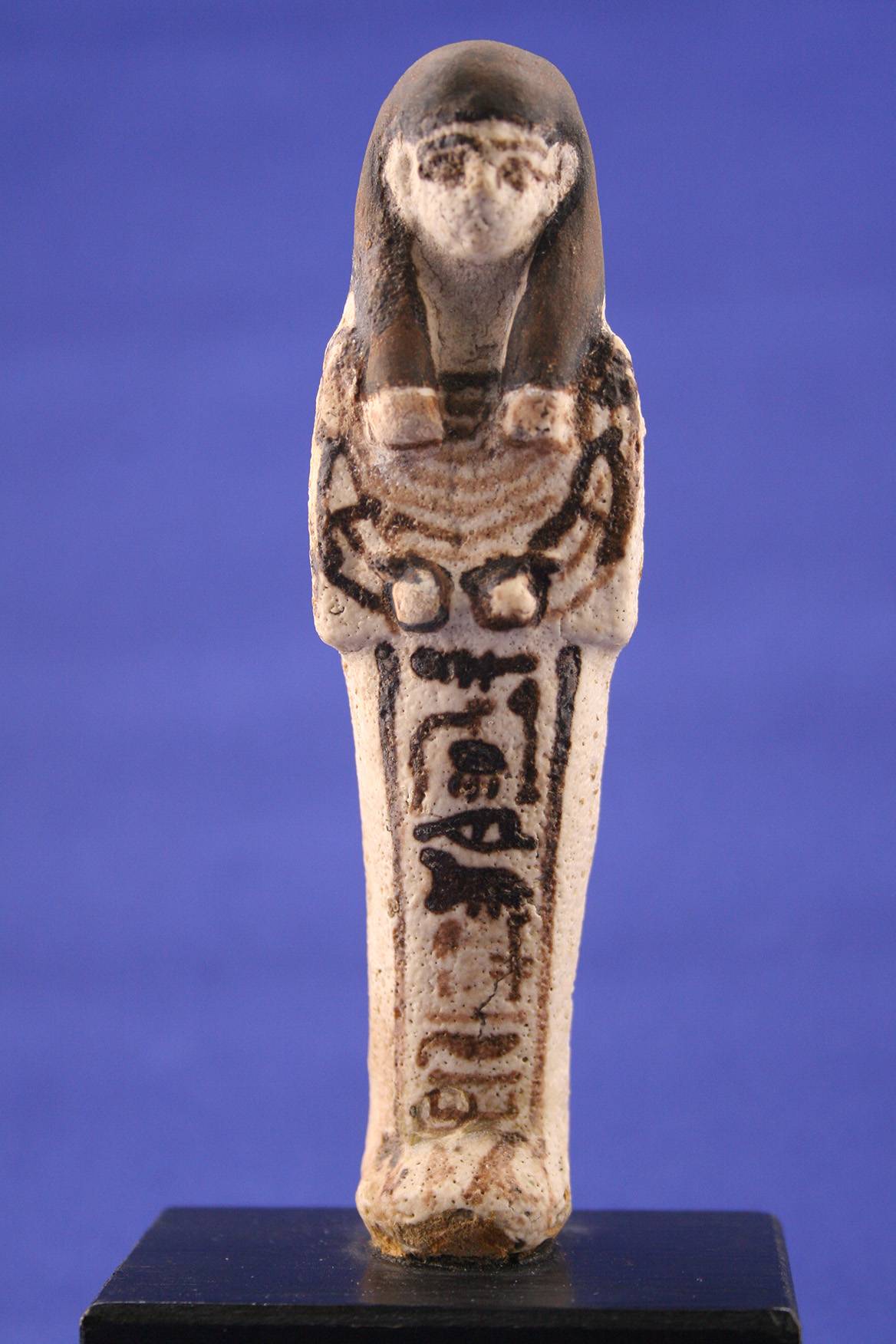 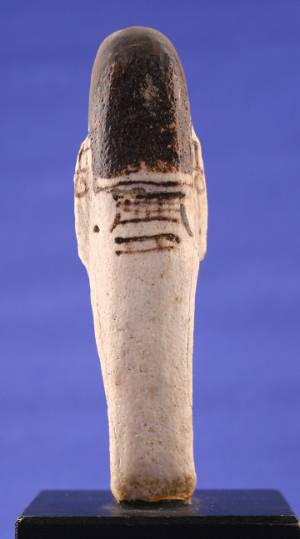 Shabti of Hori, Viceroy of Kush

A common funerary item found in the tombs of Ancient Egypt are the anthropoid figurines known as shabtis, the servants of the underworld. The shabti figures belong to a magical genre of funerary items, following the Egyptian belief that representations of the deceased would come to life. The figures came to life with the shabti spell, which was spoken over the shabtis before they were placed in the tomb. The shabti spell is both a magical ritual and a legal document, meant to free the tomb-owner from obligatory work in the afterlife. According to the spell, the shabtis are required to cultivate the fields, move blocks, carry sand between the east and west banks, and complete any other task to be included in the organized society of Osiris.

The appearance of the shabti figures shows the deceased as he was in life, as the mummy of the deceased, and as a servant. The earliest shabtis may have represented the living servants of the deceased, and their number within the tomb would have coincided with the actual number of servants the tomb-owner had in life. In the New Kingdom, rather than stand-ins for living servants, the shabtis became a collective force of servitude which the tomb-owner could buy in bulk. The function of the shabtis as servants was further emphasized with the addition of agricultural tools, such as hoes and baskets, to express their preparedness to work. The number of shabtis placed in the tomb became a status marker, reflecting the wealth and economic status of the tomb-owner.

This shabti represented and belonged to Hori I, who was a Viceroy of Kush in the Nineteenth Dynasty. The Viceroy was responsible for public works in Nubia, the land directly south of Egypt. Hori I was born in Bubastis and buried in his tomb at Tell el-Basta, which was found in 1944. This shabti was presumably discovered within this tomb.

Check out Rachel Wilson's video about this shabti on Youtube!