Associate Professor of Philosophy and Chair 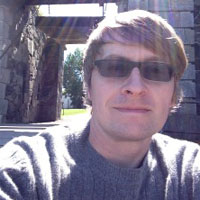 After earning a B.A. at Boston University, Prof. Debes completed his PhD in Philosophy at the University of Michigan, where he won awards for both his teaching and his dissertation work, including a Charlotte Newcombe Fellowship in 2005-06. He joined the faculty at Memphis in 2006. He served as Director of Undergraduate Studies from 2008-2011, receiving the Dean's Award for Excellence in Advising in 2011. He held this position again from 2013-2016. In the summer of 2017, Prof. Debes took over as Editor of The Southern Journal of Philosophy. In the fall of 2020, Prof. Debes became Chair of Philosophy.

His published research is in the areas of Moral Theory and the History of Ethics, with an emphasis on Human Dignity, Respect, Metaethical Sentimentalism, Moral Psychology (especially Empathy and Emotion), and Enlightenment Ethics (esp. David Hume and Adam Smith). His work was featured on the Blog of the American Philosophical Association, which you can read here. He has also written the few public essays: "Dignity is Delicate" for Aeon; and "Facing up to Oppression: Adam Smith and the Question of Reparations" for Adam Smith Works. You can find most of his work on his Academia webpage here.

Prof. Debes has taught Introduction to Philosophy, Ethical Theory, Contemporary Moral Problems, the Philosophy of Law, and graduate seminars on Respect, Human Dignity, Agency and Emotions, Empathy, and Scottish Sentimentalism. In 2009 he was named an Alumni Distinguished Teacher, one of four faculty members university-wide to receive this recognition. He was recognized with this award again in 2019. He was also recognized in 2010 with a College of Arts and Sciences Excellence in Teaching Award.

Prof. Debes served as Secretary and Treasurer to the International Adam Smith Society for over 6 years. He currently sits on the Editorial Board for the Journal of Scottish Philosophy. In 2014 he was the recipient of a 72K grant from the Templeton Foundation for his project, "Understanding as a Form of Respect." In 2015 he was invited to join the President's Research Vision Committee, and later, for 2019-2020, to serve on the university's Research Council. Between 2016-2019 he served on the executive committee for the Provost's Critical Conversations program; and currently is a Committee Co-Lead in the presidential initiative, "Eradicating Racism and Promoting Social Justice." In 2019-20 he served as the Co-Chair (together with Kate Schaffzin, Dean of Law) of a Presidential Steering Committee to create a new, immersive project-based learning middle school at the University of Memphis. University Middle opened its doors to its inaugural class of sixth graders in the Fall of 2019. In 2019 Prof. Debes was on teaching leave as a Freeburg Fellow at the Marcus Orr Center for the Humanities.

Prof. Debes is presently working on a new book manuscript, tentatively titled, The Possibility of Respect.  The book explores the ideas of understanding, empathy, respect, and human dignity, and the connections between these subjects and questions of social difference, oppression, power, and justice.

"Hume on Personal Merit: Virtue, Talent, and the Import of Appendix 4." In Reading Hume on the Principles of Morals. Ed. by Jacqueline Taylor. (Oxford University Press, 2020).

"Understanding Persons and the Problem of Power." In Making Sense of the World: New Essays in the Philosophy of Understanding, Ed. Stephen Grimm (New York: Oxford University Press, forthcoming, October 2017).