Skip to main content
X
What we do and where we started:
Take Action
Visit CERI on Facebook and YouTube
FacebookYoutube
Home CERI About CERI Inception: The First Decade, 1984 - 1994 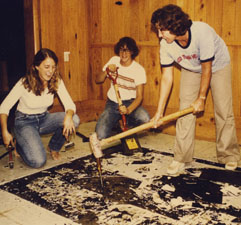 By 1984, TEIC was performing these functions with a staff of two geophysics faculty members, eight technical and admin employees, and four graduate students, occupying a residence building on Central Avenue, across from the main campus of Memphis State University.  Seismograph stations were then operated at 26 sites with support from the Nuclear Regulatory Commission (NRC). 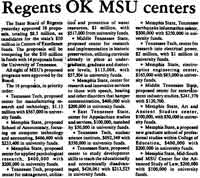 The 1984 Center of Excellence (COE) mandate for expansion was to build the earthquake research program to a level of international scope and reputation, to establish an earthquake engineering capability, to establish a regional earthquake hazard and mitigation resource center, and to establish a geophysics Ph.D. program in MSU's Department of Geological Sciences. State and Local news releases during the time the Center was being established are shown here on this page.

To accomplish the COE goals, nine new  faculty  members were recruited, seven in geophysics and two in civil engineering, the permanent non-faculty staff was increased to 14, the original building was expanded, two more existing residences were occupied and a new 10,000 sq. ft. prefabricated building was built. A partnership established in 1991 with the U.S. Geological Survey (USGS) provided CERI with additional resources, including two adjunct faculty members who worked at CERI as full-time participants in the geophysics program.