A team of four Computer Science students recently won second place in the prestigious CANSec Cyber Defense Competition, held in Little Rock on Oct. 24.  The competition is held annually as a part of the CANSec workshop (formerly KanSec), which has brought together researchers and practitioners in networking and security related fields since Spring 2012. 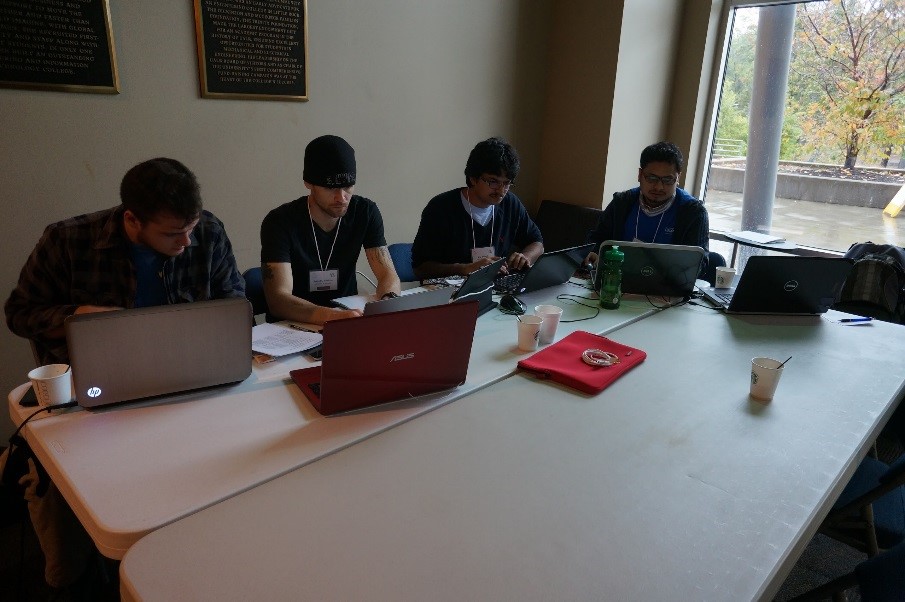 The students competed against Cyber Security teams from several other universities across the U.S. before winning second place in the day-long competition.  The goal of the competition was to provide students with a platform to apply theoretical knowledge into practice, and to obtain hands-on cyber security experience.  During the competition, the teams were asked to oversee a small corporate network, to manage all critical services, and to defend against external attacks.

The U of M winning team included two graduate students (Kul Subedi, Sujit Shrestha) and two undergraduates (Robert Edstrom, Nick Gordon), all of whom are involved with the Center for Information Assurance.  "It was a valuable experience, and one I'm very glad to have been a part of," said Robert Edstrom.  "I think we all learned a great deal from working as a team."

The team also participated and performed well in the CyberSEED national cyber security competition, held at UConn on Oct. 29-30. 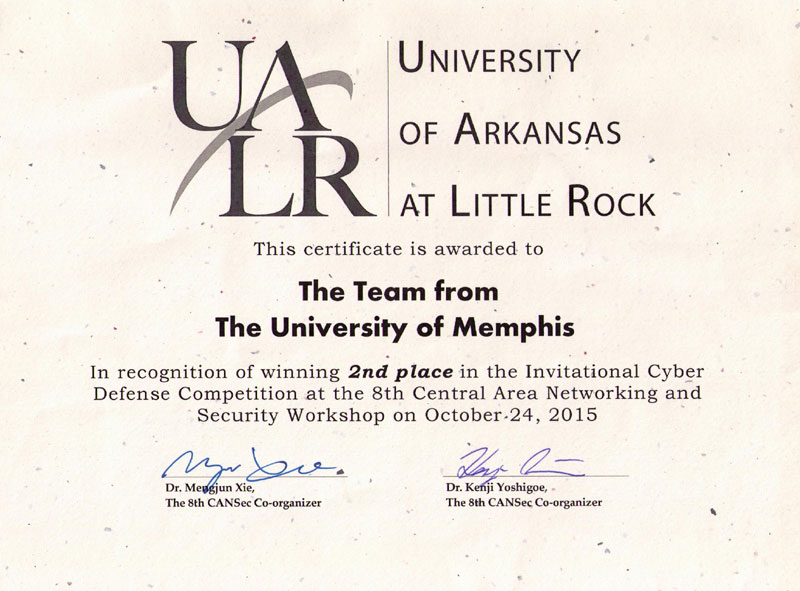