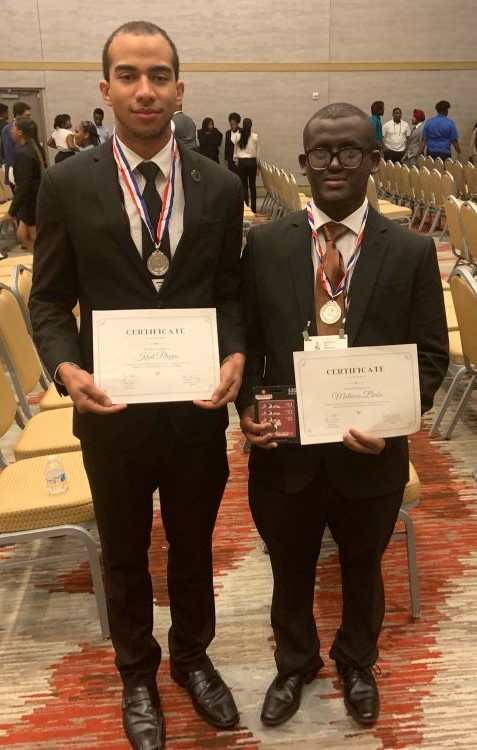 The topic was to use to use engineering concepts/principles to serve justice to millions of minority individuals who have not been given the right to vote fairly.  Matiwos' entry was an application that aims to increase the number of voters being registered and maintains the volume of voters each election cycle.  The application was initially developed using Ruby on Rails and eventually shifted to C.

Matiwos (at right in the photo) worked with teammate Kent Phipps from the University of Florida.