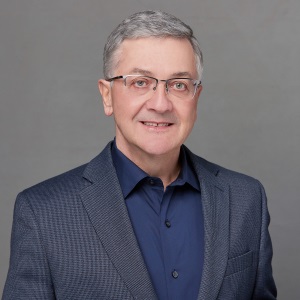 David M. Kemme currently holds the William N. Morris Chair of Excellence in International Economics at the University of Memphis. He currently serves as a Trustee of the University of Memphis. He has served as Director of the International MBA program (1994-1997) and Chair of the Economics Department (1997). Prior to joining the University of Memphis he was a W. Frank Barton Faculty Fellow at Wichita State University (1991-1994) and Pew Charitable Trusts Scholar-in-Residence at the Institute for East-West Studies, New York (1989-1991) where he directed the Economics and Security Program. In 1991 he was also a Distinguished Fellow at the Mitsui Research Institute in Tokyo. Most recently he was a visiting scholar at the St. Louis Federal Reserve Bank. He earned a BA in mathematics from Miami University (Oxford, OH) and MA and Ph.D. in economics from The Ohio State University. He was a Fulbright Lecturer at the Main School of Planning and Statistics in Warsaw (1981-1982).

He has researched and published more than sixty articles on the economics of transition in the former Soviet Union and Eastern Europe, productivity and efficiency in Eastern Europe and the Soviet Union, exchange rate misalignment, disequilibrium macroeconomics, and the chronic shortage model of centrally planned economics. He is author of Economic Transition in Eastern Europe and the Soviet Union: Issues and Strategies and has edited or co-edited four other books. Dr. Kemme served as Associate Editor of the scholarly journal Economic Change and Restructuring, and Co-editor of Comparative Economic Studies. He is a member of the Editorial Board of the Atlantic Economic Journal and the European Journal of Comparative Economics. He is a member of the Board of Consultants of Economic Systems and a member of the Executive Committee of the European Association of Comparative Economics. His work has been translated and published in Russian, Japanese, Ukrainian, Polish and Armenian.

He has served as a consultant to numerous organizations and corporations including BearingPoint, Shell Oil, FedEx, the Rand Corporation, the International Bank for Reconstruction and Development (World Bank), the Asian Development Bank, the Joint Economic Committee of the US Congress, the European Union, the United Nations Food and Agriculture Organization, the United Nations Development Program, the US Agency for International Development, and the Academy for Educational Development, among others. Most recent consulting activities include econometric modeling for The Central Bank and the Ministry of Finance of Armenia and inflation forecast targeting models and small structural macro-econometric models for the National Bank of the Republic of Kazakhstan. He has made numerous appearances in both local and national news media including CNN, FNN and CNBC programs and is regularly quoted in leading national newspapers such as the New York Times, the New York Post, the Washington Post and the Wall Street Journal.

“Market Fairness and efficiency:  Evidence from the Tokyo stock exchange,” Journal of Banking and Finance,” Vol. 134. (2022). With Thomas McInish and Jiang Zhang.

“The Effects of the Eurasian Economic Union on Regional Foreign Direct Investment and Implications for Growth.” Journal of International Trade and Economic Development, (2021).With Yerkezhan Akhmetzaki and Bulat Mukhamediyev.

"Exchange/Rate Regimes and Welfare Losses from Foreign Crises: The Impact of the US Financial Crisis on Mexico," Review of International Economics,  25,1: 132-147 (2017), With Kayhan Koleyni.

"Causes of Banking Crises: Deregulation, credit booms, and asset bubbles, then and now," International Review of Economics and Finance, 24: 270-294. (2012) With Saktinil Roy.

"From Peg to Float: Exchange Market Pressure and Monetary Policy in the Czech Republic," Review of International Economics, 19(1), 93-108. (2011) With Gennady Lyakir.

"Risk, Regulation and Competition in Banking and Finance in Transition Economies," Comparative Economic Studies, 50,2: 210-216 (2008). With Koen Schoors and Rudi Vandervennet

"Determinants of the Real Exchange Rate, Misalignment and Implications for Growth in Poland," Economic Systems, 24,2:171-205. (2000) With Wenyuan Teng.

"Access to Bank Loans in a Transition Economy: The Case of Hungary," Journal of Comparative Economics, 24,1:79-89. (1997) With Philip Hersch and Jeffry Netter.

"The Relative Economic Efficiency of Private versus Public Waterworks in the 1890's." Business and Economic History, 15: 13-27 (1986). With William Hausman and John Neufeld.

"The Real and Monetary Impact of Exogenous Disturbances Upon Centrally Planned Economies: With an Application to Poland." Carl Beck Papers, 405 (1985).

"Estimation of the Variable Elasticity of Substitution Production Function for Polish Industry and Implications for Growth." Ekonomia 45:75 86 (1985).

"Econometric Models of East European Economies: A Survey of Models of Poland." The Association of Comparative Economic Studies Bulletin, 33, 2:58 69 (1981).

"Russian Financial Transition: The Development of Institutions and Markets for Growth," in Russia's Uncertain Economic Future a Compendium of papers submitted to the Joint Economic Committee, Congress of the United States (Washington, D.C.: U.S. Gove

Reviews and Other Publications