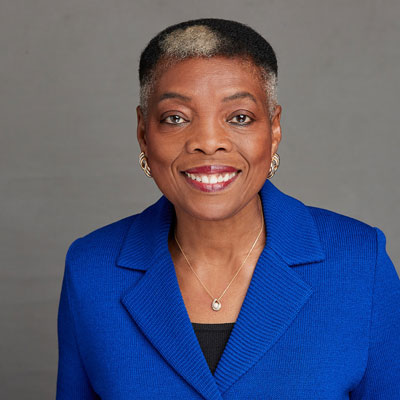 Dr. Rosie Phillips Davis, professor of Counseling Psychology in CEPR, is an inspiring leader in education and the field of counseling psychology. She served as President of the American Psychological Association in 2019 where she focused on addressing the psychological needs of those in deep poverty. She also served for many years as the Vice President for Student Affairs at the UofM. Her commitment to social justice and equity, her kind and humble demeanor and her impactful leadership is praised by her peers and colleagues.

Recently, Dr. Davis received two prestigious awards that reflect her standing in the field of counseling psychology. The 2022 Distinguished Service Award to the Profession from the American Board of Professional Psychology honors her outstanding contributions to psychology throughout her career. She has also received the 2021 Leona Tyler Award, the most prestigious award given by the Society of Counseling Psychology, which recognizes her lifetime of significant and sustained contributions representing unusual breadth and depth to the field of Counseling Psychology. Dr. Davis joins a short list of women and counseling psychologists who have received the ABPP award and is only the fourth woman of color to receive the Leona Tyler Award.

In June 2022, Dr. Davis also received the Raymond D. Fowler Award for Outstanding Contributions to the American Psychological Association (APA). This award shows that Dr. Davis demonstrates a clear dedication to APA's mission and honors her significant and enduring impact on the APA and the field of Counseling Psychology. The award will be presented on August 3rd during the meeting of the APA Council of Representatives at the 2022 APA Convention in Minneapolis. Dr. Davis will also give talks at the Convention in recognition of the Leona Tyler and ABPP Distinguished Contribution Awards.

Dr. Davis herself has initiated changes in the field of psychology, particularly through two of her proudest achievements. The National Multicultural Conference and Summit she co-founded in 1999 (along with two other past winners of the Leona Tyler award) brings together psychologists to discuss cutting-edge multicultural research, education and training to address “the growing mental health needs of historically marginalized groups and disenfranchised individuals” (https://www.multiculturalsummit.org/history). She is proud to have built the conference from the ground up which has led “people in different places to take up the cause” and serve those who have been historically marginalized.

Dr. Davis is also proud of her time as President of APA and her goal of bringing the focus on deep poverty to the forefront. She says, “As I talked about deep poverty, people told me that they rejoined APA because they felt like for the first time APA was talking about things that they could actually feel and see how it would make a difference.” Dr. Davis and her colleagues brought a plan to Congress to address deep poverty that is currently being used to address health equity. She also invited representatives from Women’s Foundation for a Greater Memphis, a local non-profit, to speak at the 2019 APA Conference. This reflected her commitment to “participatory action research where you go into the community and talk to the people and let the people tell you what their needs are and then jointly begin to do work together.”

Dr. Davis’ commitment to serve others and address issues of deep poverty is evident. She states, “The small thing that I am proud is every single time that I gave one of my keynote addresses about poverty, I would have a psychologist pull me to the side and tell me that they had lived in deep poverty, but the shame that goes with it kept them from saying that they were poor. There’s a lot of shame around poverty . . . I think the affirmation and validation of individuals that this is not all right and it’s not your fault is so important. You were born into it, and you did not choose it.” Dr. Davis has taught a class on poverty at the UofM campus which included a practical critique of how poverty is addressed on campus.

As Dr. Davis reflects on her awards and her service to the field of counseling psychology, she says, “So many of these things were firsts for me. I’ve learned that there were so many things I didn’t learn and, because of my background, I just didn’t have exposure to. When I ran for President of Division 17 [of the Society of Counseling Psychology], I didn’t run to win; I ran to let people of color know that they could run. So, when I won, I didn’t tell anyone for a week because I hadn’t really planned to be the President and didn’t know what to do. Then, out of that came the National Multicultural Conference and Summit and I’m just so proud of that. So, I think I was supposed to do that. And then [stepping out of administration], I was able to be the President of APA and focus on deep poverty.”

As. Dr. Davis looks to the future, she says she would like to continue teaching for a while as she figures out when to retire. She has also begun working on a creative nonfiction memoir which will focus on her “three score and ten” years. She laughs and explains that she is currently living through “chapter three” (the “and ten” or 70+ stage) and making decisions that bring her joy based on that stage. She hopes to collaborate with a developmental psychologist and explore the stages in her own life throughout her memoir. She is also continuing to serve others and build bridges, reaching out to those around her with different backgrounds to start dialogues.