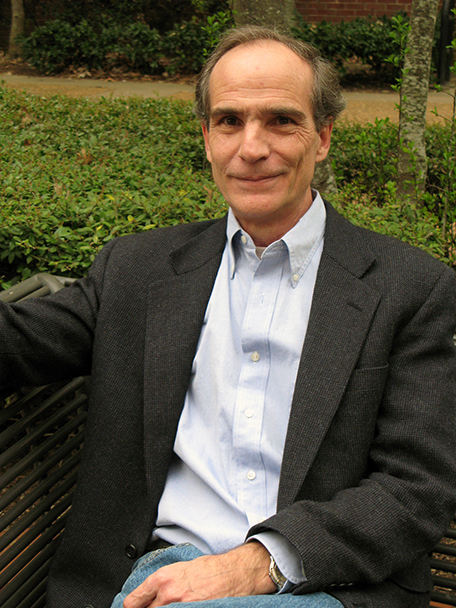 "Palmyra: A History of Destruction and Reformulation"

Dr. Albertson received his B.A. in History and Classical Civilization from the University of California, Irvine, and his M.A. and Ph.D. in Classical and Near Eastern Archaeology from Bryn Mawr College. His scholarly interests focus on the art of the Classical and Early Christian worlds, with an emphasis on Roman sculpture, portraiture, and iconography. His books and articles have appeared in monograph series and journals published in the United States, Europe, and the Middle East, on topics ranging from the iconography of the legendary founding of Rome, to the Colossus of Nero, to the Raising of Lazarus in Early Christian catacomb painting. Albertson served as the Margo Tytus Visiting Scholar in the Department of Classics at the University of Cincinnati and as a Getty Research Scholar. Among his professional honors is the Rome Prize/NEH Post-Doctoral Fellowship in Classical Studies and Archaeology at the American Academy in Rome. 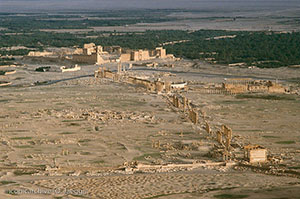 during the occupation by ISIS from May 2015 through March 2016. The Isis-sponsored demolition of the city's well-preserved temples and tombs, the defacing of its funerary sculpture, and the looting of its museum was justified as a religious purification, a shattering of idols and the returning of Islam as it existed at the time of Muhammad. This presentation demonstrates how destruction and reformulation is not new but has been a common theme in the history of Palmyra since antiquity. Four historical periods will be examined: the decades prior to the sack of the city by the Roman emperor Aurelian in 273 C.E.; the rebuilding of the city as a Roman legionary camp under Diocletian between 293 and 305; the 19th century, characterized by the visits of European travelers, antiquarians, scientific expeditions, and antiquities dealers; and lastly, the 1920's and the establishment of an archaeological service by the French. As will be shown, each of these periods is marked by the destruction and pillaging of Palmyra's existing monuments and a systematic reformatting of the city following new priorities. 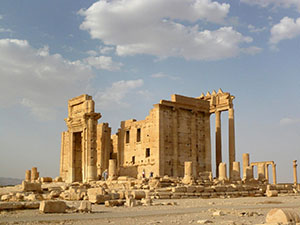 Dr. Fred Albertson is a previous recipient of Thomas W. Briggs Foundation Excellence in Teaching Award, The University of Memphis Distinguished Teaching Award, and the Faculty Advisor Award from the College of Communication and Fine Arts. In 2002, he was honored by the National Association for General and Liberal Studies with their Distinguished Faculty Award, citing his commitment to curriculum development and the General Education program at The University of Memphis.

Dr. Albertson's scholarly interests focus on the art and archaeology of the Classical world, with particular emphasis on Roman sculpture and Early Christian iconography. His books and articles have appeared in journals and monograph series published in the United States and throughout Europe. Among his professional honors include residencies as a Post-Doctoral Fellow in Classical Studies and Archaeology at the American Academy in Rome (1995-1996), as the Margo Tytus Visiting Scholar in the Department of Classics at the University of Cincinnati (2004), and as a Getty Scholar at the Getty Research Institute in Los Angeles (2013).

This free public event will take place on the campus of the University of Memphis.