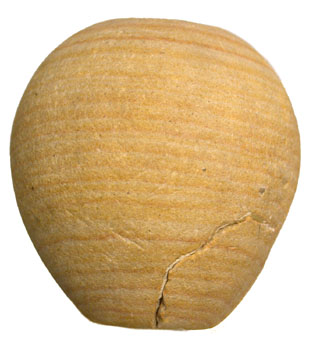 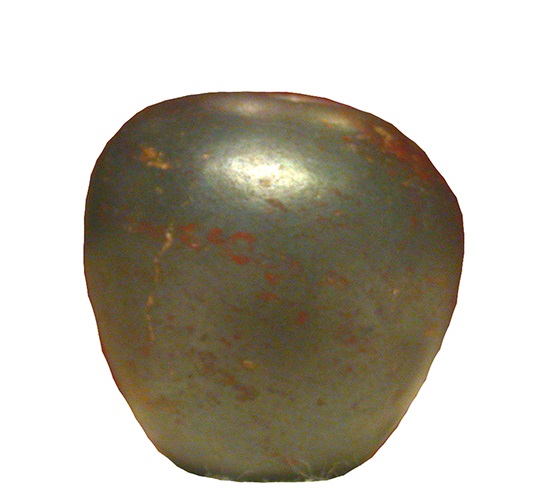 Maces are a club-like weapon with a heavy head on a handle. These weapons are characteristic of the Gerzean or Naqada II culture of the Predynastic Period. The pear-shaped or "piriform" maceheads replaced the earlier disk-shaped maceheads. They were made in a variety of stones, though limestone was the preferred medium in the Late Predynastic. Maceheads were placed on handles usually made of organic material such as wood or ivory and are thus rarely preserved.

The pear-shaped macehead was used both as a weapon and as a ceremonial object. These ceremonial maceheads were often much larger than functional ones and sometimes were decorated with reliefs. Maces were also found in both male and female Predynastic graves. Dynastic scenes show the pharaoh smiting the enemies of Egypt with a mace, long after the actual weapon became obsolete. An early example shows King Narmer on the front of the Narmer Palette using this form of mace.

Check out Dr. Joshua Roberson's 3D images of the limestone macehead on SketchFab!

Pre-Dynastic macehead by IEAA on Sketchfab