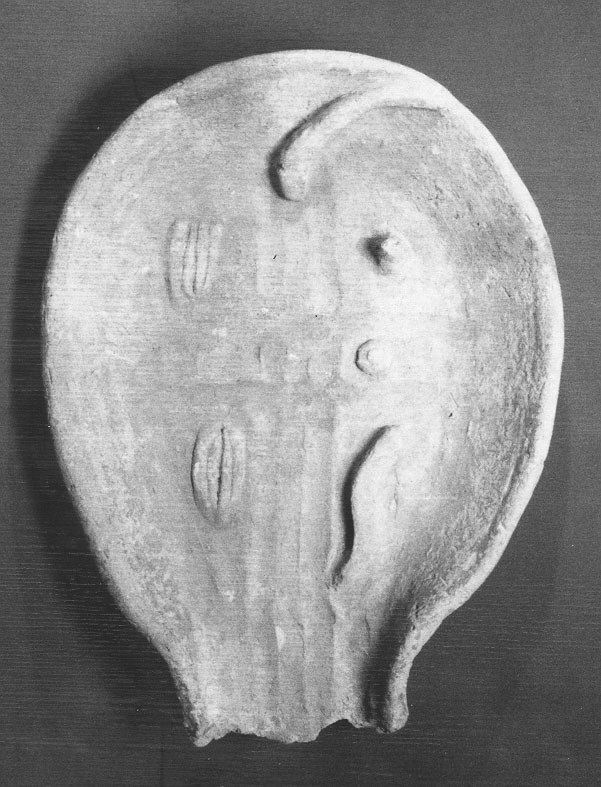 Made of fired Nile silt, this offering tray would have been placed within a small, mudbrick offering chapel or directly on the ground beside the burial of the deceased. The shallow grooves, raised rim, and wide spout indicates that this piece was used for libation rituals. During this ritual, relatives of the deceased would pour water, wine, or oil on this tray to present the offerings carved on it. This tray was probably used by a person who was not able to afford a stone one. A stone offering table or tray was more durable but would also have been a more expensive purchase.

The modeled forms in the basin of the tray are most likely abstracted representations of standard food offerings. Although they are very roughly modeled, some of the food items represented on the tray may be identified. The conical object probably represents a loaf of bread. The S-shaped object may indicate a haunch or leg of beef, and the long, slightly curved item along the edge of the tray may represent a bundle of leeks or green onions. The identities of other items depicted on the tray are more challenging to interpret.

Check out Dr. Joshua Roberson's 3D images of the offering tray on SketchFab!