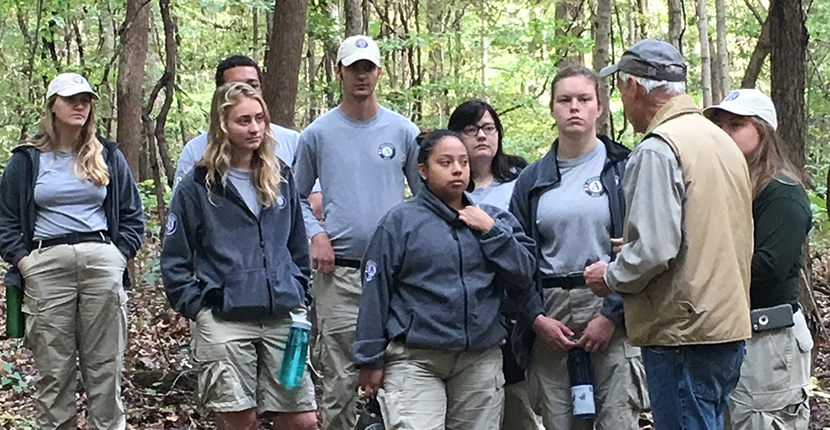 Memphis Edward J. Meeman Biological Station (MBS) home for the past two weeks as they came to the aid of the 623-acre complex of forest and field habitat. MBS is nestled adjacent to Meeman-Shelby State Park in northwest Shelby County and has been the site of teaching, training and research for faculty and students in the Department of Biological Sciences since 1968.

During recent ice storms, MBS suffered loss and damage to many valuable trees. The staff struggled to manage tons of woody debris, often only being able to push it to the forest-field edge to make roads passable. Over time, the forest-field edge habitat deteriorated and was infiltrated by invasive plant species, such as Chinese privet and Autumn olive. With the help of the Delta Five team, nearly 1.0 mile of the vital edge habitat has been restored by removal of downed trees, broken limbs and invasive species. With 1.5 more weeks to go on their deployment, Delta Five is hoping to restore an additional 1.0 mile of forest-field edge to return it to a fully-functional habitat.

In addition to habitat restoration, Delta Five was instrumental in building nearly 350 bird boxes for research on resident and migratory non-game birds (flycatchers, wrens, black-capped chickadees, tufted titmouse and other familiar species). This long-term study will provide insight into the nesting, breeding and rearing-of young habits of these charismatic little birds and may help elucidate behavior adaptations related to a changing climate. 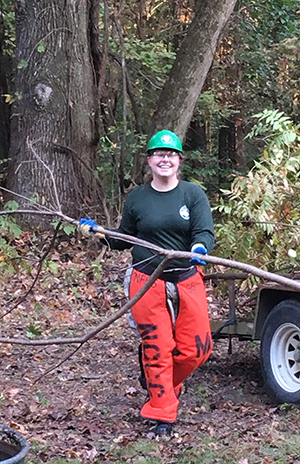 Drawn from the successful models of the Civilian Conservation Corps and the U.S. military, AmeriCorps NCCC is a program for 18- to 24 year-olds built on the belief that civic responsibility is an inherent duty of all citizens. The work of NCCC teams strengthen communities through direct, team-based service in partnership with non-profits, local municipalities, state and federal governments, state and national parks, Indian tribes, and schools.

The University of Memphis went through a peer-reviewed grant program, competing with 61 organizations from 14 other states, to secure the services of an AmeriCorps NCCC team. The many man-hours of labor provided by the hard-working and enthusiastic 19- to 22-year-olds of Delta Five has changed the landscape on the University's signature natural resource asset and will have lasting effects. We cannot thank Team Delta Five enough for their selfless service to our community.