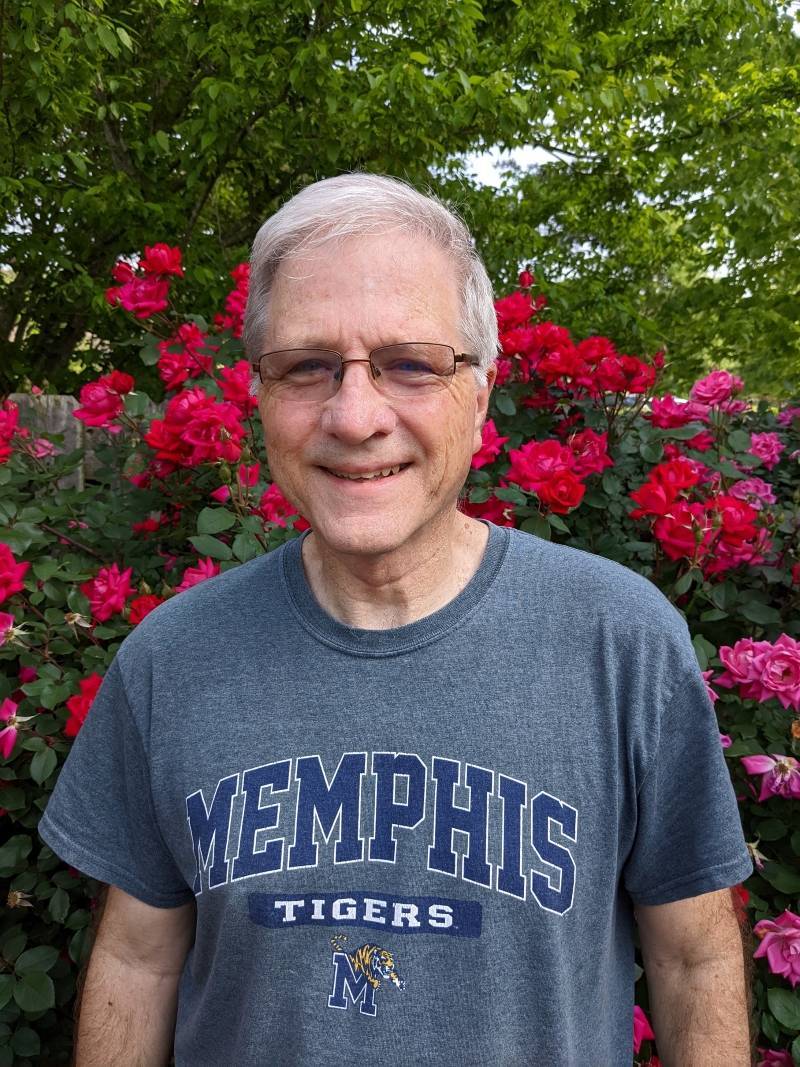 Dr. Steve Allison attended Harding College where he obtained a BS in Physics in 1972, after this he completed a M.S. degree in Physics from the University of Memphis in 1974.  Finally he completed a Ph.D. degree in Engineering Physics from the University of Virginia in 1979.  His subsequent career included time at Oak Ridge National Laboratory and after that in personal company. He has been involved in many projects for the Department of Energy, Air Force, NASA, and other government, university, and industrial customers. His activities spanned basic and applied research and development and usually involved lasers and fiber optics.  His major specialty is phosphor thermometry, a noncontact means for measuring temperature in difficult situations and applicable even at extremely high temperature such as inside jet engines. Dr. Allison kindly agreed to share some of his experiences and thoughts about Physics and life with us.

Gustav Borstad: What piqued your interest in physics?

Dr. Steve Allison: Science and science fiction, with their rocket ships and futuristic gadgetry backed by eerie electronic music,  captivated me as far back as I can remember.  It was the 1950’s, the beginning of the television era, we were educated by science shows like Mr. Wizard and the Bell Telephone Hour. The 1957 news reel cartoon of Sputnik circling the earth made an especially big impression. I took it as a harbinger that wonderful things were about to happen.  I grew up expecting continual scientific discovery and technological advance. Eventually learned that the fundamental field of science that was behind much of this is physics.

GB: When did you know you wanted to study physics?

SA: At the end of the seventh grade, without warning, a ninth grader whom I admired gave me an impromptu personal lecture about the Bohr model of the atom and the construction of the periodic table.  The next day I hit the library and the quest began to learn about the atom and physics generally.

GB: If something about the Physics program at the University of Memphis really impacted you positively, what was it and what effect did it have?

SA: I arrived at the university in the fall of 1972, having received a BS in Physics from Harding College in Arkansas.  The MS in physics program at the U. of M., completed in 1974, delivered precisely what was needed to prepare me for doctoral work.  Had always had a fascination with lasers, still a relatively new invention at the time, so was fortunate to have the opportunity to work with the department’s homemade ruby laser.  Our Quantum Mechanics teacher, Prof. Wayne Jones, was a graduate of the U. of Virginia and inspired me to continue my education there, which I did, receiving a doctorate in Engineering Physics in 1979.

GB: How has studying physics helped you professionally (and even personally!)?

SA: It resulted in the opportunity to work at Oak Ridge National Laboratory for thirty'three years and then with my small company these past ten years doing what I love. It provides even now for meaningful research and development work, meeting interesting people, and travel to fascinating places.  Does physics have any effect on your hobbies and personal interests?  I have a small lab in my home and enjoy performing experiments, collaborating with Prof Firouzeh Sabri at the U of M as well as other colleagues elsewhere, and publishing and presenting the results.

GB: Do you have any advice for a student who is considering physics as a major?

SA: If you love physics, you can make it your life’s work and find fulfillment in that.  But also, through the years I’ve encountered or read about successful people from all walks of life who had undergraduate or even graduate degrees in physics, yet excelled at their eventual chosen careers in finance, management, medicine, law, or any of many other professions.  I think the discipline and mental skills nurtured by studying physics afforded them those opportunities.

GB: Do you have any guidance or encouragement for students already in the program?

SA: Involve yourself with professional societies. The International Society of Automation (ISA), in my case, allowed for networking,  learning experiences and awards, culminating in being named a Fellow.  My productivity and job satisfaction improved upon becoming active.  My only regret is not getting involved sooner with them and other societies as well.