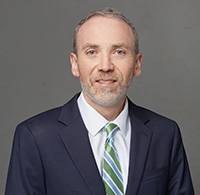 Dr. James Murphy has published over 120 papers and chapters related to college student drinking, addiction, brief motivational interventions, and behavioral economics. After graduating from Seton Hall University with his bachelor's degree, he completed his Ph.D. in Clinical Psychology at Auburn University in 2003 and a clinical internship and NIAAA-sponsored postdoctoral research fellowship at Brown University.

Dr. Murphy's research has been funded by the National Institute on Alcohol Abuse and Alcoholism, the U.S. Department of Education, and the Alcohol Research Foundation (ABMRF). 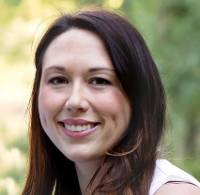 Biographical Sketch
Dr. Ashley Dennhardt received her Bachelor of Arts degree from the University of Iowa in 2006 and her Ph.D. in Clinical Psychology from the University of Memphis in 2013. Prior to graduation, Ashley completed her clinical internship at the Memphis VA Medical Center and conducted a randomized controlled trial as part of her dissertation titled The Role of Affective and Behavioral Economic Factors in Predicting Response to A Brief Intervention for Alcohol and Illicit Drug Use in College Students. She continues to work with Dr. Murphy in the HABIT lab as a Research Assistant Professor and is the project director of project BETA. She also teaches several online courses at the University of Memphis. Her research interests include addictive behaviors, brief interventions and behavioral economic and affective factors that contribute to poor response to substance use interventions. 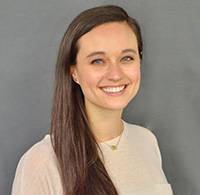 Biographical Sketch
Kathryn received her Bachelor of Science degree in Psychology from the College of Charleston in 2012. She worked as a post-baccalaureate research assistant at the Medical University of South Carolina from 2012 to 2015 and subsequently enrolled in the Clinical Psychology doctoral program at the University of Memphis. Kathryn worked in the HABIT lab as a research assistant and clinician on two of Dr. Murphy's brief intervention trials to reduce heavy alcohol and cannabis use in college student young adults. Her research interests include utilizing behavioral economic principles to better understand the relation between negative affect and substance misuse in young adults, as well as the development and utilization of technology, in order to improve brief interventions for this population. As such, Kathryn's master's thesis focused on elucidating behavioral economic mechanisms that may play a role in the relation between negative affect and alcohol-related problems in young adults. Kathryn is currently in her 5th year and working on her NIH (F31) funded dissertation project evaluating the feasibility and preliminary efficacy of a text-message delivered brief intervention for reducing alcohol misuse in young adults. 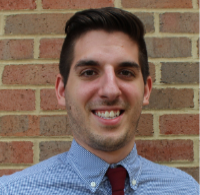 Biographical Sketch
Andrew graduated from Cedarville University in December 2015 with a B.A. in Psychology. Andrew is in his fourth year in the Clinical Psychology Ph.D. Program and is currently working to further develop his research interests and clinical skills in the area of health and addiction. His current interests involve examining how principles of motivational interviewing and behavioral economics can be used to decrease substance misuse and increase long term goal commitment and future orientation. His other interests include enhancing existing brief interventions by adding novel components, evaluating the impact of social environment on substance use severity and response to treatment, and examining co-use of multiple substances and associated potential functional impairment 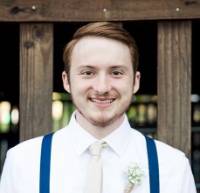 Biographical Sketch
Samuel obtained his B.S. in Psychology from Harding University in 2015, and his M.S. in General Psychology from the University of Memphis in 2017. He is currently in his third year of the Clinical program at the University of Memphis. Samuel is working in the HABIT lab to gain expertise in the areas of behavioral economics and addictive behaviors. He hopes to contribute to better quantifications of the context in which addictive behaviors occur. His research interests include: 1) understanding the emotional, behavioral, and environmental antecedents to addictive behaviors; 2) developing a more robust explanatory framework of comorbidity between addictive behaviors and other forms of psychopathology; and 3) translating known malleable risk factors for both substance use and comorbidity into effective and feasible interventions. 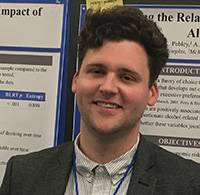 Biographical Sketch
Kevin received his Bachelor of Science degree in Psychology from UCLA in 2012 and his Master's degree from San Diego State University in 2017. He is currently a second-year student in the Clinical Psychology Doctoral program in the Clinical Health research area and a research assistant in the HABIT lab. His research interests include advanced quantitative methods and how those methods can be used to identify and understand trajectories of substance misuse in young adults. 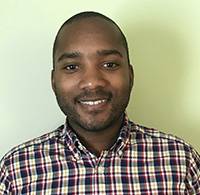 Biographical Sketch
Jay received his Bachelor of Arts degree in Psychology from the University of Arkansas at Little Rock in 2014. He is currently interested in using behavioral economics to examine choice behavior in addiction and substance use in college students, Veterans and African American emerging adults. More specifically, he's interested in the relationship between psychosocial adversities (e.g. microaggressions, adverse childhood experiences), post-traumatic stress disorder and negative alcohol related consequences and the implementation of digital health interventions to improve population outcomes. 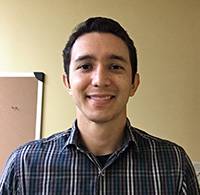 Biographical Sketch
Ulysses Savage graduated from the University of California –San Diego in December 2014 with a B.S. in Physiology and Neuroscience as well as a B.A. in Psychology. Ulysses is a third year in in the Clinical Psychology Ph.D. program with interests in trauma and addiction. His current interest includes looking at behavior economic variables that moderate the effects of intentions (e.g., readiness to change) on changes in drinking (e.g., consequences associated with alcohol consumption