The Arthur C. Graesser Presidential Award for Lifetime Achievement in Research is the highest level of research recognition available to University of Memphis faculty and was established during the University's Centennial in 2013, when it was first awarded to Dr. Arthur C. Graesser on February 28, 2012. The award is given periodically to a full professor who has made significant contributions to the research enterprise and reputation of the University through an exemplary and sustained record of academic scholarship, research collaboration, mentoring, and university citizenship. 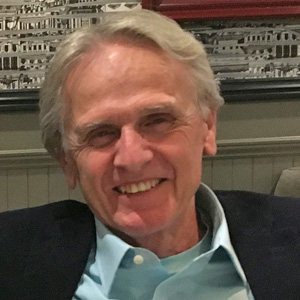 Professor and Plough Chair of Excellence, School of Communication Sciences and Disorders

D. Kimbrough Oller, University of Memphis Professor and Plough Chair of Excellence since January 2002, studied at the University of California (Berkeley) and the University of Texas (Austin), where he completed his Ph.D. in Psycholinguistics (1971). His appointments include faculty at the University of Washington, Director of the Infant and Child Speech Laboratories and the Bilingualism Study Group at the University of Miami (1976-1997), and chair of the Department of Communication Sciences and Disorders at the University of Maine (1997-2001). Since 2008, he has been a permanent external faculty member of the Konrad Lorenz Institute for Evolution and Cognition Research (Klosterneuburg, Austria). Oller has received funding from the National Institutes of Health and many other sources continuously since 1971, and he has published over 220 articles, 4 books and 2 journal volumes as an editor. Currently, he is Vice President for Research and Academic Development for the Council of Academic Programs in Communication Sciences and Disorders. Oller was elected as a Fellow of the American Speech-Language Hearing Association (ASHA) in 2004 and has since been awarded the Honors of the association. In 2011, one of Oller's scientific research articles was recognized by Autism Speaks as one of the top 10 achievements in autism. Moreover, Oller is a permanent member of the Scientific Advisory Board of the LENA Research Foundation of Boulder, Colorado. At the University of Memphis, he directs the Infant Vocalization Project and the Language Evolution Project. 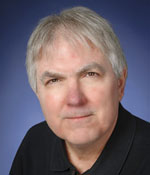 Art has been Principal Investigator or co-PI on 70 grants or contracts accounting for approximately $45 million of external funding for the University of Memphis. This funding has primarily come from National Science Foundation, Institute of Education Sciences, National Institutes of Health, Office of Naval Research, Army Research Laboratory, and Advanced Distributed Learning.

Art served as editor of the academic journals Discourse Processes (1996–2005) and Journal of Educational Psychology (2009-2014) and as president of the Empirical Studies of Literature, Art, and Media (1989-1992), the Society for Text and Discourse (2007-2010), the International Society for Artificial Intelligence in Education (2007-2009), and the Federation of Associations in Behavioral & Brain Sciences (2012-13).  He has participated on four OECD expert panels on problem solving: the 2011 Programme for the International Assessment of Adult Competencies (PIAAC) on Problem Solving in Technology Rich Environments, the 2012 Programme for International Student Assessment (PISA) on Complex Problem Solving, PISA 2015 Collaborative Problem Solving (chair), and PIAAC Complex Problem Solving 2021. He has been a member of four expert panels of the National Academy of Sciences, Engineering, and Medicine, including the recent panel on the second edition of How People Learn.