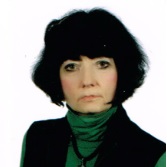 It was a good day for the University of Memphis back in 2013, when Dr. Irena Lasiecka decided to leave an endowed professorship at the University of Virginia after 26 years and become a Distinguished University Professor and Chair of Memphis’s Department of Mathematical Sciences. According to one of her academic peers, her move “jolted the professional community and instantaneously brought world-wide visibility and reputation to the … University of Memphis.”

Lasiecka is a towering figure in her field, combining innovative research, success at recruiting PhD students and post-docs as well as serving the larger mathematics community through a busy schedule of teaching and lecturing all over the world. She is also co-Editor-in-Chief of two academic journals, Applied Mathematics and Optimization and Evolution Equations and Control Theory.

“Partial differential equations involve a lot of pure mathematics, and that was what I was trained for very early in my studies,” she said.

Lasiecka grew up in Poland, and decided on a career in mathematics after her father convinced her that she wasn’t suited for the architecture career she first thought she would pursue. She earned both her Masters and PhD (in three years) in the early 1970s at the University of Warsaw.

It was good timing: Lasiecka earned her degrees after Sputnik in 1957 and as the global space race fueled the need for specialized mathematics. Poland was part of the Soviet Union then, and “it was a good environment for me, being a mathematician,” she said. “There was a lot of support in my country, in Poland, at the time, as well as through collaborations between Western and Eastern partners.”

Control theory of partial differential equations remains critical in advancing both aviation and aerospace as well as many other scientific disciplines; Lasiecka’s research has been supported for decades by the National Science Foundation, Division of Mathematical Sciences, as well as NASA and the Air Force, among many others. Her research has made her one of the most frequently cited mathematicians in the world. Lasiecka won the Willard R. Sparks Eminent Faculty Award at the University of Memphis in 2020, which recognizes one faculty member who has made outstanding and sustained contributions to scholarly and creative activities and is the highest distinction the university bestows on a faculty member.

Explaining control theory, she said, “Your goal is to control something -- for example, the temperature in this room or the oscillation of an airplane wing. But the main issue is somehow to understand the phenomena. After you have a good understanding of the model, you try to predict what can happen. Finally, you have to act, and that’s exactly when the control comes, okay? You have to do something to achieve the desired target.” Or to understand why an aircraft – or spacecraft – might fail in flight. Or a bridge might suddenly fall down.

In fact, her presentation slide of the famous 1940 Tacoma Narrows Bridge collapse, caused by wind turbulence, is a favorite.

“The study of fluids is related to turbulence … a similar thing is oscillations, and often you want to reduce the oscillations of a building” or a bridge, as in Tacoma, she said. “There are certain operating structures and physical laws which can be altered or impacted by applications of control. But first you need to understand why it happened. People working in experimental science can provide some prediction. Then we try to confirm or understand it better from the point of view of mathematics. That’s exactly what the goal is.”

In fact, understanding something new and being able to impact a particular problem is the part of Lasiecka’s research that she is most proud of. “The example of this bridge, I can tell you that it’s a nice part of research that you understand why it collapsed. It was confirmed by physicists and engineers with experimental science. Everything became clear.”

That moment of clarity is part of what motivates the researcher in Lasiecka, as she described why she’s so passionate about her work in control theory. “As a student, you enjoy it, you understand something. Eventually, you obsess almost, to the point of being addicted to the problem. At some point, things clarify, though it’s often difficult to say why. This moment of euphoria is a very rewarding moment, though it’s not unique to mathematics. It’s unique, in general, to researchers. It’s why they’re doing what they’re doing.”

Lasiecka’s work is collaborative, explains colleague Dr. Roger Temam, Distinguished Professor of Mathematics at Indiana University, and involves “a broad array of modern and deep mathematical techniques put at the service of applications and interdisciplinary research. The problems studied in her research are motivated by, and ultimately directed to, the engineering and applied sciences.”

Communicating across disciplines is challenging, said Lasiecka, but “can be extremely helpful. You have to somehow communicate what you discover.”

She points to a strong campus culture right now at the University of Memphis. “I enjoy very much teaching, interacting with the students. In fact, I have had over 30 PhDs. Their success very much compensates for all the difficulties and uncertainties.”

What’s next for her research?

“Some of the research I’ve been doing – like stabilizing oscillations and things related to safety – you can do the same thing with the negative side, and it becomes energy harvesting. For instance, you want oscillations to create energy like windmills. There is a lot of research that can be taken from the past and given a different spin in line with the present climate in research.”

What would most help her reach her research goals?

Her answer is unsurprising: “More time.”