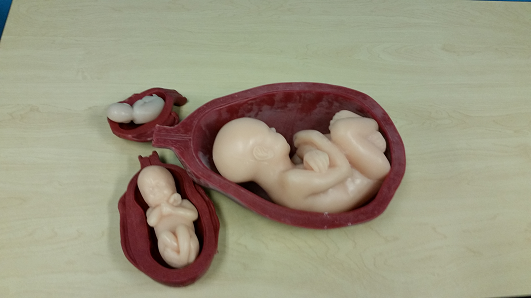 In the summer of 2016, I served as a research intern at Christ Community Health Services to support and evaluate their Life Story Prenatal Care Program. Through participant observation, focus groups, surveys, and evaluation techniques I assisted in the collection and analysis of Life Story Data in order to facilitate physician referrals to promote healthy pregnancy, parenting, and support plans for the expansion of the program across CCHS clinics.The end goal of this practicum was to improve community awareness and access to critically needed options in prenatal care within under-served communities in Shelby county. 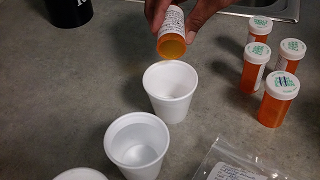 The focus of my practicum project was to better understand the experiences of Marshall Islanders living with tuberculosis in Northwest Arkansas. Over ten weeks in the summer of 2016, I conducted original ethnographic research in the Dr. Joseph Bates Outreach Clinic in Springdale, AR, home to one of the largest Marshall populations in the US. This project was done in collaboration with the Arkansas Department of Health who expressed interest in improving their services offered to this population, especially those relate to TB. My study included participant observation in the clinic and community, key informant interviews, and explanatory model interviews with Marshallese community members. The end goal of this project is to assist the health department in crafting more effective TB interventions and to advocate for this often-misunderstood migrant population. 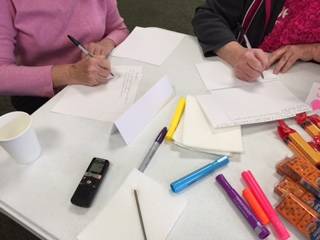 For my practicum, I worked at American Lebanese Syrian Associated Charities (ALSAC) over the summer of 2015. By examining existing research and using anthropological theory, I wrote and delivered several reports: 1) the meaning of donating to St. Jude in honor or memory of someone special; 2) fundraising experiences of participants in marathons and other fitness events; 3) understanding mission bias; and 4) gender and giving.

I designed a focus group project to examine gendered motivators for giving to St. Jude. In order to understand donating more generally, I facilitated two additional focus groups. The analysis in ongoing, so be sure to come to the Practicum Forum to find out what I learned. 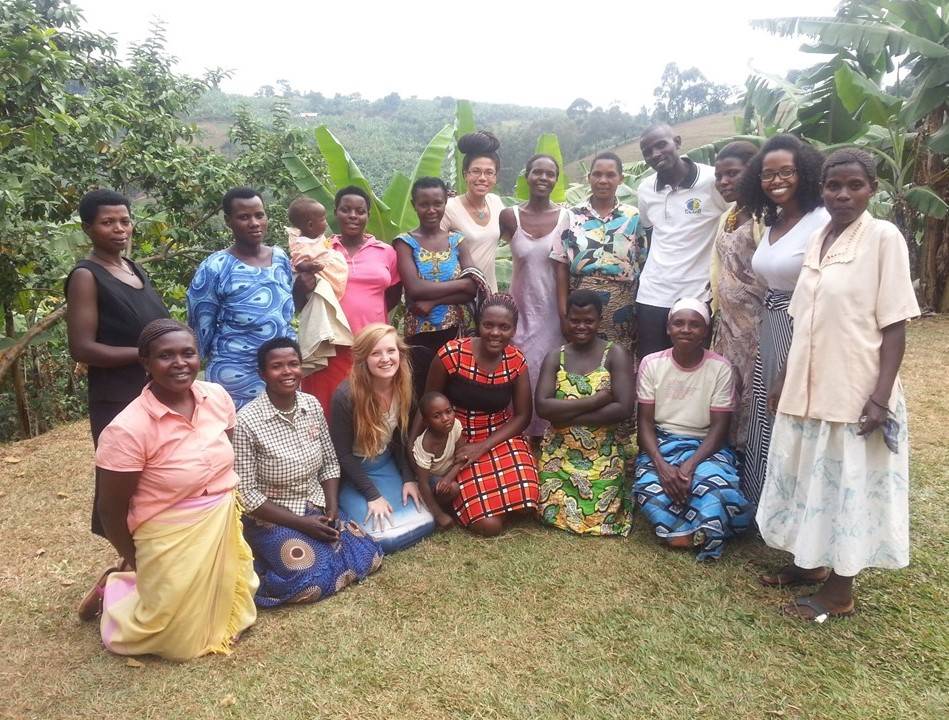 In the summer of 2015 I traveled to the southwestern region of Uganda as a site supervisor for the Minority Health and Health Disparities International Research Training (MHIRT) Program, where I conducted research at a small community-based health insurance (CBHI) organization and a local health clinic. We were particularly interested in conducting a needs assessment for the clinic, as well as uncovering local health needs and the feasibility of those being met by the clinic. We conducted interviews, surveys, a focus group, and observed daily activities at the clinic and the health insurance office in order to understand different views of public vs. private health care systems, local health beliefs, and the challenges people face in accessing quality and affordable health care. Our goal is to develop recommendations for the health plan to be able to increase membership and the number of people for whom they can provide services, as well as for the clinic itself to be able to provide valuable, much-needed services to the community.

My practicum focuses on empowering a historically marginalized community through the preservation of the historic Mt. Carmel and Hollywood Cemeteries located in the South Memphis neighborhood. I am using the Florida Public Archaeology Network's Cemetery ResourcesProtection Training (CRPT) as a model for training community volunteers to preserve, clean, maintain, and repair historic gravestones. To support these efforts, I am assisting a grassroots community group in forming a 501(c) 3 non-profit organization.

I worked on a study sponsored by The Nature Conservancy in Tennessee, aimed at understanding public perceptions of forest health and common 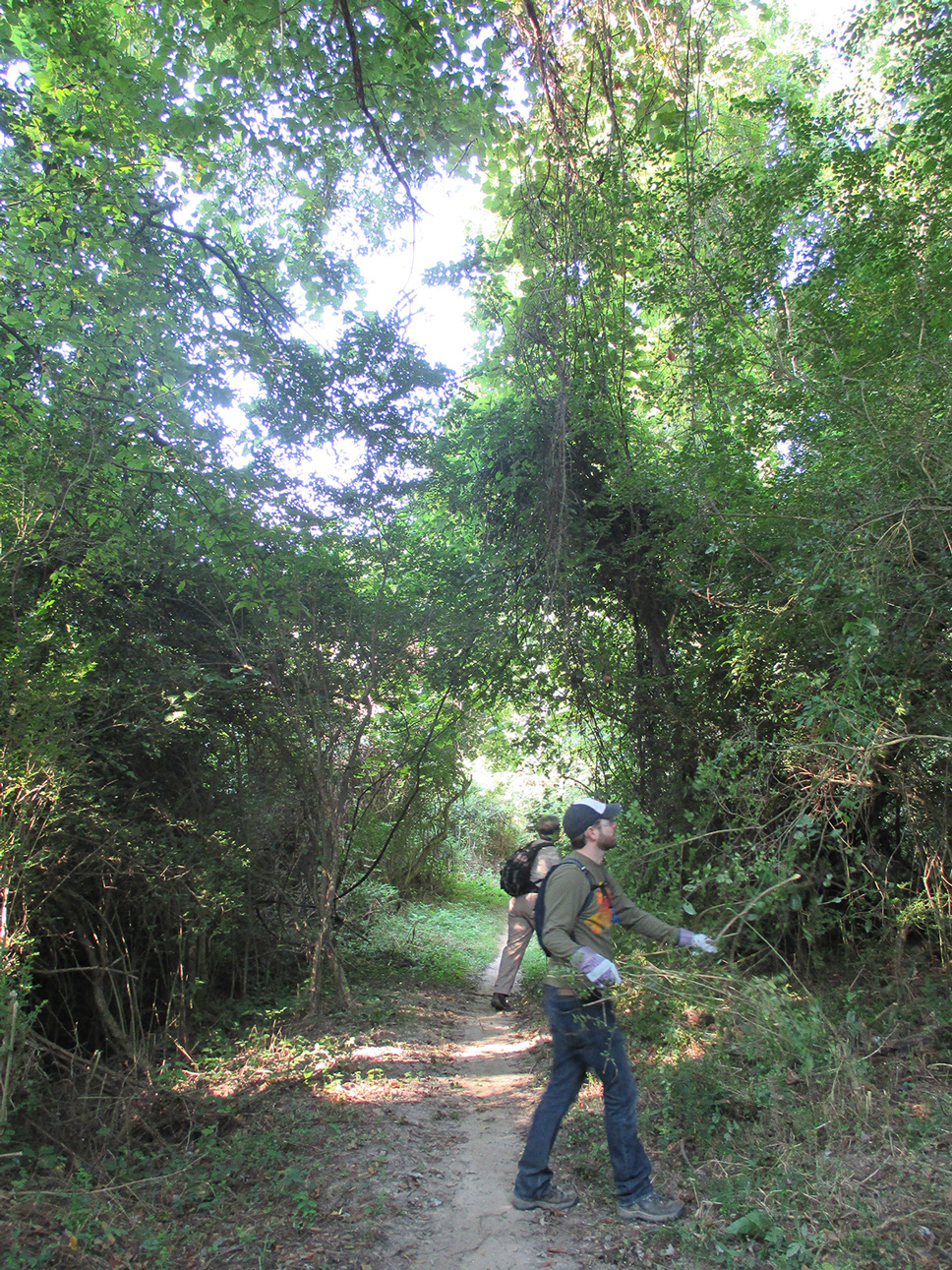 forest management techniques, e.g. herbicide treatments or prescribed burning, in urban natural areas. The project is focused on two state natural areas in Memphis: The Old Forest State Natural Area at Overton Park and the Lucius Burch Jr. State Natural Area at Shelby Farms Park. Each of these forested areas faces a potential threat from invasive plant species. Invasive plants are non-native plants that are able to outcompete native plants and "choke out" the forest. According to many, the removal of these plants is crucial to protecting the future health of the natural areas.

Though the project extends beyond my practicum, I have spent the summer months writing a forest management best management practices report for The Nature Conservancy. The report was based in part on telephone interviews with park managers and ecologists at Forest Park in St. Louis, MO and Radnor Lake State Natural Area in Nashville, TN. I have conducted participant observation at park events like nature hikes and invasive species removal efforts. Finally, in an effort to understand people's ideas of nature, forest health, and the removal of invasive species, I have spent time surveying in each park and have interviewed some key stakeholders and am in the process of conducting a series of focus groups with park user groups and advocacy groups.

This practicum experience is part of a larger project led by Dr. Keri Brondo. The study will continue through May 2015.

I completed my practicum with Southern Growth Studio, a strategic business growth firm specialized in market strategy and innovation. I 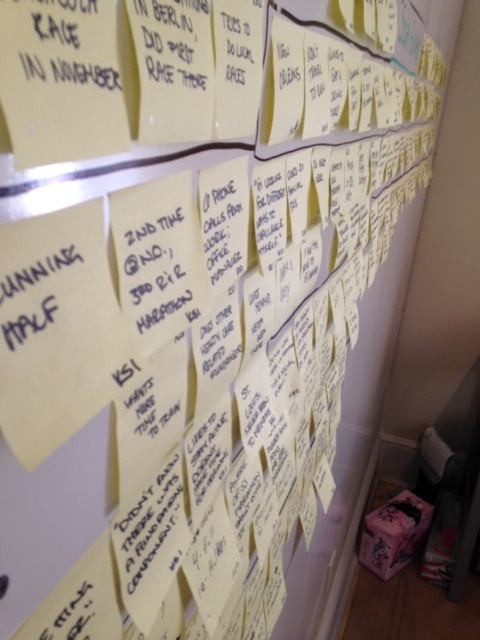 worked as an Ethnographic Researcher on a project for a big children's research hospital. With a multidisciplinary team we conducted research onto the fundraising through fitness events to understand who the most important donors are, in order to give tangible and innovative solutions to increase donations. The research was done along the lines of the Design Thinking Method - a creative method that is often used in the world of innovation and design. Besides gaining experience and knowledge and further developing myself professionally, my practicum also allowed me to travel to New Orleans, Austin, and Nashville to conduct research.

I worked for the Service Employees International Union (SEIU) on a campaign to unionize adjunct professors at private universities. I had previously worked for SEIU in Minneapolis, but never with adjunct professors. My dad was an adjunct while I was growing up, so I was already aware how difficult a job it was.

I was shocked to learn some statistics about higher education - more than 50% of faculty are now part time, and wages are very low. Professors at one school I worked at earned less than the unionized janitors on campus. In Reclaiming the Ivory Tower, Joe Berry writes that part time faculty only earn an average $12,100 from teaching (7). Benefits are non-existent. At one school where we organized, adjuncts were the only group of people on campus who were not allowed to use the campus gym - something the university president changed once the union campaign began! Most adjuncts don't have offices, instead working out of their cars, as they rush from one university to another to teach.

I worked as a researcher on these organizing campaigns, helping provide the background information and support necessary for a campaign. As a researcher, I was able to use many of the skills I learned from a data analysis class last Spring. 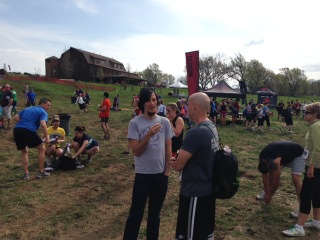 I worked through a consultancy agency with a major research hospital in Memphis, TN to categorize those who donate to their cause. This included conducting intercept interviews with both supporters and non-supporters, documenting relevant data from each interview, and analyzing this data for common characteristics within groups of interviewees. The end result was a clear list of personas including the research hospital's supporters and non-supporters for three different charity 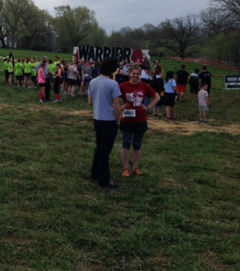 fitness events. We also offered guidance on how to increase current donations and possibly convert some members of the non-supporting personas into members of a supporting persona. One tangible implementation included that of a combined fitness training and donation program for at least one of the events researched.

This summer I conducted my practicum at the VA Hospital. I am currently working on a telephone support group for spouses of deployed soldiers. The support groups are designed to offer education, skills building, and stress management techniques as well as offer resources and support. I have been involved in data collection for a VA assessment to determine participants' perceptions of the project. I've also been conducting data analysis for a similar project that was conducted in 2012 called Spouse READI. The project dealt with helping spouses with reintegration issues following their service members' return home from deployment. I've been conducting data analysis on the qualitative data looking at the participants' perceptions of social support.

Over the summer, Jenessa Gebers (Dual, '15), completed her practicum with Uganda Village Project. She lived and worked in rural Iganga District, Uganda, with an interdisciplinary team which focused specifically on water, sanitation, and hygiene (WASH). As a team they worked in several villages, conducting needs assessments, learning from Water and 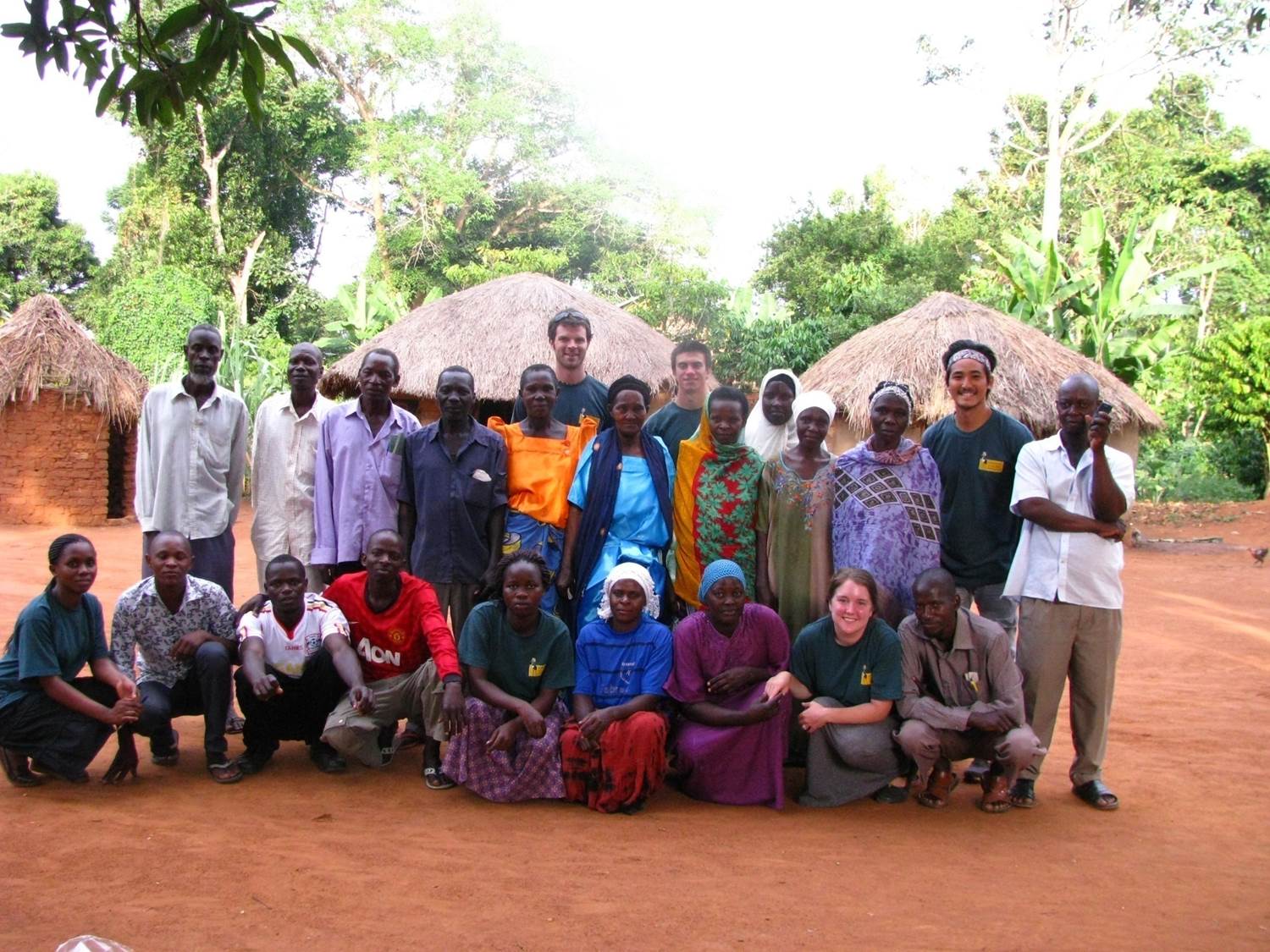 Sanitation Committee and Village Health Team members, facilitating meetings between community members and the District Water Office, and teaching WASH in schools. Additionally, Jenessa conducted research examining the barriers to water access where they were working, the health problems that arise from limited access, and the effectiveness of community-based solutions. She will present her practicum on December 1st at the Anthropology Department's Practicum Forum and also hopes to present a paper of her findings at the SfAA Annual Meetings in March of next year.

I have been working on my practicum with Green Leaf Learning Farm, a program of the local non-profit Knowledge Quest. Green Leaf is a 2/3 acre, USDA-certified organic farm in the heart of South Memphis that educates students about urban agriculture and healthy eating. We developed a survey that I administered to different residents and community members of the Soulsville neighborhood in an attempt to gauge their current and future involvement in Green Leaf programming and urban farming. The next step is to pool together ideas for new programming via focus groups.

This summer I began my practicum with Memphis Teen Vision, a coalition working on teen pregnancy and teen parenting issues. I'm collaborating with the coalition's three working groups on separate projects including a parenting resource directory, research support for a comprehensive sex ed policy, and tools to support teen friendliness in clinics. I also continued working at the Center for Research on Women, contributing to the production of two program evaluations. 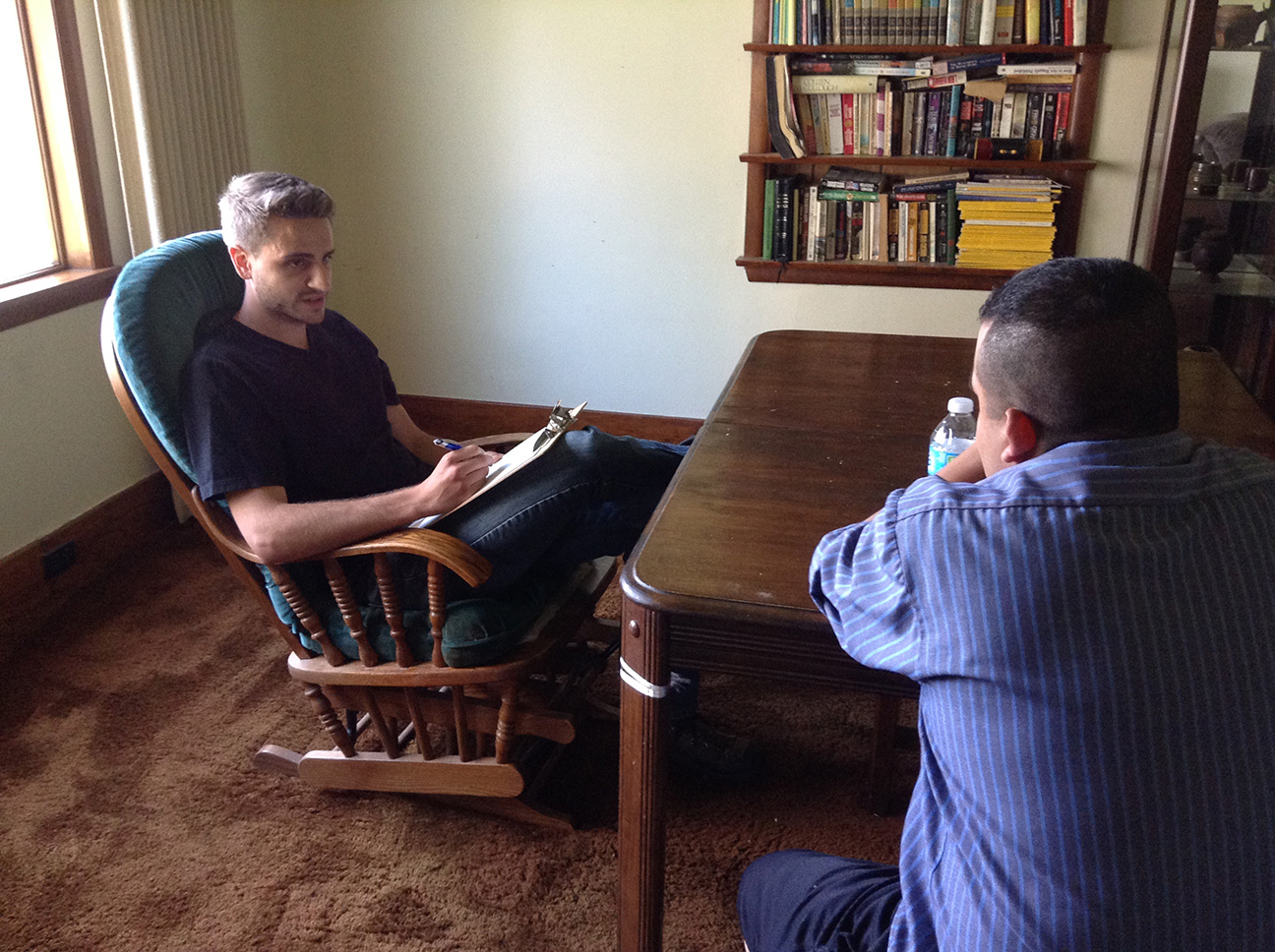 This summer, in fulfillment of my practicum, I completed an internship at the National Farm Medicine Center (NFMC) in Marshfield, Wisconsin. My placement was part of the Occupational Health Internship Program (OHIP), which places teams of interns in unions or worker organizations throughout the US to work on occupational health projects in high-risk or under-served jobs. My internship partner was Ivanna Pereyra (BA, Salisbury University). Our main task was to work with the research team on the Seguridad en las Lecherías project, which is

exploring a safety intervention for immigrant Latino workers in the dairy industry of Wisconsin. The Seguridad project is designed and being implemented by NFMC, Migrant Clinicians Network (MCN), and the Upper Midwest Agricultural Safety and Health Center (UMASH). We traveled to participating farms in Wisconsin and assisted in various forms of data collection such as questionnaires, interviews, focus groups, and training assessments. We also contributed to the Spanish curriculum design, safety trainings, and overall operations at NFMC. The experience was a great way to put classroom knowledge to practice and will serve as a springboard for my future research.