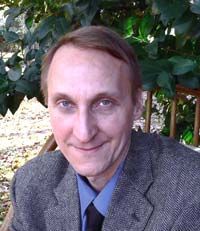 Broadly speaking, my research interests concern the history of religions and ideologies in modern time. Geographically, I am focused on Eurasia with an emphasis on Europe and Russia/Siberia. My earlier research dealt with religions and nationalities of Siberia and Inner Asia. The second theme of my interest is the history of Western Esotericism and counterculture. My book, The Beauty of the Primitive, which deals with the cultural history of shamanism, reflects this interest. Teaching courses on Russia/Soviet Union lately drew my attention to Soviet nationalities polices and the history of Socialism and Communism. I also serve on the editorial advisory board of such journals as Ante Portas: Security Studies (Poland), Siberica, and Alaska History.

"Buddhist Prophecy and Making of Altaian Ethnicity, 1880s-1920s." This is a book chapter project that will examine the links between religious prophesy and ethnicity among the Altaians (Oirot), a group of Turkic-speaking nomadic tribes in southern Siberia/Inner Asia , whose lands became the object of Russian colonization in the 1880s. The essay is focused on Ak Jang ("White/Milk Faith"), an ethno-religious revitalization movement that incorporated Shamanism, Tibetan Buddhism, and Russian Orthodoxy in a peculiar spiritual blend that later served as a foundation for the Altaian nationalism in the late Russian Empire and early Soviet Russia.

Socialism: A History of a Secular Creed. This book project is an ambitious attempt to explore the fate of the sacred in the age of modernity, when declining traditional religions became replaced or complemented by secular ideologies or what some scholars call political religions. Because Socialism, one of these ideologies, came to shape the identity of large groups of people in various countries, it attracted my attention, and I decided to examine it as a historian of religions and cultures.