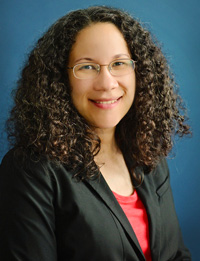 Modern Middle East; Ottoman Empire; Intro to Islamic Civilization; The Politics of Health in the Modern Middle East; Understanding the Arab Spring and Uprisings in the Middle East; the Arab-Israeli Conflict; World Since 1945; Studies in Global History: Science, Empire, and Responses; Islamic History to 1405

"Arabo-Islamic Approaches to the Use of Herbs, Potions, and Fragrances for Physical and Spiritual Healing and Magic," Dixon Gallery & Gardens Munch and Learn Series, Memphis, June 7, 2017

I am currently completing a book manuscript on trauma, mental illness, and treatment in Syria and Lebanon since the 1890s through an analysis of hospital records as well as ethnographic data, oral history research, historical fiction, and journalistic non-fiction. I argue that psychiatrists presented mental health treatment to Syrians and Lebanese as more than just a way to control or cure mental illness, but as a modernizing worldview to combat popular ideas about jinn-based origins of mental illness and to encourage acceptance of psychiatry. Hospital staff in Syria were so careful to present a purely psychiatric framework for illness that they distanced themselves almost completely from vernacular healing. This decision hastened a vernacular-psychiatric division in the medical landscape where healing systems in other parts of the Middle East had begun to integrate certain local customs. Treatment devoid of spiritual therapies ultimately delegitimized psychiatry among lower classes. The mental health landscape for Lebanese and Syrians in the twentieth century remained open to non-psychiatric alternatives. The book includes chapters on trauma during periods of conflict, particularly the Lebanese Civil War and the current Syrian civil war, and the resulting humanitarian and refugee crises. The legitimacy of treatment, the professionalization of healers, and the authority of cultural worldviews are central issues to the study of health care provision in the region, but they reflect overarching themes in, and invite comparison to, numerous communities beyond the Middle East where alternative healing systems continue to draw support in the face of increasingly globalized biomedical practices.