Leading While Losing: Benjamin Hooks and the 1980 Presidential Election

The Civil Rights Movement illustrated that there is no one answer to this question. That era provided many models of leadership. Ella Baker empowered local people at the grassroots. Stokely Carmichael cried for Black Power. Martin Luther King, Jr. projected charismatic moral authority, while Roy Wilkins lobbied big-time politicians for transformative legislation.

In his long career as a minister, activist, lawyer, entrepreneur, and political official, Benjamin L. Hooks borrowed from all these models. If neither a grassroots organizer nor a revolutionary firebrand, he nevertheless built the political power of black Memphians, while acknowledging and channeling their frustrations about enduring inequalities. As a member of King’s Southern Christian Leadership Conference, he injected Christian righteousness into the battle for black freedom. And as Wilkins’ successor as executive director of the NAACP, he served as a critical voice for black America in Washington D.C.’s halls of power.

Yet Hooks ran the NAACP in an era of political drift, of disillusion with the results of the Civil Rights Movement, of national inattention to America’s racial barriers. In this trying context, he offered a type of leadership that won few headlines and offered little emotional satisfaction. But it was necessary and important. In 1980, as the United States was electing a new president, Hooks was three years into his tenure with the NAACP. With a careful combination of moderation and principles, he steered the NAACP through the choppy waters of Ronald Reagan’s ascendancy to the White House.

As the NAACP gathered for its annual convention that June in Miami Beach, many African Americans were venting frustrations with black leaders such as Hooks, accusing them of kowtowing to white business leaders and failing to address joblessness. The black unemployment rate was 12.6 percent, more than five points higher than the national rate. Black teenage unemployment was near 30 percent. “Black leaders do a lot of talking,” complained one man in Liberty City, a predominantly African American neighborhood a few miles from the convention and the site of a recent riot. “But that’s all they do – talk.”

Reagan, the presumptive Republican nominee, declined an invitation to speak at that NAACP convention. “One can only wonder whether this decision means that he has written off the black vote,” stated Hooks. “It would be tragic if this was the case.” As a Republican and Richard Nixon’s appointee to head the Federal Communications Commission, Hooks must have been stung by the snub. It signaled the Republican Party’s growing distance from the nation’s racial plight.

President Jimmy Carter did address the convention, warning that Reagan’s proposed tax cuts and Supreme Court nominees would cripple the black march toward civil rights. But the  Democrat was suffering from the continued Iran Hostage Crisis and a faltering economy. Reagan’s victory appeared inevitable. In the convention’s aftermath, Hooks said that “liberal, humane, progressive, racially fair-minded Republicans” had always earned the loyalty of African Americans.

Did African Americans have any future in the Republican Party? Even though the overwhelming majority of blacks would vote Democratic that November, Hooks knew that with Reagan’s victory looming, the NAACP needed a voice in the White House.

Weeks later, Detroit hosted the Republican National Convention. It was Reagan’s coronation as the party nominee. But representatives of the 121 black delegates threatened to disrupt that celebration with a walkout. They wanted Hooks to address the convention. It took three days of negotiations between representatives for Reagan and the delegates, with black leaders insisting that Hooks would strike a moderate tone. Finally, Hooks won a place on the dais.

His speech treaded carefully on unstable political ground. He assured that the NAACP did not engage in partisan politics, promising to make the same case at the Democratic National Convention. He also recalled the traditions of the party of Abraham Lincoln. He quoted Frederick Douglass, one of the first black Republicans: “Unless there is a struggle, there will be no progress.”

Hooks painted a bleak portrait of America’s racial inequalities in terms of housing, employment, income, infant mortality rates, police brutality, and urban decay. He called for programs that delivered jobs, quality integrated schools, public transportation, and energy reform. At times, he won polite applause. But when he acknowledged differences between the NAACP and Republican positions on abortion, capital punishment, and the Equal Rights Amendment, there was silence.

Still, Hooks pleaded for common ground. “As a black growing up in a rigidly segregated society, I have felt the sting of overt and blatant prejudice and segregation,” he orated. “But like the overwhelming majority of black Americans I remain loyal to the American dream. Throughout our long and torturous history, we have been sustained by the faith that one day America would truly be the land of complete and equal opportunity for all. We remain committed to that goal.”

As expected, Reagan crushed Carter in that November’s general election. Hooks knew that some Republicans sought to dismantle the slate of social welfare programs from the 1960s, but he remained optimistic that he could work with both Republicans and Democrats on sensible policies. He chaired a Black Leadership Forum that met with the president-elect, and soon after Reagan took office, Hooks presented the NAACP’s alternative budget, which sought a more gradual curtailment of the federal government’s role protecting and enhancing the well-being of the poor and minorities.

What does leadership look like? No black leader was going to get Reagan to invest deeply in the struggle for African American equality. Some chose to lambaste the party coming to power. Hooks opted for an approach that combined the idealism of the civil rights era with the  practicality of the current situation, seasoned by his own history as a Republican. It was no cure all, but it kept the NAACP relevant in a politically difficult time. It deserves respect. 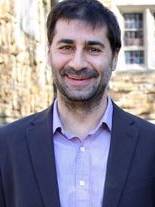 Aram Goudsouzian is chair of the history department at the University of Memphis.